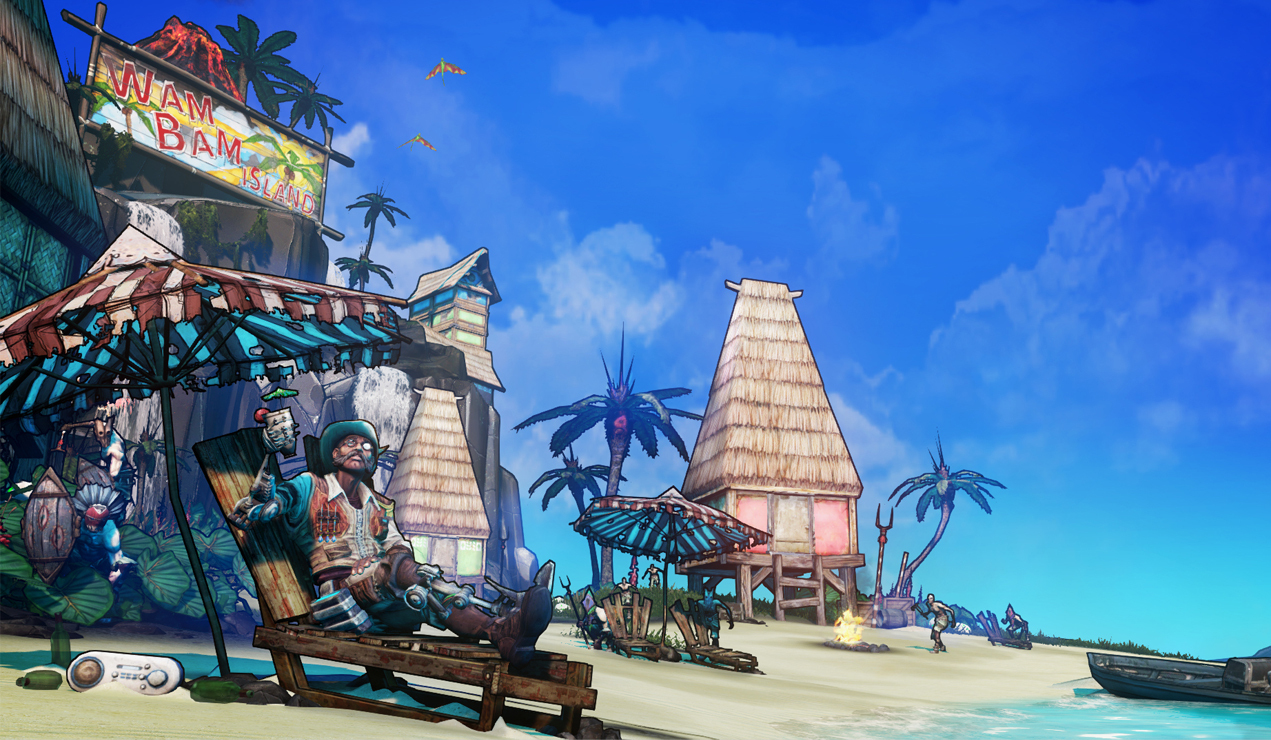 It’s been a long time coming, but today the final DLC pack for Borderlands 2 has been released in North America, with the content heading worldwide tomorrow.

Borderlands 2: Sir Hammerlock and the Son of Crawmerax is the fifth addition to the Headhunter DLC series. The story begins when Sir Hammerlock invites Brick, Mordecai and Lilith to the tropical island resort, Wam Bam Island, only for the relaxation to be cut short when a monstrous beast kidnaps Sir Hammerlock. Naturally, it is then the Vault Hunters’ duty to track him down.

With a familiar face cropping up from the depths of Borderlands’ past, you can expect to be pleasantly surprised and engrossed by your last adventure of the game. As if the content itself wasn’t enough, each character will also pick up a beach-themed skin, just to tie everything up with a bow.

Available on PS3, Xbox 360 and Steam, be sure to pick up Sir Hammerlock and the Son of Crawmerax for your Borderlands collection. For more information, check out the official Borderlands 2 site.