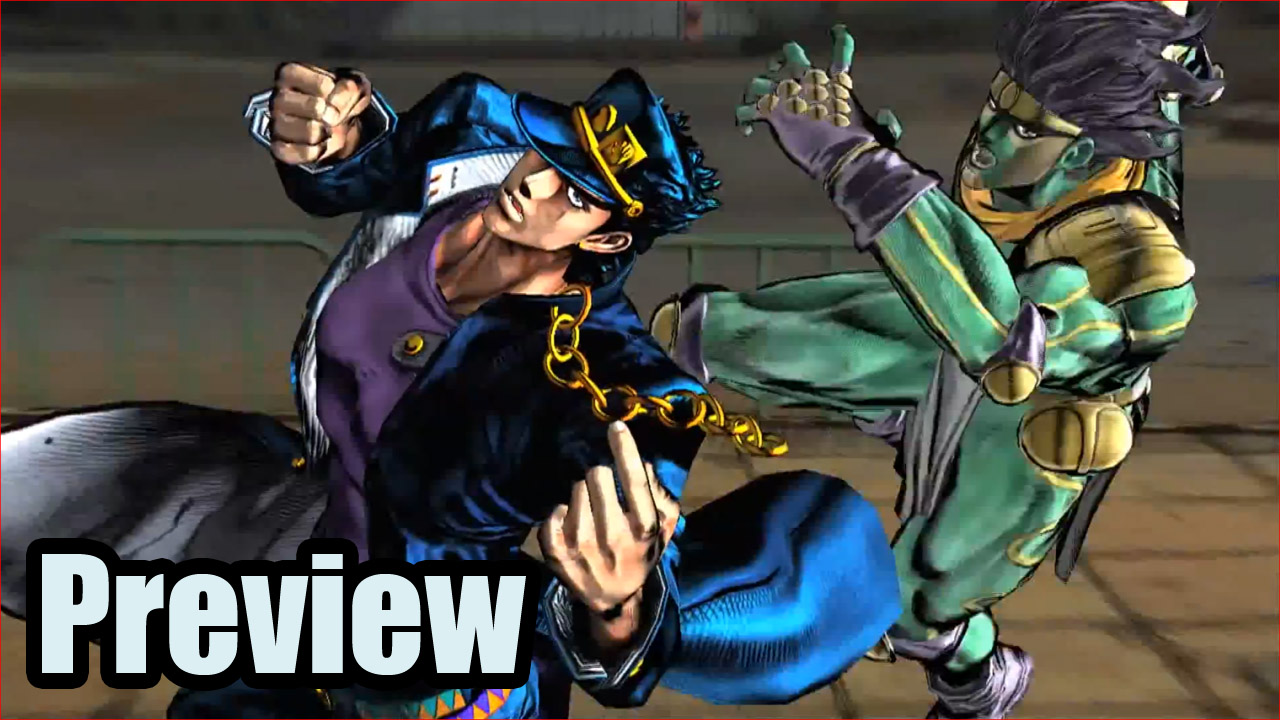 Fighting games have been dominated recently by the well-known talents. Street Fighter IV’s Ultra edition is coming soon and Ultimate Marvel vs Capcom is right up there alongside Tekken Tag Tournament 2. As Killer Instinct also returned on the Xbox One, many gamers are starting to question whether the fighting game genre is going to do something different. This is where the conventional is thrown out of the window and we are graced by the fabulous poses and the rippling muscles of the JoJo series.

JoJo’s Bizarre Adventure has had titles released in the past, mainly showing off the Stardust Crusaders series of the Manga. But for the first time ever, Cyber Connect 2 and Bandai Namco have banded together to bring the game back with the cast from all the series. Add this together with different fighting styles and amazing visuals, and this can become one of the must-have fighting games of the new year. But does this game deserve to bare the mark of the Joestar family? Let us summon our stand and find out.

As the game has been out in Japan for a year, there has been plenty of video footage showcasing the characters, moves and damage outputs. After reviewing the footage since its release there have been a number of different elements of the game put under criticism. This has ranged from long loading times between fights and frame rate drops on certain moves, to damage outputs being incredibly low and a taunt system that doesn’t seem to do anything. It is good to see that the demo has taken these issues into consideration and has improved the game substantially.

In the PS3 exclusive demo, players will be able to fight with three different characters, each with their own unique fighting styles. From Phantom Blood we have the vampiric genius, Dio Brando, from Battle Tendency, the descendant of the Hamon technique, Ceaser, and finally but by no means least we have one of the first stand users of the series, from Stardust Crusaders we are graced with Jotaro Kujo & Star Platinum. When playing as all three of these fighters you will realise that none of their moves cause any frame rate lag in comparison to original launch footage. This is great to see and helps the gameplay run as smoothly as possible.

When dealing with your opponent in the European exclusive arcade mode, you have three different attack buttons and dodge button. Simply pressing the X button at the right time will activate a dodge, which will put you in a better position and give you a chance to capitalise on your opponent. You can also tap the button and a direction in order to execute a dash. The square button, along with being one of your three attacks, can be mashed in order to execute an auto combo. The auto combo also uses one of your special moves if you have the meter to pull it off. It is key to note, however, that you can perform better combo strings if you create your own variation and do not rely on the mashing of square. On top of these inputs, you also have a throw button that can either throw your opponent in front or behind you, but different characters will have different throw ranges.

Another button that is more suited to casual or new fighting game players is L1. Pressing this when you have at least two filled bars of meter will execute your ultimate move that will do the most damage to your opponent. Players that prefer to combo into one of their super abilities can still do so by performing a specific string of moves. The damage output of these moves are fixed, with throws, punches, long combos and supers all doing their fair share of damage. This will allow matches to end sooner with skilled players instead of heading close to the ninety nine second mark.

The final unique touch that the game adds into fighting is the ability to taunt your opponent when they are lying on the ground. By performing this, your opponents meter gets drained by a single bar but they stand back up to their feet. Think of it as a strategic move that can be used to maintain the power of your opponent. In the original Japanese launch, this system was critically flawed as the meter drop was near to non-existent. But now that it is resolved it adds another element to the battles as you will be fighting for health and meter advantage.

JoJo’s Bizarre Adventure All Star Battle is a lot of fun for both new and experienced fighters alike. The demo showcases a lot of what the game promises to bring on launch day and is a must get for any JoJo fan. There are some slight issues with button inputs that may just be demo related at this point, but there is a chance the game will release with a day one patch covering this issue and any others. The demo will be sure to keep you engaged and trained in preparation for the full release later this month.

What do you think of the All Star Battle? Are you feeling the fabulous power or are you dissatisfied with the games style? Let us know your thoughts in the comments and check out the video preview just down below.