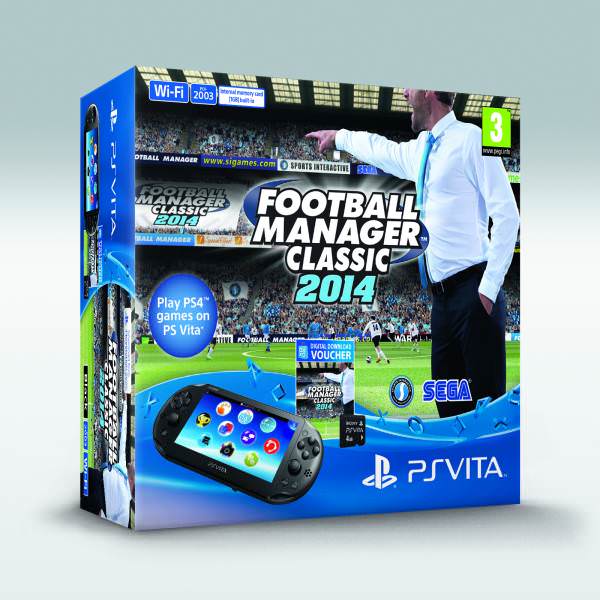 Fans of the Football Manager series have always enjoyed playing the portable versions that have been available on tablets and PlayStation devices. SEGA revealed that the 2014 edition of the game will be coming to PlayStation Vita last year, and the release date was announced in the last week of March. Not content with a solus release, Sony have announced an exclusive bundle, where you get the new PS Vita model, a 4GB memory card, and a download code for a copy of the game.

The Football Manager Classic 2014 Vita Bundle will be in stores and available on online stores on April 11th 2014, the same day as the game on it’s own. Will you be scoring this new bundle for yourselves? Let us know what you think in the comments below.