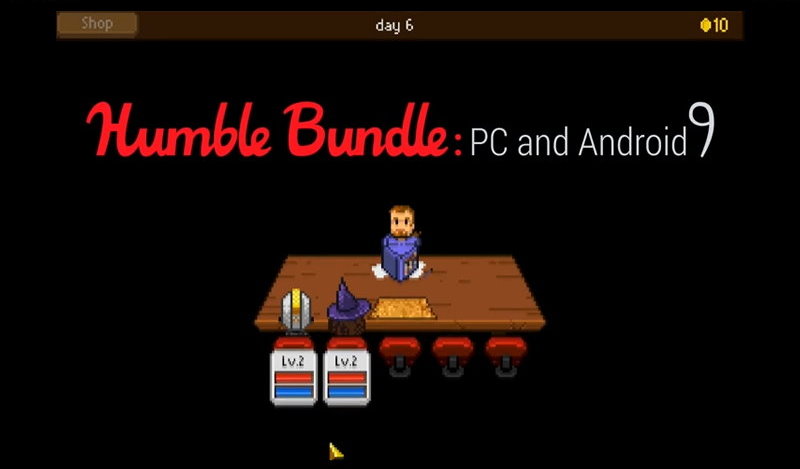 Are you hungry for more deals? Do those deals involve video games? Well look no further. Humble bundle have a new deal on offer. For the next two weeks, you can pay any amount you want for a selection of games and, if you pay above the average, you could get even more for your money.

The games that you can acquire without beating the average price are Broken Sword: The Smoking Mirror Remastered Edition, Bridge Constructor, Type: Rider, and Ravensword: Shadowlands. Broken Sword: The Smoking Mirror is a point and click adventure game that was originally in 1996 but now it has been remastered. Bridge Constructor is exactly what it says on the tin. It’s a simulation program when you are tasked to build bridges to handle the weight of several vehicles. Type:Rider is an intriguing platformer that takes you on a history lesson on fonts and styles. And finally, Ravensword: Shadowlands is an action RPG that pits you against a plethora of mighty and scary enemies and you have to save the world.

If you beat the average, however, you can get Kingdom Rush and Knights of Pen and Paper: +1 Edition. Kingdom Rush is colourful RTS kingdom builder whereby you can battle on different terrains and upgrade your kingdom as you progress. As for Knights of Pen and Paper: +1 Edition, it is a retro, equally colourful RPG that is influenced by classic pen and paper roleplaying.

So, head on over to the Humble Bundle official website to snap up more games to pour your hours into and help the associated charities. Also, take a look at our article about Sega teaming up with Humble Bundle. Game well.