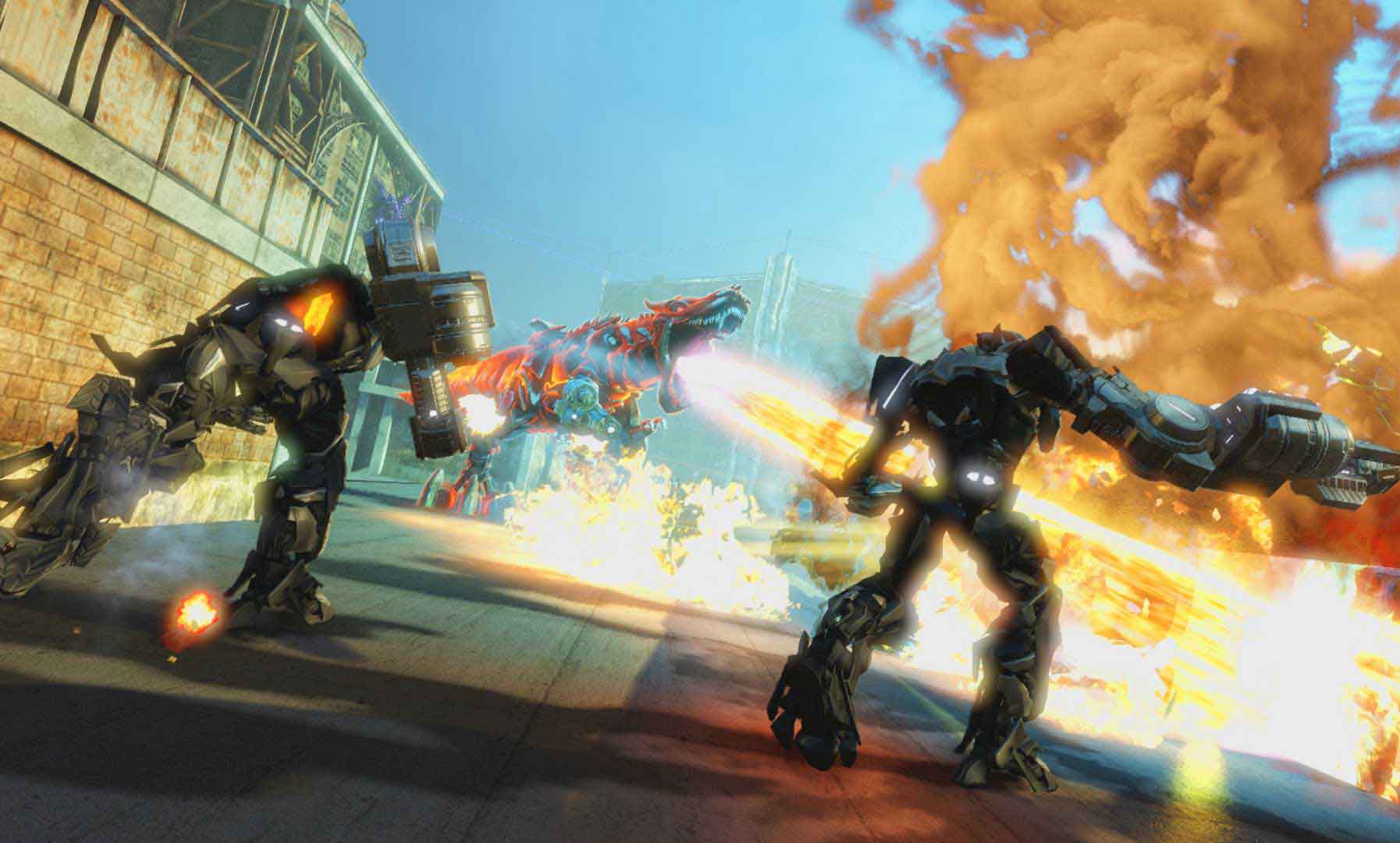 Activision have revealed screenshots and details of their upcoming title, Transformers: Rise of the Dark Spark. This latest addition to the Transformers game series is intended to support the new Transformers film, Age of Extinction, which is due for release this June.

Originally revealed to be combining both the War of Cybertron and movie continuities into one, Rise of the Dark Spark is now set to merge three, with the original Optimus Prime joining the roster, too. The three modes our autobot leader will now be available in are as follows: 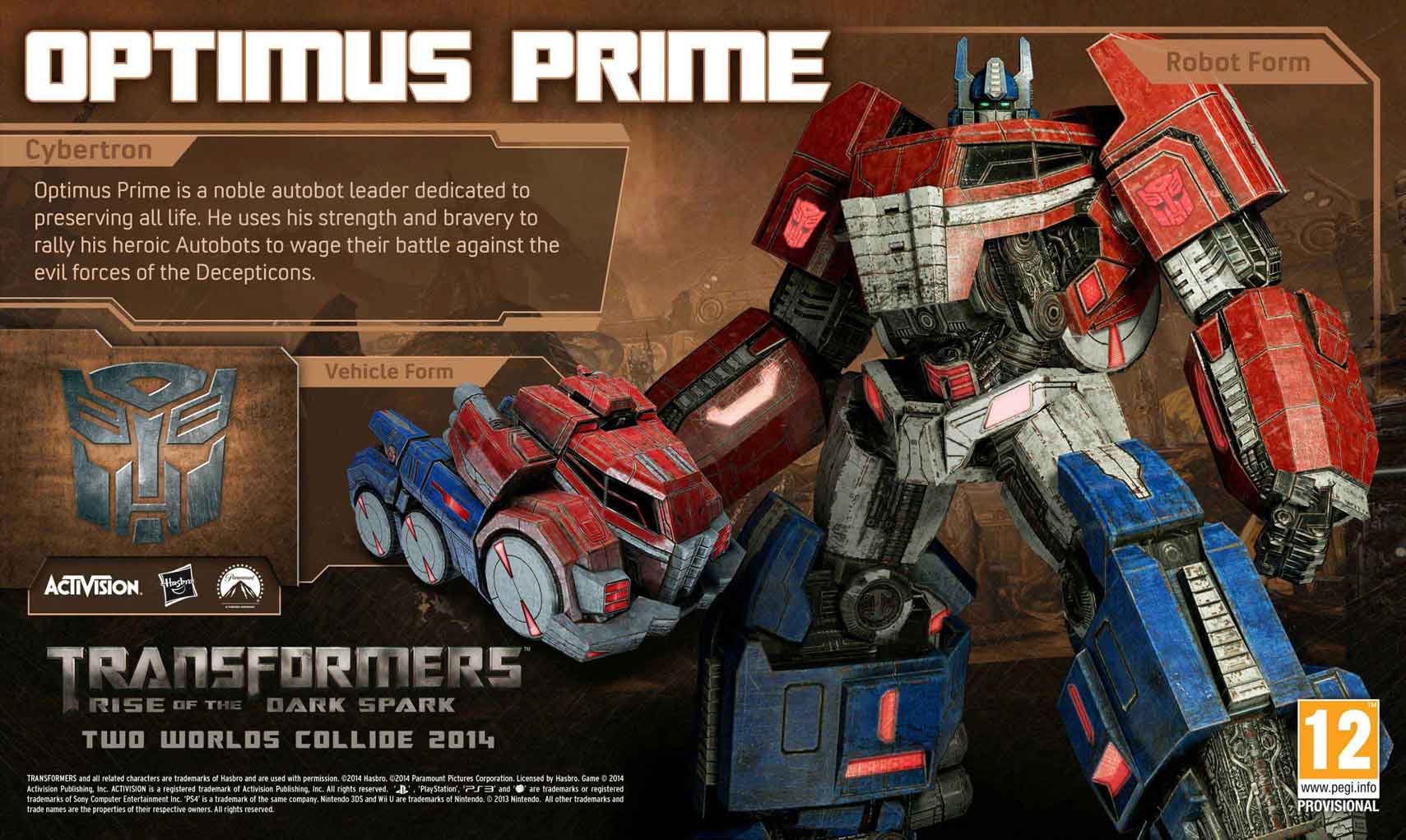 Cybertron – Optimus Prime is a noble autobot leader dedicated to preserving all life. He uses his strength and bravery to rally his heroicAutobots to wage their battle against the evil forces of the Decepticons.

Earth – Optimus Prime is the heroic leader of the Autobots. A brave and formidable warrior, he will stop at nothing to protect the rights of all sentient life on his new home planet Earth. 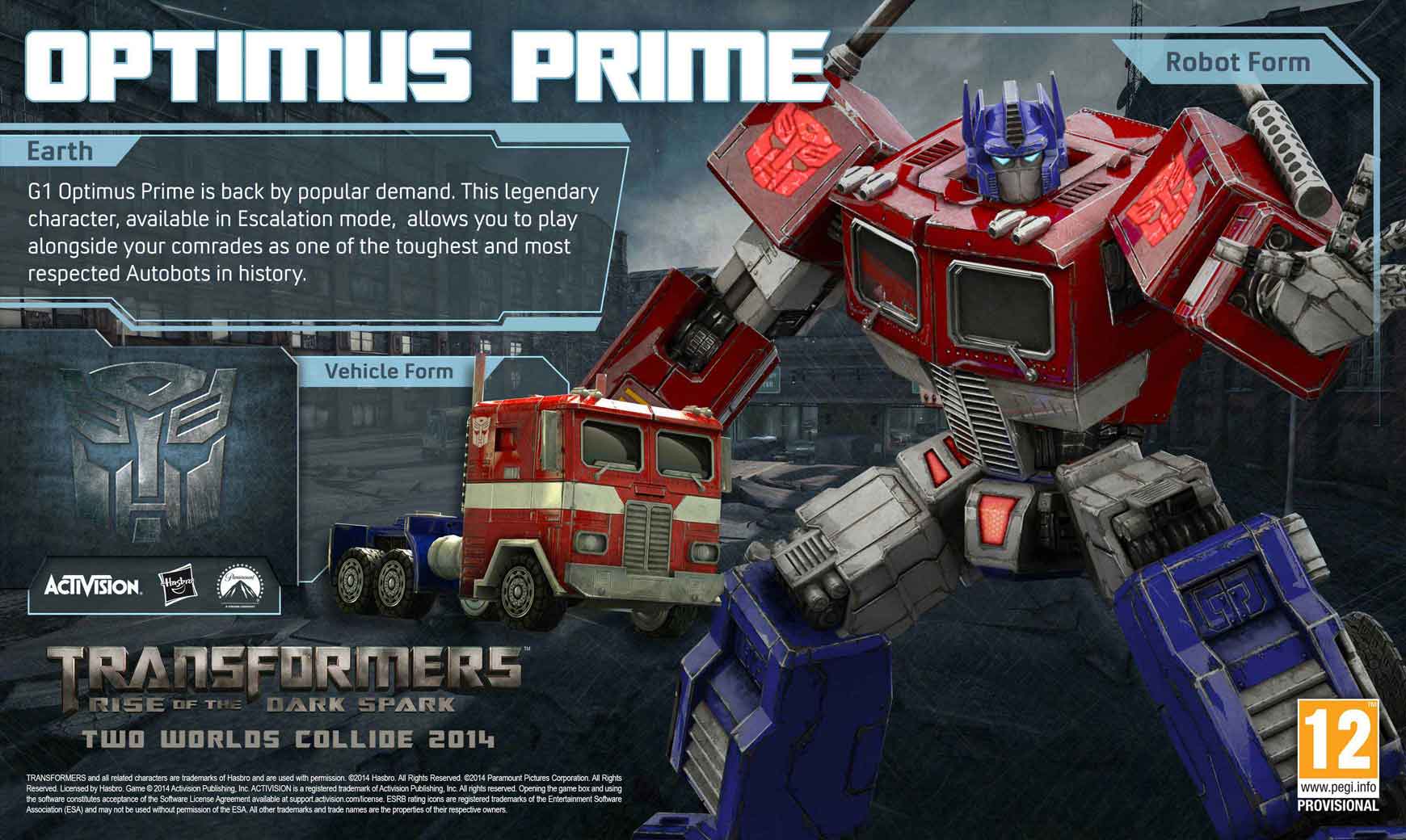 Earth – G1 Optimus Prime is back by popular demand. This legendary character, available in Escalation mode, allows you to play alongside your comrades as one of the toughest and most respected Autobots in history.

Transformers: Rise of the Dark Spark will be available this summer, presumably around June/July to coincide with the movie release. It will be available on Xbox One, Xbox 360, PS4, PS3, Wii U, 3DS and PC. For more information on the game, check out the official website.

Transformers: Rise of the Dark Spark