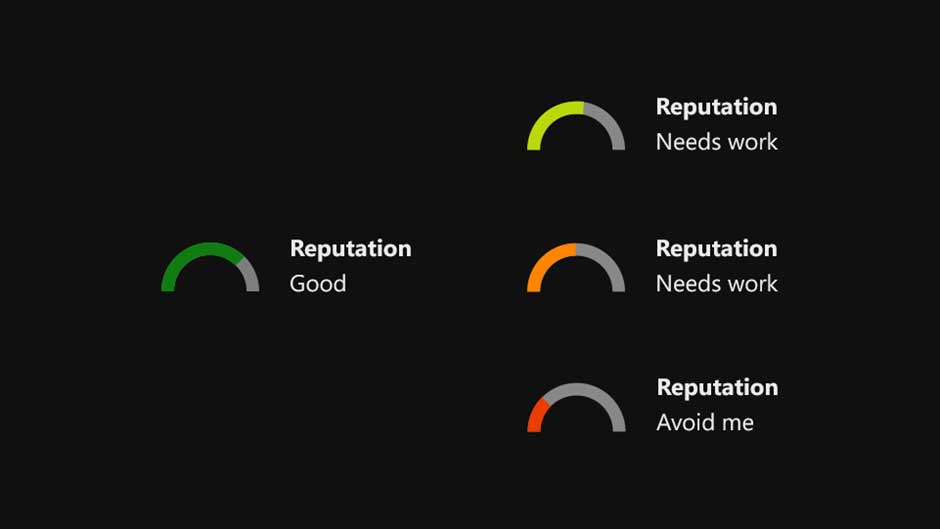 Today, Microsoft have finally revealed their plans for the Xbox One Reputation System, which has gone a little under the radar since its announcement last July.

Currently, Xbox One players are subject to a rating system, which is dependent on how many times they are reported or avoided whilst playing online. While these are just fancy coloured dials at the moment, starting this month, players with a bad reputation will begin to receive warnings, and, in extreme cases, restrictions on how they can use their console.

If your reputation is in the green you have nothing to worry about, and in fact have something to look forward to as Microsoft are planning to reward those who stick to the rules and play fair. While this is still hush-hush, hopefully Microsoft will share their ideas with us sooner rather than later.

Microsoft also used this time to express how careful they are being to ensure the system isn’t compromised. With their ‘complex algorithms’ they claim they will be able to tell if players are being unfairly targeted and reported, and will adjust accordingly. However, there is still a long road ahead to see just how successful the reputation system will be.