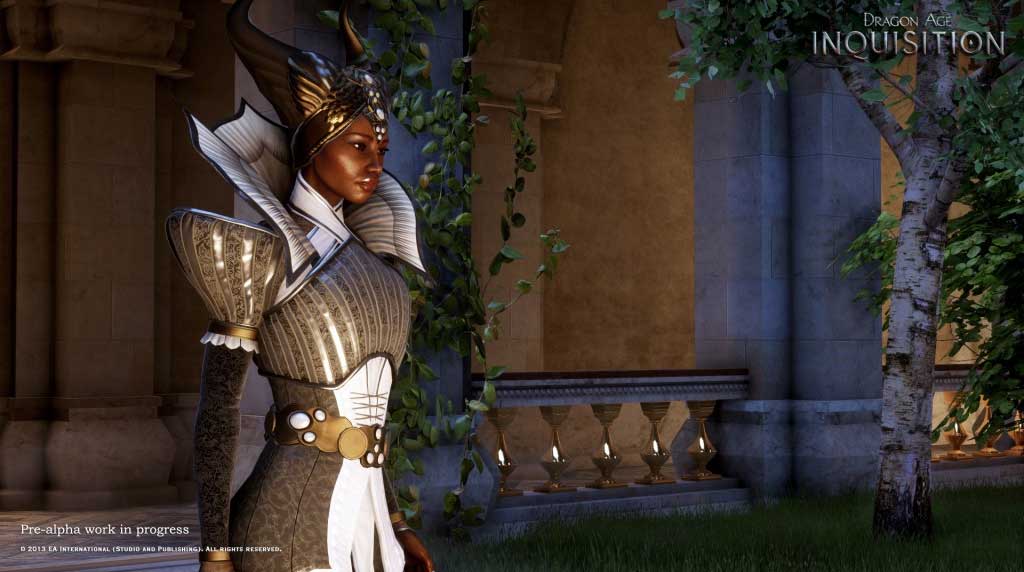 With Dragon Age: Inquisition due out later this year, Bioware have decided to give fans a sneak peek at what’s to come. Each month, a new follower from the game will be introduced through posts on the official Dragon Age Twitter and the Bioware Blog.

This months follower is Vivienne, a fashion conscious Lady who would rather die than wear practical armour. None the less, she is a powerful mage who is a true force to be reckoned with, both on and off the battlefield. Here’s what we know so far:

Referred to as Madame de Fer, “the Lady of Iron”, Vivienne lives up to her title. A leader among the mages and official enchanter to the Imperial court, she is renowned as a fearsome woman who achieved her position through guile and deft political maneuvering. Vivienne allows nothing to stand in the way of what she desires—not those who claim she is a social climber, not those who seek to restrict her power, not even her fellow mages who would conscript her into a rebellion with which she disagrees. Vivienne fights to restore order in a world gone mad…so long as that leaves her among those left standing, once all is said and done.

Bioware will reveal more about Vivienne next week. For now, you can check out her visual character guide and look forward to the other followers to be announced in the months to come, who will no doubt be as impressive as this one.