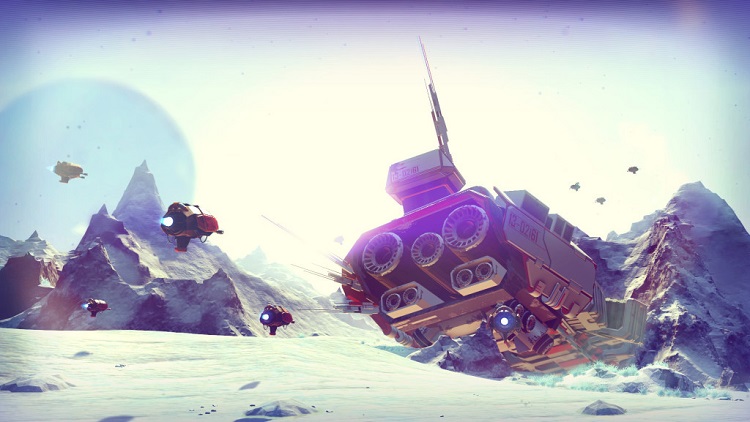 The studio’s co-founder Sean Murray spoke to Polygon saying that preparing the game’s incredible video debut for VGX in December was easy with the system in place.

“It’s such a different way of working, and I don’t think it’s been done before. We’re at a point where Grant makes a creature prototype, or Aaron makes a spaceship blueprint, then clicks a button and it creates hundreds of thousands of variants. Just this massive grid of every possible permutation of shape, size, texture, color. Every Friday we have this big review, and it’s sort of overwhelming. The game frequently scares me.”

Hello Games’ studio flooded over the Christmas holiday, ruining the majority of the studio’s equipment and resulted in the team working from home to continue on No Man’s Sky. Rebuilding the workplace has encouraged the team to expand adding seven people to the force.

“For the last year there have been four of us working in a locked room, creating No Man’s Sky,” he said. “Actually the flood brought us all together, forced us back into a cramped little room – the whole team. It’s been really positive, and it’s felt like the right time for us to have more people help make this insanely ambitious game.”