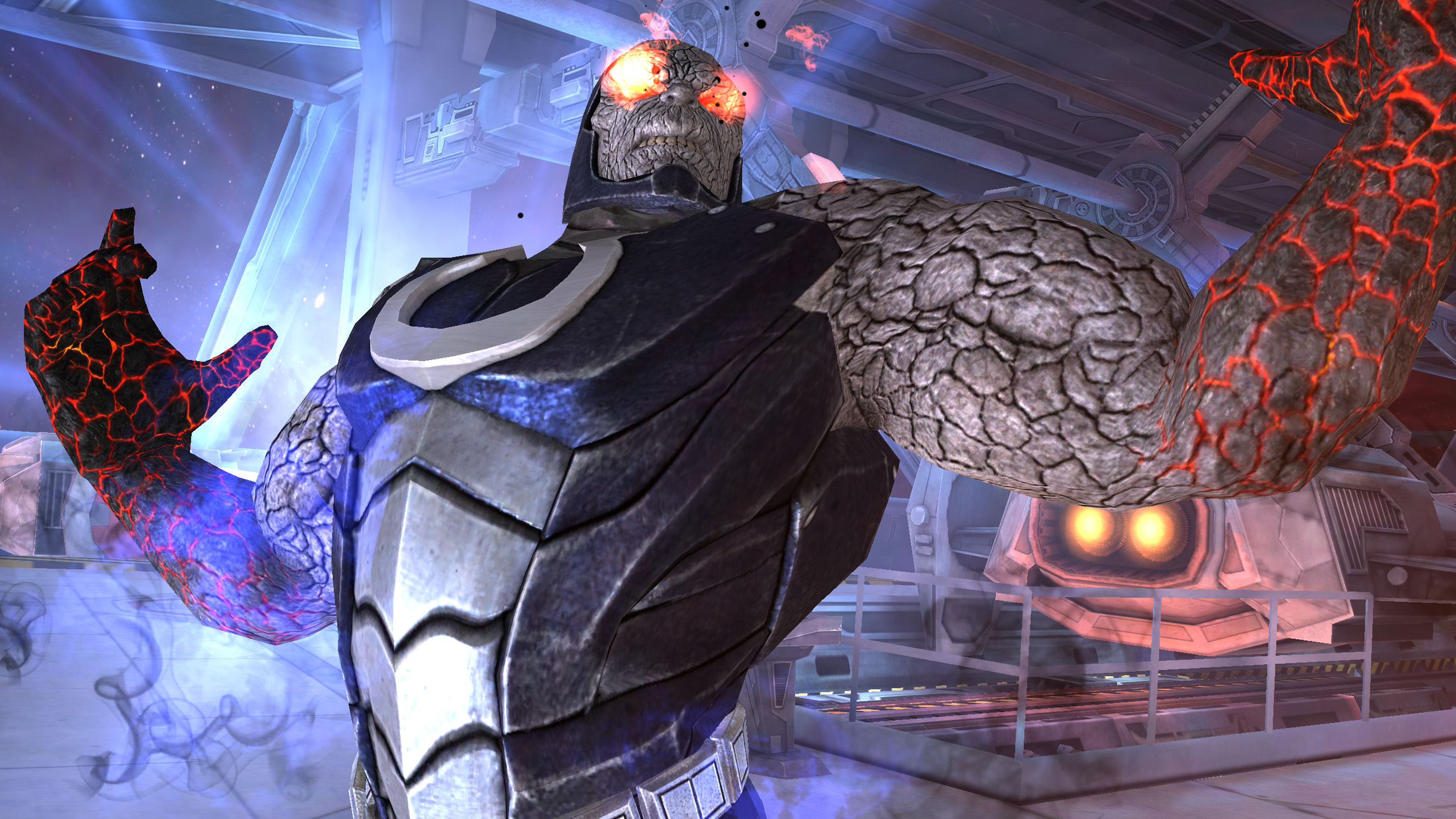 DC and Warner Bros. today announced that a new character is heading to the Injustice roster exclusively in the mobile version of the game.

Darkseid will appear in the Android and iOS versions of the game. From March 6th-24th, players are invited to take part in special timed challenges which can net them an exclusive Gold Character Card. The mobile version of Injustice features 3-on3 tag battles and a trading card system over its console brethren.

Darkseid is one the DC Universe’s oldest villains, acting as a thorn in the side of Superman and the Justice league for over forty years.

Injustice: Gods Among Us is a free to play title on the App Store and Google Play store marketplaces. Darkseid is added to the game at no extra cost.