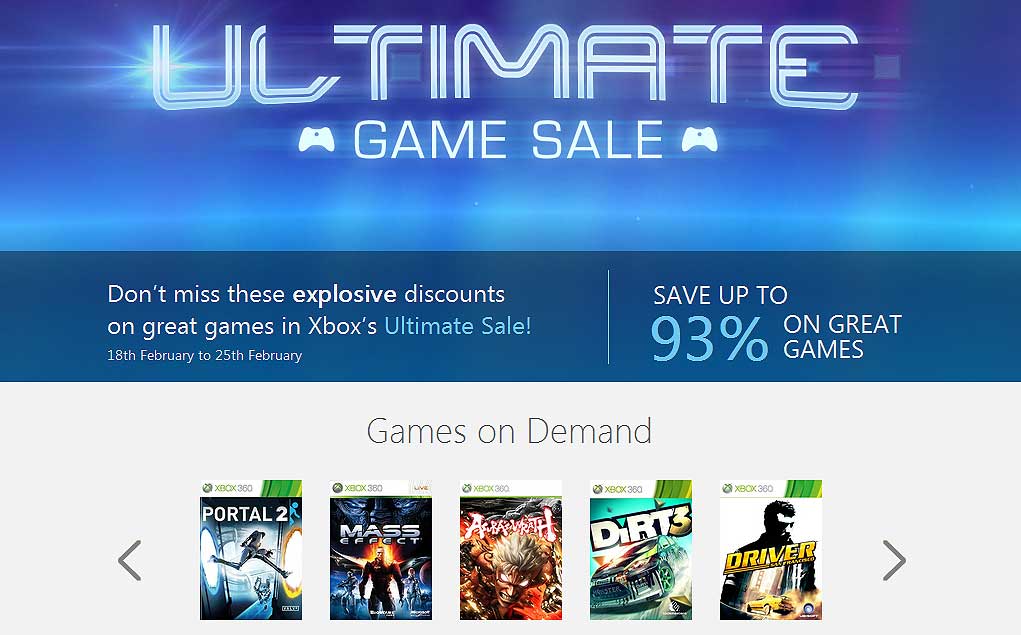 Today Microsoft have announced the beginning of a week long sale for Xbox 360. Dubbed the Ultimate Game Sale, there are going to be huge deals on every day this week, with most games around 75% off and some even higher.

With the first day almost over, you better move quickly if you’re looking to pick up any of the deals day one has on offer. The games below will be available at their discounted price until the end of the 18th.

As well as the daily deals, there will also be an extra batch of games on sale until 25th February. These are on top of the usual weekly game and add-on deals from Microsoft, so there’s a huge amount of money to be saved this week.

For updates on the latest daily deals, be sure to keep an eye on Major Nelson’s blog, Xbox.com, or your 360’s dashboard.