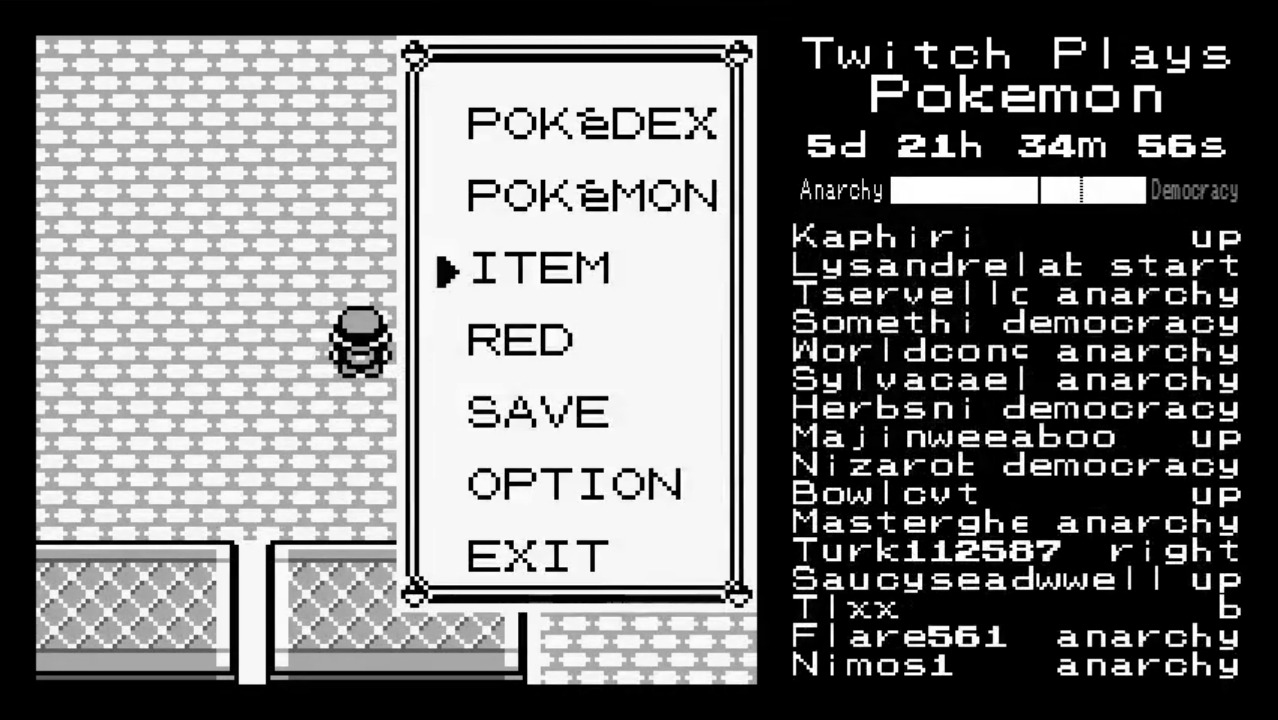 A twitch channel has taken he internet by storm over the last few days – an experimental channel in which inputs in Pokémon Red are controlled by the Twitch chat.

A sort of experiment, the channel is a good way of seeing the laws of probability in action as well as the sheer hilarity of a hive mind trying desperately to get something done. While many won’t have the patience to sit through more than a couple of minutes of the Pokémon trainer walking around, running into walls and opening and closing the pause menus, many have sat actively trying to control the game for quite a while.

The aim is to see how far the crowd can get in the 1990’s Game Boy classic, which spawned a massive franchise that continues to this day.

A new feature has been added to the stream which lets viewers decide between Democracy Mode and Anarchy Mode, with the latter behaving as it did before, and the former allowing users to vote on actions.

Of course, all of this is chaotic anyway due to the sheer number of people taking part. So far this has been probably the most bizarre game of Pokémon ever played, with the Twitch players releasing the starter Charmander into the wild and being stuck in the infamous maze room for four hours.

It will be interesting to see if and how the game is finished, or if the stream goes down before then for whatever reason.You can watch the stream here.