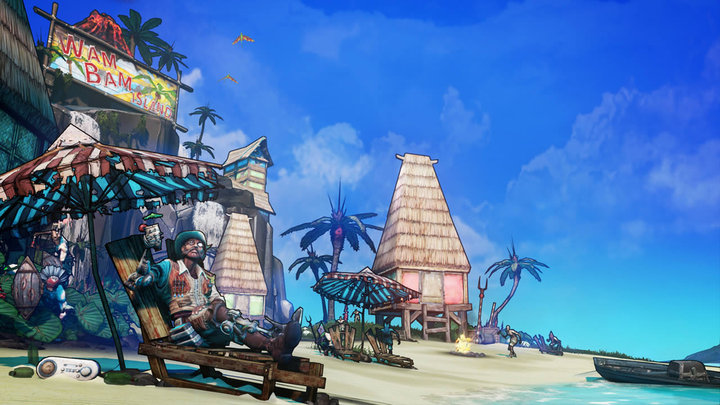 The final Headhunter pack for Borderlands 2 will be coming April 15, so says the 2k official blog. Sir Hammerlock Versus The Son Of Crawmerax will be the largest Headhunter add-on, and possibly include the most difficult fight.

Featuring fan-favourite Sir Hammerlock once again, players will travel to Wam Bam Island to rescue him from Crawmerax Jr, the son of the original Borderlands most difficult boss. Appearing in The Secret Armory Of General Knoxx, Crawmerax dropped some of the best loot for parties that could kill him.

Those who are able to save Hammerlock will be rewarded with beach themed skins, as well as proof of your ultimate victory in the form of a Crawmerax Jr head.