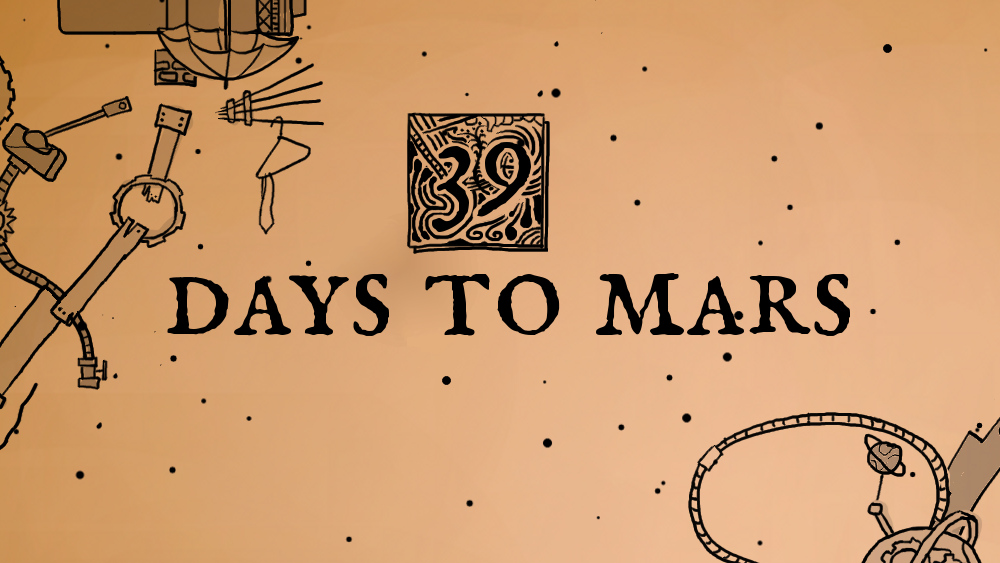 KickStarter has become the ideal place to fund projects that may not have a mainstream audience, and the adventure genre has gone from strength to strength because of it. Following the recent success of Book of Unwritten Tales 2, Philip Bucanan’s 39 Days to Mars has reached it’s funding goal with a vast majority of it’s campaign to spare.

39 Days To Mars is the story of Albert Wickes and Clarence Baxter, who live in a steampunk version of the 18th century, and have been charged with the mission of piloting a spaceship to Mars. This would be an easy task to complete, if the protagonists had any idea what they were doing. As they do not, it is up to the player to guide them through the day to day processes of looking after the HMS Fearful, and ensuring they reach their destination safely.

At the time of writing, the game has reached twice of what it had wanted to raise. But as with any KickStarter project, the more money they raise, the more they can offer to the backers. This will more than likely result in a higher quality of the game, and the rewards the prospective buyers will earn will be more than they initially expected.

If you are interesting in finding out more about 39 Days To Mars, be sure to check out the official KickStarter page, or the official developer website.

Are you interested in helping the brave twosome survive the perilous trip in a steampunk inspired spacecraft? Let us know what you think in the comments below.