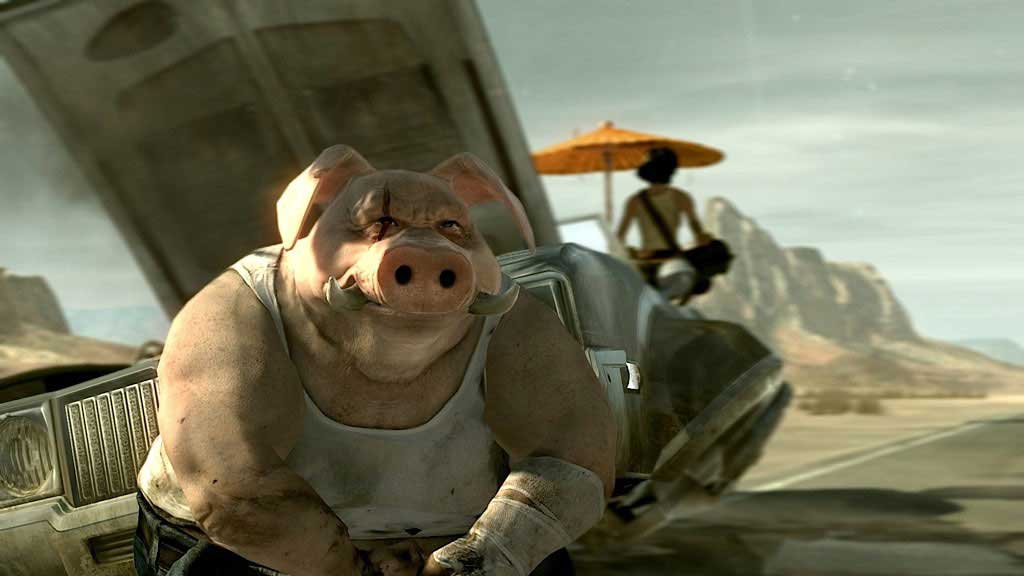 Today, two mysterious new listings for PS4 and Xbox One cropped up on GameStop Germany’s website. The first was for the long-anticipated Beyond Good & Evil 2, and the other for a new Batman game. 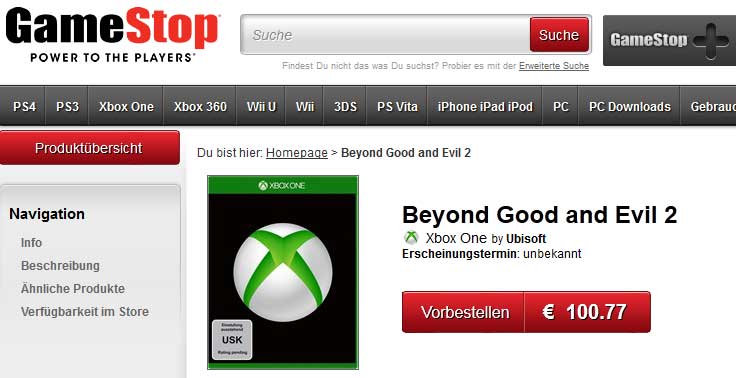 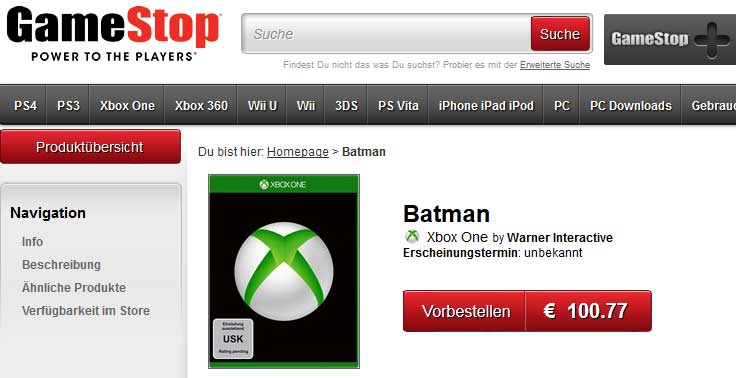 GameStop Germany previously outed Tomb Raider: Definitive Edition in a similar way before its official announcement, so considering their track record it is likely that these listings could also be true. Though it is hardly new knowledge that Beyond Good & Evil 2 is in the making, or that another Batman game will eventually be developed, this slip up could mean both titles are arriving much sooner than anyone predicted.

As promising as the listings seem, they are sadly just rumours for now. However, here’s hoping Ubisoft or Warner Bros. make a comment on the legitimacy of the titles soon.