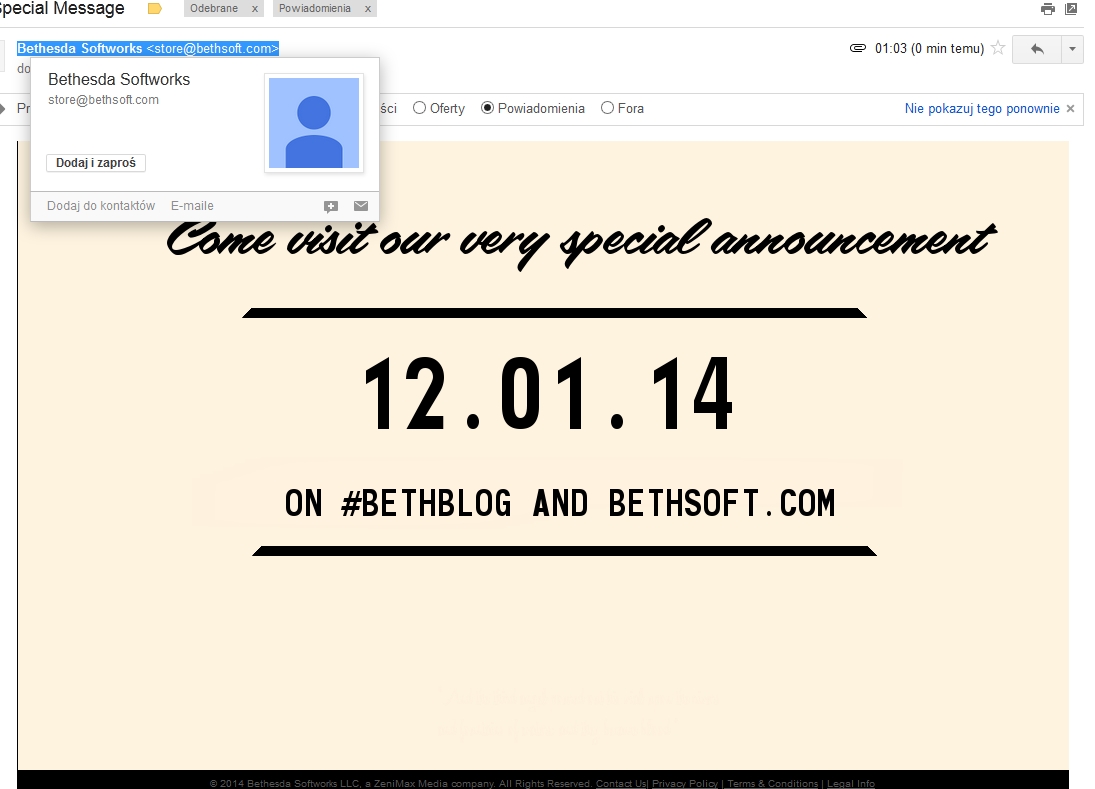 Earlier today, the above, and apparently legitimate, announcement email from Bethesda popped up on the web and started creating quite a stir. Whether wishful thinking or blind hope, there is no doubt that the feel of the image is distinctly Fallout-like, but does it point to Fallout 4? Most fans seem to think so.

Other speculations for the announcement include a Skyrim remake for the new generation, a Fallout 1 and 2 related announcement following their recent removal from GOG and Steam, and, of course, the forever present Half-Life 3 rumour. It’s currently unclear whether the date is set for January 12th or December 1st, though I’d probably put money on the former.

Update: Pete Hines has since debunked this rumour on twitter. Looks like we’ve still got to wait for the real deal.

@vindictate no. Another fan hoax