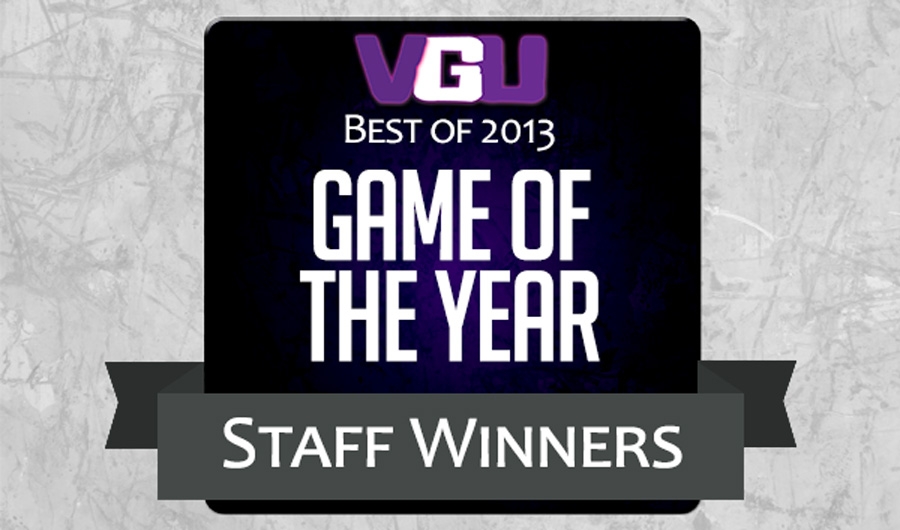 Here it is, the list you’ve all been waiting for, it’s our top 5 games of the year. You may have seen some of these choices coming, but I guarantee you didn’t see this first one on the horizon. So without further ado, introducing the 5th best game of the year…

Now hold on don’t get all up in arms just yet, we can explain. You see for all its faults, Saints Row IV did something that very few games manage; it made us literally laugh out loud. Whilst the mechanics may not have been the tightest in the world, they were usually only used once or twice and then discarded before you could become bored of them. Combine all that with some of the finest use of licensed music ever in a video game and you have yourself a spot on our list Saints Row IV…barely.

One of the early game of the year contenders in 2013, it may have been surpassed since then but Bioshock Infinite still deserves a spot on our list. The tale of Booker and Elizabeth is a finely woven narrative leading to, in our opinion, one of the finest endings a game has ever given us. The gameplay was tight and exciting, providing an almost swashbuckling adventure as you slide around the skyrail network before leaping onto some poor, unsuspecting fool and bashing his skull in. The subtle and occasional comedy brought in by the Lutece twins sealed the deal for us.

Pokémon is the gaming embodiment of that old adage, if it ain’t broke, don’t fix it. However after umpteen iterations the series was arguably becoming stale. Pokémon X and Y didn’t change much, but sometimes all it takes is a few tweaks here and there. The move into 3D graphics is the most noticeable change, but the addition of Mega Evolutions and some actually likeable new Pokémon were also welcome changes to the formula.

The Last of Us was one of the best games of 2013 for too many reasons to list here. The main reasons it took a podium position in our list were its deep storytelling, vibrant world and great music. You find yourself not just playing the characters Joel and Ellie, you are them and experience their post-apocalyptic world through their eyes. It was, of course, a big budget AAA game but this does not automatically mean quality. Naughty Dog set out what they wanted to achieve showing the love and companionship of people in a world changed into a living nightmare. You delved into many different deep life lessons such as life and death, loss and coping and the horror of trying to survive on the bare minimum. The Last of Us bought top notch quality in the game, narrative and design bringing a worthwhile 13 hour campaign worthy of nomination for Game of the Year 2013.

Come on, you knew it had to be GTA V. Smashing 7 Guinness world records including fastest entertainment product to gross one billion dollars in sales, GTA V was a megaton when it landed back in September. Providing an intricate story which told the tale of three misfits searching for that age old American dream, dollar dollar bills ya’ll. Even once you’ve finished the amazing story, there is so much more to do. Tennis, golf, dogfighting in jets, speedboat racing, darts. This game was everything…EVERYTHING!!!! Except your annoying cousin asking if you want to go bowling.

There we have it, the best 5 games of 2013 as we decreed. But what do you think? Did we miss anything? Let us know what you think in the comments below.