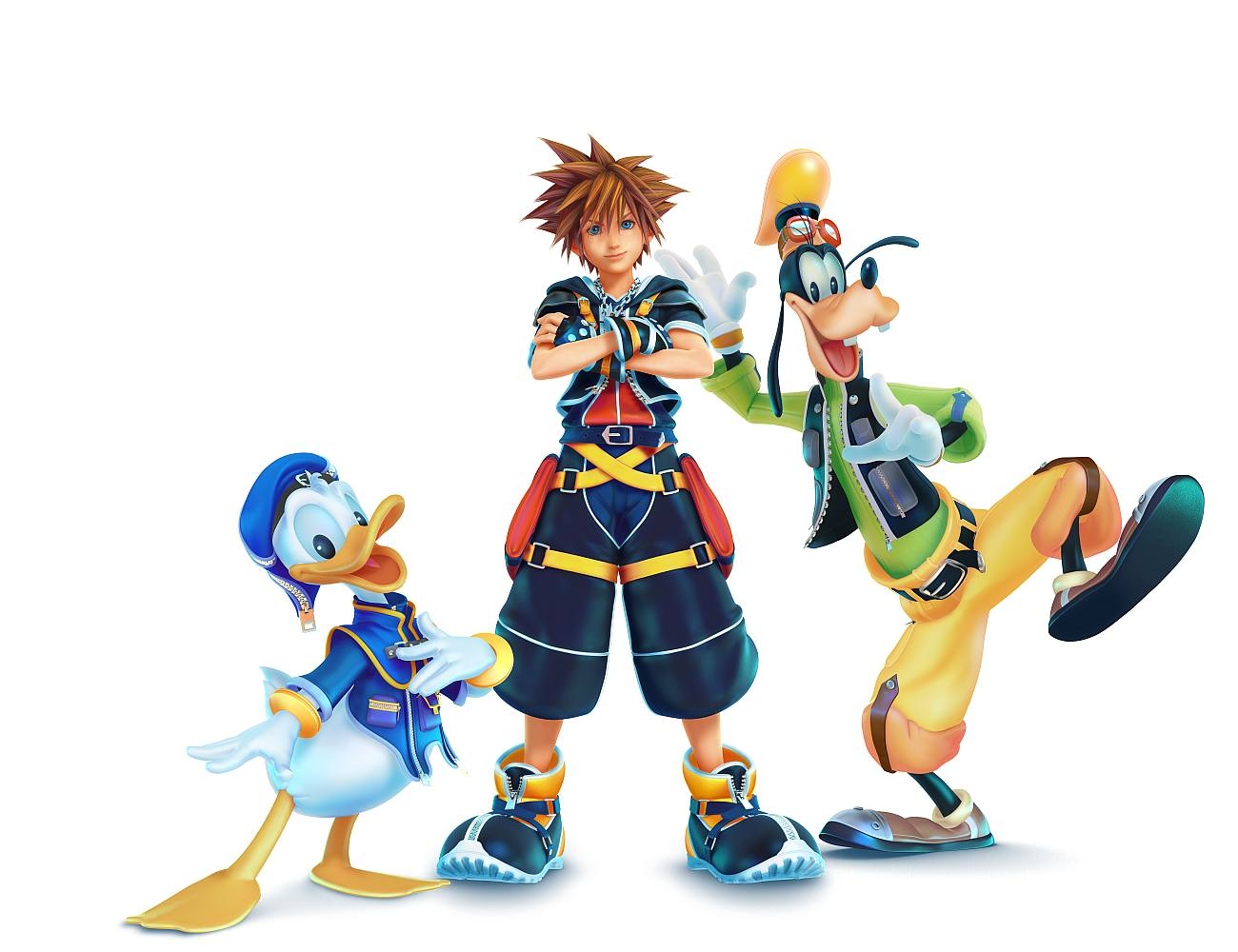 “It seems like everyone was happy, so I’m glad about that,” says Nomura. “However, while we know how far we’ve come from a development point of view, what we showed still has ‘ways to go’.”

The trailer also displayed park objects being used within the game to combat your foes and it seems that this may become a more integrated aspect of Kingdom Hearts III,

“The ‘Attraction Flow,’ allows you to choose moves according to different places and enemies, and especially so during boss fights where you’ll be able to pull off unique moves,” answers Nomura. “This is an evolution of Kingdom Hearts 3D’s Flowmotion, and will be one of Kingdom Hearts III’s main systems.”

From here Nomura discusses the new uses for the Keyblade,

“In the trailer, we saw it transform into the shape of a gun, but there are also some other unbelievable transformations,” says Nomura, “The other day, when we were checking it out, the staff member said ‘it turns into ____’ and I impulsively replied with, ‘Are you serious?’’ According to suggestions from the planning side, it’ll likely be used as some sort of gimmick. The Keyblade has infinite possibilities,”

If you haven’t already checked out the gameplay trailer for Kingdom Hearts III, check it out below.

This certainly gives us a lot to be excited about in Kingdom Hearts 3. Do you think that the title will live up to this hype? Let us know what you think in the comments below.