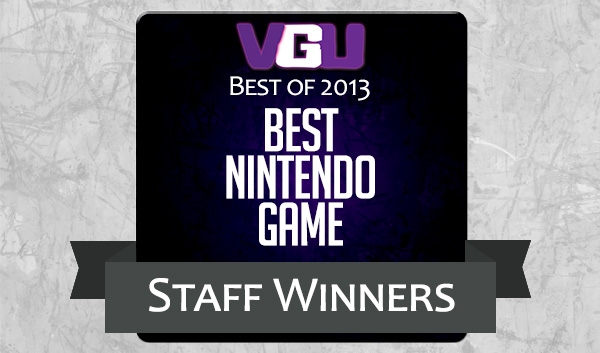 Nintendo, debatably, may have not had the best time in 2013, annoying as many fans as they have impressed. They have also had to contend with the big two behemoths that are the PlayStation 4 and Xbox One joining the next gen battle and putting up with the continuous backlash that their consoles are not up to par with this new generation. But regardless of how you feel about the company (or their systems), no-one can say that Nintendo has not produced some awesome games this year. Here are our top 5:

New IP’s are a risky field, unless they stick in gamer’s minds they have a chance to fade into obscurity and this is why The Wonderful 101 shines. Once you play this quirky power ranges themed beat ‘em up game from Platinum games, you won’t be forgetting it anytime soon. Combine this with a cool integration of the gamepad, tons of super heroes/super sentai in jokes and kick butt combat, we have a Wii U title you want to see get a sequel. 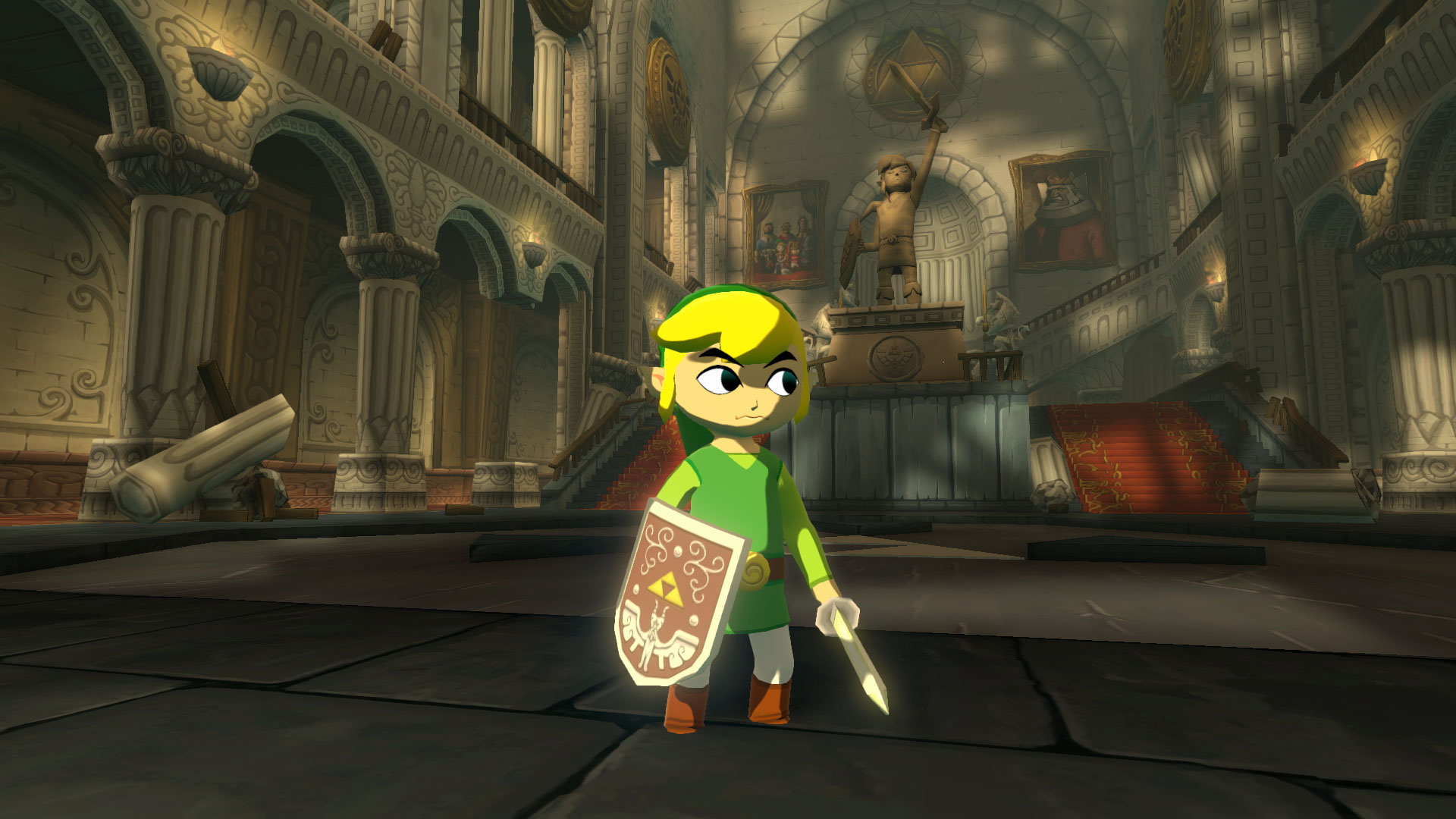 Say what you will about this re-release of a Gamecube game but heck, The Legend of Zelda: Wind Waker is one of the finest Zelda games every made, so a HD upgrade is no bad thing. We once again join Link as he adventures across the grand ocean on a quest to repeal an old evil coming up from the deep. With its great visual style, clever dungeons and a vast world to travel and explore I think we can forgive this rehash don’t you?

Mario is back in this purfect new 3D co-op platformer that has shown gamers everywhere that Mario can still bare his claws and catfight with the rest. Playing as Mario, Luigi, Peach or Toad, you must claw your way through the Sprixie Kingdom and rescue the Sprixies from Bowser in true Mario style. All the beloved levels and upgrades are used to great effect and you will be CATatonic before you stop playing this awesome game. Also there are Catsuits and as everyone on the internet knows; cats are awesome.

2. Legend of Zelda: A Link Between Worlds 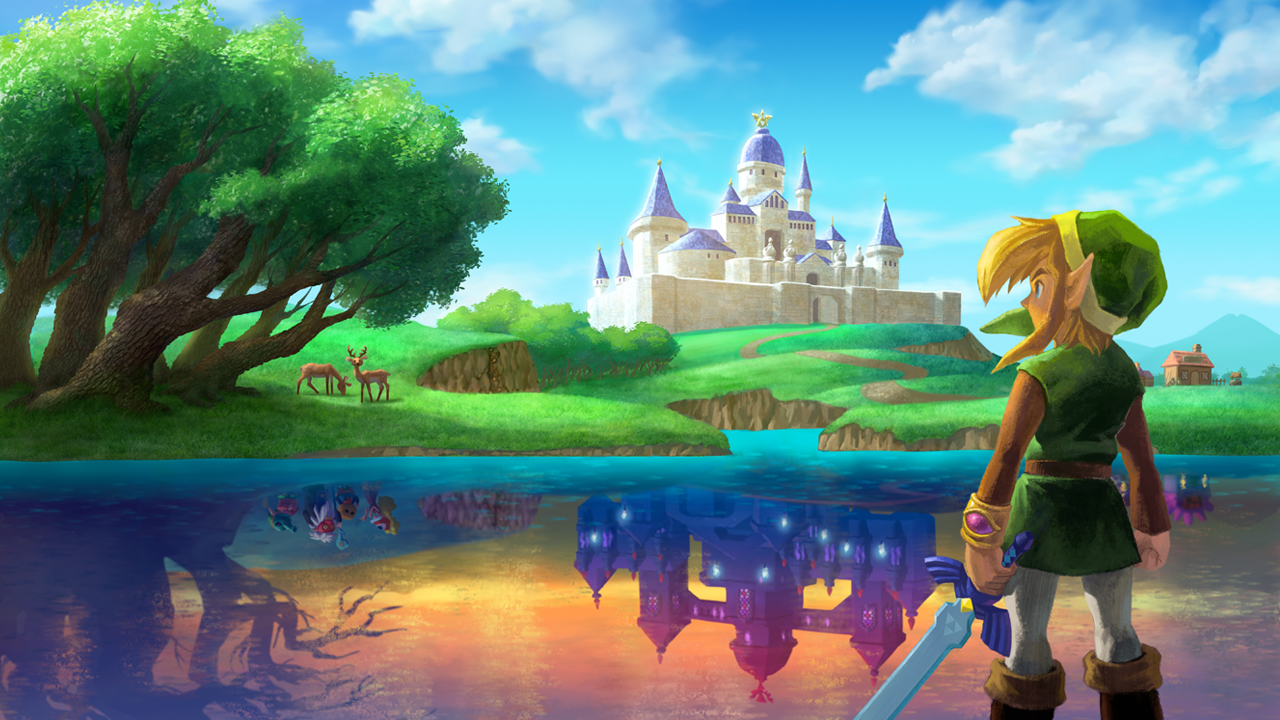 Taking place hundreds of years after A Link to the Past, A Link Between Worlds took every Legend of Zelda fan by surprise. I have to rent items!? I can do the dungeons in any order?! Yes, Nintendo messed with the tried and tested Zelda formula and boy did it pay off. We play as a new Link as he tries to save Hyrule and Lorule from Yuga, a wizard who is trying to resurrect Ganon so he can take over the worlds. While the story sounds like classic Zelda the gameplay is fresh and mixes things up for the franchise by returning the game to its original top down camera style. Small changes, amazing results.

You can always count on a good Pokémon game and this year’s newest instalment is no exception. Pokémon X and Y took players on a new adventure through the French inspired Kalos region finding lots of new Pokémon, discovering Mega Evolutions and stopping the evil Team Flare from destroying the world. All of that in 3D no less; a first for the handheld series. Hours and hours of fun can be had with this game and honestly, who wouldn’t want to stroke their favourite Pokémon?

What do you think of our choices for the Top 5 Nintendo Games? Vote for your favourite right now!