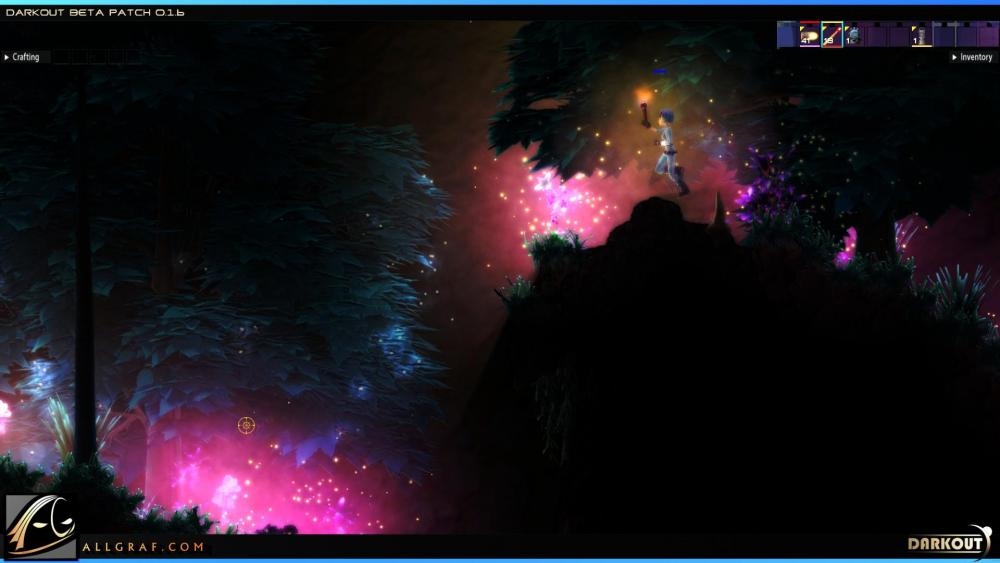 As the sandbox, resource gathering, build your own base, survival genre continues to grow, it’s often easy for certain game to not get the attention they deserve. Darkout may have been one of them, as indie digital distribution, Desura, doesn’t have quite as strong the following of Steam. The next step up for many developers is to get your product in a market that is viewed by as many people as possible, so Steams Greenlight feature is an amazing opportunity for any game company, big or small. In this case, independent company, Allgraf, has managed to please enough steam users to warrant a proper release.

Darkout is reminiscent of hit game Terraria in that it is a 2D platformer that utilizes resource gathering. That being said, it is far from a “clone”. The graphics are beautifully rendered, and do not adhere to the pixelated styles of its main competition. It has a focus on survival more than gathering though, (that being said, survival without resources will be extremely hard) as the Dark in Darkout has a heavy meaning behind it. The enemies are much stronger in the dark, which makes lighting a main component of Darkouts game mechanics. The sci fi setting is also prominent, as tech and gadgets, weapons and of course your base have a the connotations of any great science fiction game. The world itself is a wondrous creation in its self, with organic looking foliage, strangely lit, crystal covered caves and threatening enemies floating around, it is a unique universe with plenty on offer.

Are you going to try this game out? Let us know what you think in the comments below.