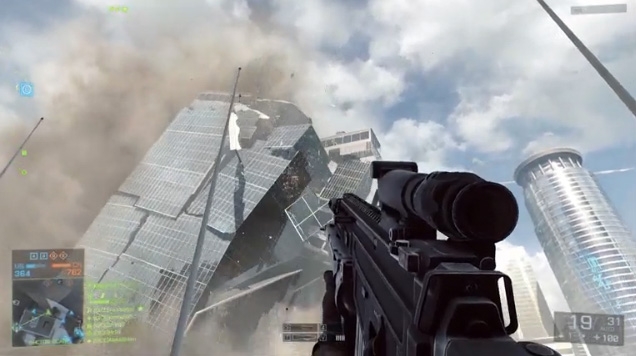 In a recent twitter war, a former DICE developer stated that the “Problem is higher than devs!“. The “problem” referring to the many issues that consumers have had since Battlefield 4’s launch over a month ago. Unfortunately many people don’t understand the complexity of game development and the easiest target for when something is wrong, is the people who made the game. The twitter feed leads on to suggest that the ex-employee of DICE, who now works at Rovio, thinks that it lies on the heads of publisher, EA. Though it is the developers who are the people who make and fix the game, they are forced to work to deadlines, and as much as they would like to have all the time in the world to make their games, the publishers often have a different agenda.

With what can only be described as a race happening between publishers to beat any rivals to releasing their games, it is safe to assume that deadlines end up getting pushed forward to ensure that they capture the market. Call of Duty: Ghosts came out a week after Battlefield 4, and the question is whether EA pushed the date to beat their biggest competition. As the industry continues to expand, it is clear to see that often profit is the driving factor for the bigger companies.

It’s been confirmed that DICE are working to fix all issues within their latest title, but some of the problems consumers have encountered are worthy of calling the game broken. One of the biggest issues being that the single player campaign can’t be saved. Some customers have been returning to retailers to get refunds for Battlefield 4, claiming to have been sold a product that doesn’t work.

What do you think of AAA titles being released in an unfinished form? With smaller companies such as Mojang and other indie developers releasing alpha or beta products for consumers to test, is it becoming the norm for games to come out broken? Let us know what you think in the comments below.