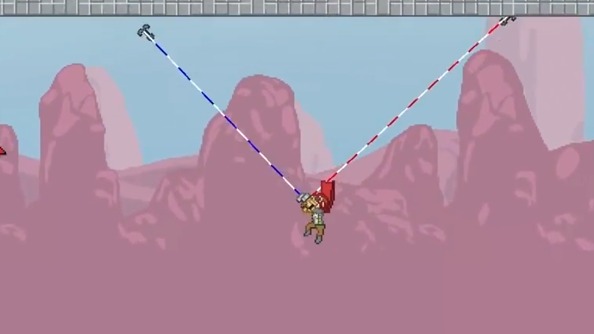 The latest version of new title, Starbound, has been released under the rather original name of “Frustrated Koala”.

The notes reveal many issues that have been fixed including balancing problems. Along with the tweaking of many previously apparent issues, a few new pixels of content have also been added, including plutonium, uranium and solarium now being available as a fuel, the ability to “recapture pets”, new Platinum armour, and possibly one of the most anticipated features, the grapple hook.

The developers at Chucklefish promise to continue to pass out fixes and more content soon.

Have you been playing this new indie Beta, and if so what features do you like? Let us know in the comments below.