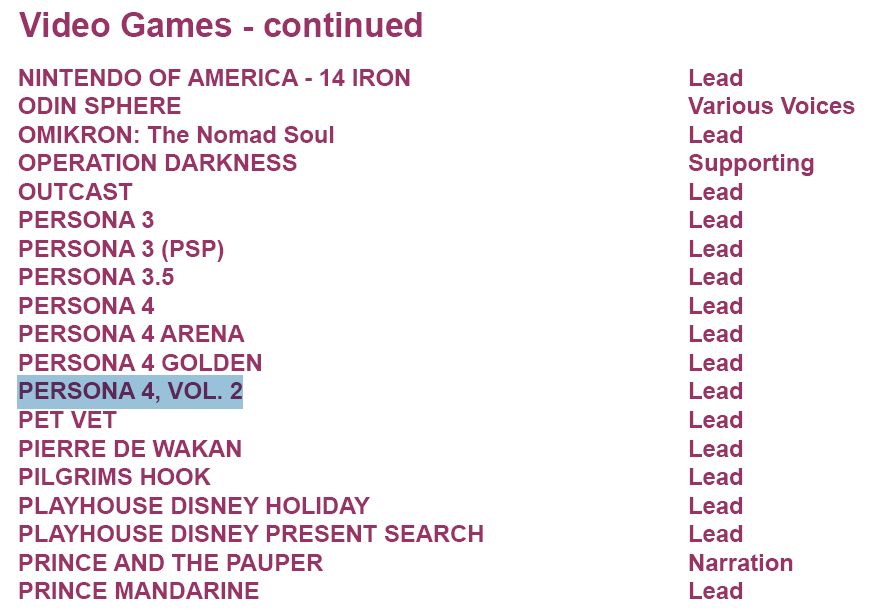 After teasing fans for a while, Atlus have finally put them out of their misery by lifting the curtain on four new titles during their streamed announcement event. Between a new handheld Persona 3 and 4 cross-over, a sequel to Persona 4: Arena, a PS Vita Dance Dance style game and Persona 5, what does this mean for the series? Here is a run down of what was shown during the event and a few theories as to how it fits into the Persona canon as a whole. Expect Persona 3 and 4 spoilers, you have been warned.

The first title is a 3DS exclusive coming to Japan May 6, 2014. Persona Q: Shadow of the Labyrinth will feature the Persona 3 and 4 crew fighting shadows as they seemingly invade the real world. The Dark Hour could also be returning, with the trailer putting an emphasis on a clock striking midnight. The combat seems very similar to previous games with a chibi art style. Two new characters were introduced, Zen and Rei, a dark-skinned broody looking guy and a vaguely angelic girl. Nothing was shown apart from combat and a few in engine cut-scenes, which were admittedly quite cute. Animations also appeared that show the studios high mark for quality, punctuating the trailers dramatic moments.

It is unsure if this game is canon in the series core story, as both the Persona 3 protagonist and Shinjiro return after dying in Persona 3. It could mean that Elizabeth completed her quest of releasing the Persona 3 protagonist from his fate as the seal between our world and Nyx, and there is also probably some way they can bring Shinjiro back. This would mean it is set after the Arena series, but the Persona 3 characters retain the attire and look from their original game, and lack their older look from Arena onward. Another possibility is some form of time-travel or universe meshing, with both character rosters meeting in a ‘The Flintstons Meet The Jetsons” sort of affair. This would also be a why the game deals with shadows making very public appearances, as shown in the trailer where two tear their way out of a building.

The second revealed game was Persona 4: The Ultimax Ultra Suplex Hold, A.K.A. Persona 4: Arena 2 (P4A2). Once again the release window given, sometime 2014, was Japan only, with no word of a western release for the arcade to console port. This PS3 fighter will continue the story of Persona 4: Arena, with the both the Persona 3 and 4 characters joining forces to figure out who was behind the fighting tournament. Both Junpei and Yakari were introduced, as well as a new character called Minazuki Sho. Shadow variants of most of the characters will be playable, with differing move-sets than their normal counter-parts. The story seems to focus on a Tartarus-like tower appearing over Inaba and the third appearance of the Midnight Channel.

The most interesting part of the trailer was the reveal of Adachi appearing in the midnight channel. He didn’t appear to be a shadow, which would mean he has escaped police custody. The entity behind the games events may be to blame for this and wants to use him to slow down the heroes progress. Minazuki Sho also didn’t appear to be very helpful to the characters, but may end up joining them just like Labrys. It will be interesting to see how far Atlus take this deviation from the main Persona series, but it could possibly lead into, or at least be related to, the story of Persona 5.

The third reveal was definitely the most unexpected. The PS Vita exclusive Persona 4: Dance All Night will be coming to Japan Fall 2014. P4D, as it has nicknamed itself, will let Persona fans dance it out to a load of remixed Persona tunes, all done by series composer Meguro Shoji. It is being developed by Japanese developer Dingo Inc, and no one probably saw this one coming. No one may have asked for it, but some people are now going nuts for it. Want to become Rise the idol? This game has you covered.

It is surprising that the game is coming to the PS Vita. A dance game seems like it would be much better suited as a Kinect, WiiU or even a dance-mat game. Pressing buttons to the rhythm doesn’t hold the same appeal as performing the motions yourself, and seems an odd fit for the genre. Apart from that the game seems totally removed from anything story related, unless you wanted to see the Persona 4 main character bust a move.

The final game announced, and the one which has us the most excited, is Persona 5. Shown as a short teaser as the stream was about to end, it doesn’t give us much. Coming to the PS3 in Winter 2014, Atlus are once again releasing a game right at the very end of a console cycle, which is what they with Persona 4 on the PS2. The image of five chairs with a ball and chain attached is definitely an peculiar, but an image that is metaphorically a little reminiscent of Persona spin-off Catherine. the old ball and chain, eh?

Apart from that there are no other details, there is nothing to go on. As the one title that isn’t a continuation of the Persona 4 characters, as far as we know, it seems to be taking a much darker and mature tone. This would be a stark contrast to the mostly jolly antics of Persona 4 and will hopefully be a huge jump forward for the series. After five years since the last core persona title, it will be interesting to see how Atlus have developed the series gameplay. The question “You are slave, want emancipation?“seems rather bold for an announcement stream that had so far been remarkable up-beat.

Many fans seem annoyed at this one because it isn’t coming to PS4, at least not yet. Atlus stated in 2011 that it was “under development“, two years before the announcement of a console Atlus may not have known existed by that point. This is not to say that the game couldn’t eventually be coming to the PS4 or PS Vita.

One thing to note about all of these titles is that ‘Persona 4, Vol 2” nor “Golden 2 Persona 4” was among them. This could mean they never existed, or they may be code-names for some of the new titles shown. Either way, it seems Atlus has heavily invested in expanded the Persona brand, shedding the ‘Shin Megami Tensei’ name that once preceded it. Hopefully after these four new titles, they will stop using the characters of Persona 3 and 4, and move on to newer things. Some fans have even been turned off by these announcements, hoping that the stream would be focusing mainly on new console RPG titles related to the Persona name, not smaller, distinctly sillier, games. This is understandable, the series has come a long way in recent years, but it has developed into something more. If this means more people are now enjoying this excellent series, we see no problem with that.

If you want to see why we like the Persona series so much, here are the reviews of previous titles Persona 4: Arena and Persona 4 Golden.

What do you think? Has this got your mind ticking, or are you done with the series? Let us know in the comments.