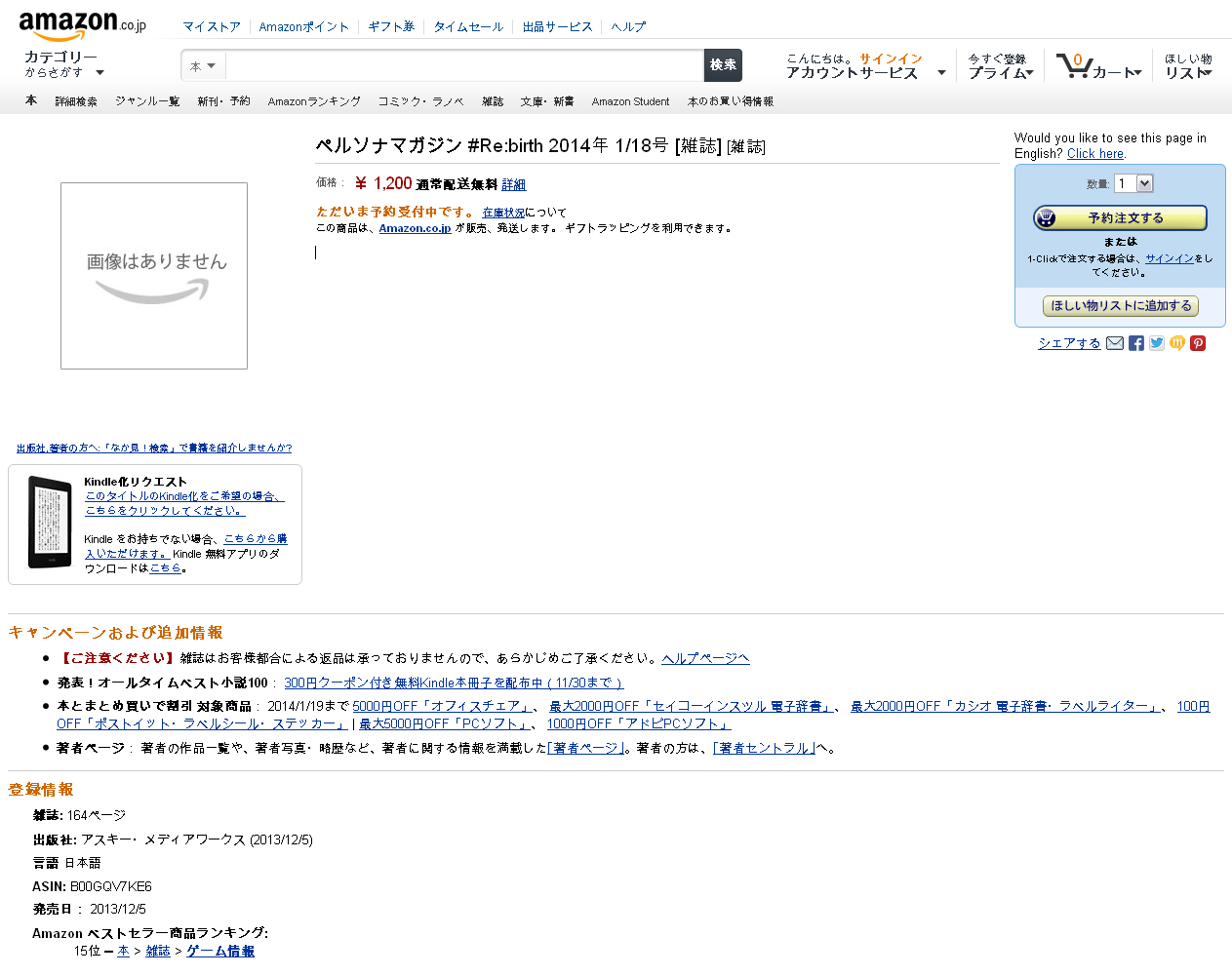 Persona 4 may have come out originally in 2008, but the fandom is strong in this one. Skipping an entire generation, except for an excellent fighting spin-off and a portable remake, Persona may be getting an entirely new installment announced before the year is out. A few clues heavily point in the direction of a new Persona game coming soon, perhaps for the next generation.

Firstly, as we reported earlier this week, an Atlus teaser website has been updated to feature Persona 4 mascot character Teddie. The site also notes the date 11/24/2013, this coming Sunday. Gematsu has reported that this is the date of a scheduled stream of a “Big Persona announcement“. The stream will begin Thursday 6:00 a.m. EST, and will countdown the 74 hours to the Sunday event.

Secondly, the Persona magazine will be releasing a new issue December 5th according to and Amazon post, translated by AnimeNewsNetwork. The magazine originally ran from 2011-2012, and will be titled “#Re:birth“. What this rebirth relates to, we don’t know yet.

Lastly, AllGamesBeta have noticed two new additions to the resume of the Karen Strassman, voice actor for Nanako Dojima in Persona 4. The two new games listed are ‘Persona 4, Vol 2‘ and ‘Golden 2 Persona 4‘. It could be argued that Persona 4, Vol 2 related to the anime series, but it is listed in the resume under “Video Games”.

Could these be two new Persona projects, leaked before Atlus had a chance to announce them? Well, we don’t know. We will have to wait and see, just like everybody else. Going from these hints however, Persona 5 may be announced soon, even if it isn’t going under that name. From the two resume titles however, it sounds like a direct non-fighter sequel to Persona 4 and a PS Vita version to accompany it. At this point however, everything is just conjecture.

What do you think? Will you be tuning into the stream to find out? Let us know in the comments.