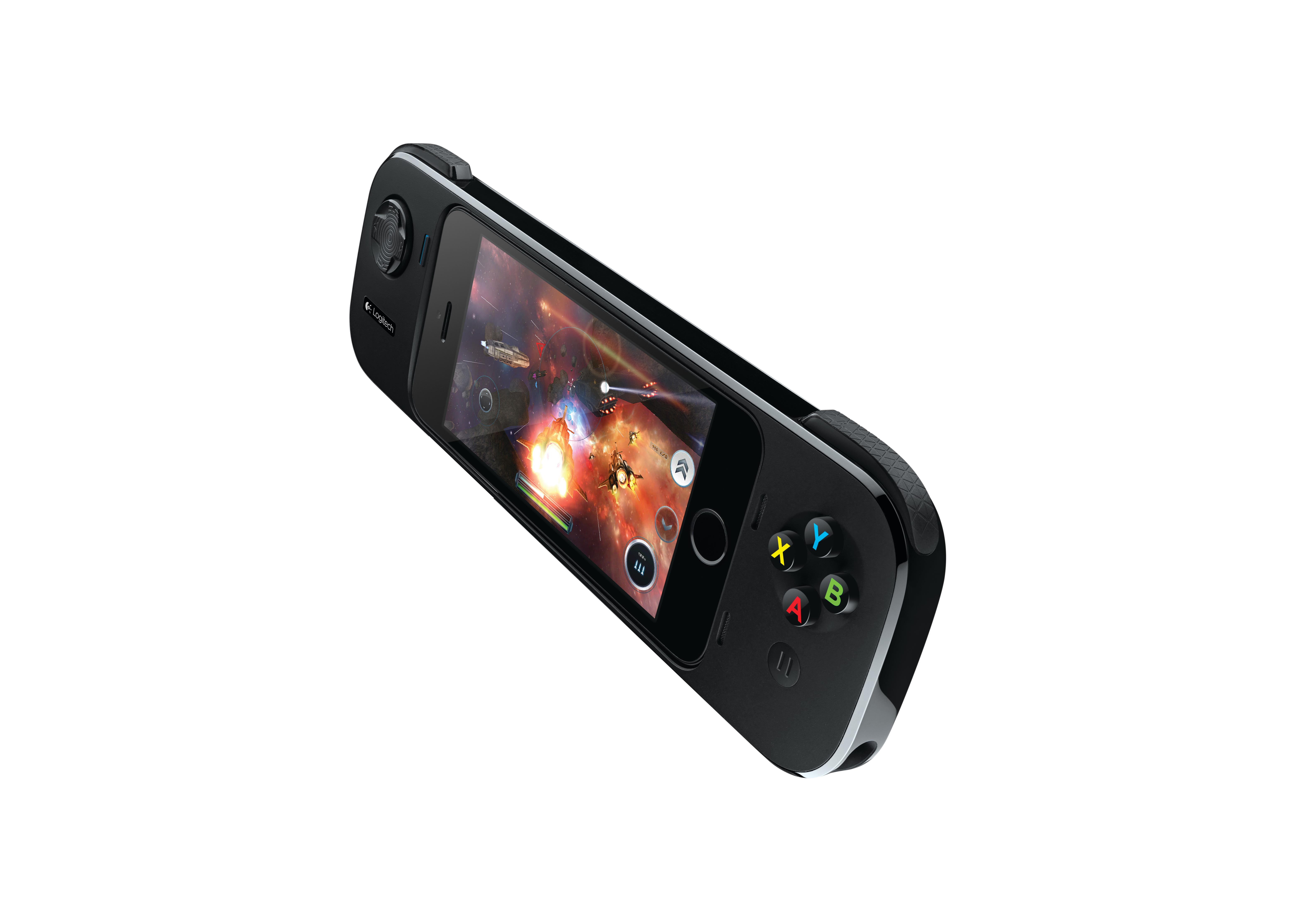 Logitech announce today the Logitech PowerShell Controller and Battery. The idea behind the controller is to provide console style game controls to your iPhone 5s, iPhone 5 or iPod touch meaning you can game easier for longer.

The device is intended to be simple to use, all you have to do is insert your iPhone or iPod Touch into the controller as you would with any standard case. The  Logitech PowerShell Controller + Battery enable gamers to experience something that they are familiar with on consoles with a D-pad, triggers and other buttons to control your game.

Using the Logitech PowerShell Controller + Battery frees up your device meaning the whole screen is available for viewing the game. No more thumbs getting in the way! The controller has been designed to be comfortable in your hands and great to use for long periods of time. Being stated as a portable controller it is designed for your mobile needs so that you can take it on the go and have it fit in your pocket or bag.

“We designed this controller to deliver a true console-gaming experience on an iOS 7 mobile device,” said Ehtisham Rabbani, general manager of the Logitech gaming business. “With gaming so pervasive on the mobile platform – our research shows that 87% of iPhone and iPod touch users play games on their device – it’s time to revolutionise the experience.”

Even when your device is in the controller you will still have access to all the buttons, headphone jack, camera and charging capabilities. With a built in battery you can game for longer, the 1500 mAh battery increases the capacity of your iPhone 5s, iPhone 5 or iPod touch and both batteries can be charged at the same time.

The controller is ready for the iOS 7 controller frame work with a growing list of games which are supported. Some of the games already supported are Bastion, Fast & Furious 6: The Game, MetalStorm Aces, Galaxy On Fire 2 HD and Nitro

The Logitech PowerShell Controller + Battery is available from today to pre-order on Logitech.com for £89.99 and is also coming to Apple stores and other retailers around the world in December.

Be sure to stay tuned for our look at the controller when we get a chance to try it out. We will tell you if it is ready for your mobile gaming needs and if it is worth the money! Let us know what you think in the comments below.