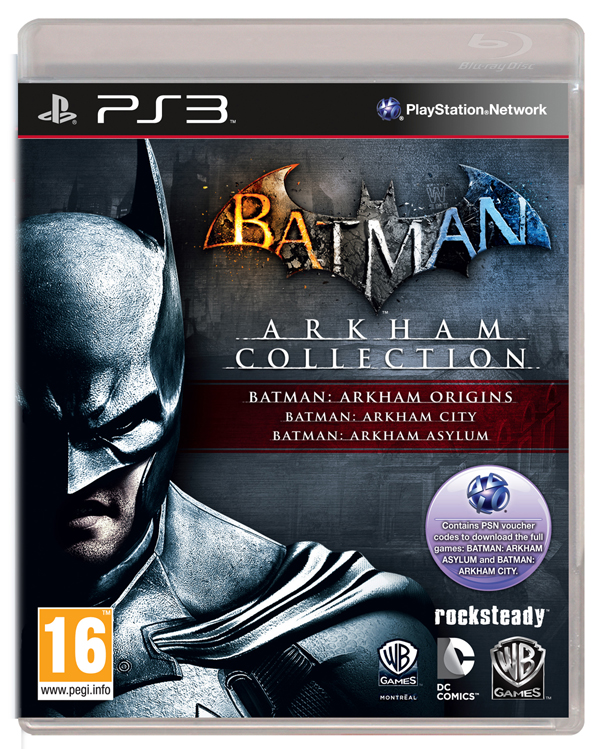 Both the first two Arkham games (Asylum and City) are digital downloads, while Origins is on the physical disc. The collection will be releasing in the UK November 22 on PC, PS3 and Xbox 360. The PC versions of Asylum and City will be the GOTY editions, while the PS3 version of Origins will include the Knightfall DLC.

While it saves printing three times as many discs, it is a little disappointing that the first two games don’t come as part of the physical package as well. Paying for a “collection edition” and getting a box with one disc and two slips of paper seems a little underwhelming past the colourful cover.

What do you think? Wish all three came in one box, or will you be happy just to get the ultimate Batman game collection? Let us know in the comments.