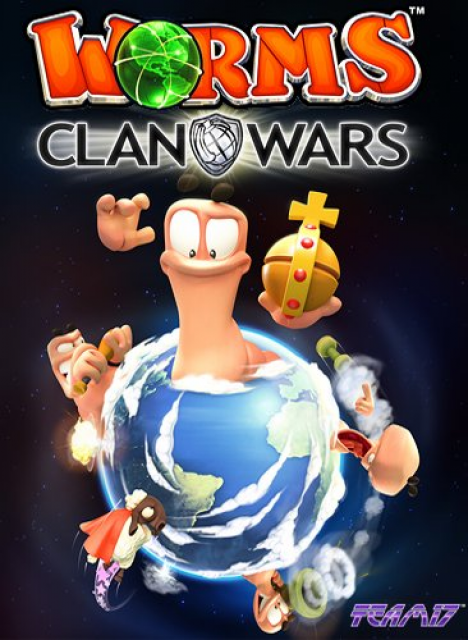 Team 17 get away with murder by gaming industry standards. Every couple of years they bring out a new Worms game and every year bugger all has changed. Oh yeah sure they add a new gun or two that no one will ever use but under the hood it’s just the same game it was back in the early 90’s. The last title in the series, Worms Revolution, finally refreshed the classic Worms’s formula and added dynamic physics, letting you drown the enemy worms a little bit before you smacked them into the ocean to drown them properly. Revolution also brought with it the stellar commentary from Matt Berry playing the fantastic Don Keystone.

So what does Clan Wars bring to the table? Broken dreams and empty promises it seems. A shame really, it’s not even new; we got plenty of those when Worms 3D was released.

Let me start out by saying that Worms Clan Wars is not a bad game. It’s a great game. It’s a great game because it’s just Worms Revolution and that was a fantastic title. Sadly the new features in Clan Wars are minor tweaks at best, most of which fall flat. Stick some garish spinning rims on a Ferrari and it’s still a sweet ride. It’s just that every addition to Clan Wars is either pointless or has its potential squandered.

Mechanisms are the spinning rims accompanying this latest release. You hit a switch or kill the guard and a gateway will open or a bridge will lower, allowing your little wormy friend passage to the next portion of the map. Sadly these devices are only present in the single player missions and usually serve no purpose other than to show you a door opening and give you a sense of progression. Being able to raise and lower bridges or close doors leading into tunnels in the multiplayer would have led to some cracking tactical showdowns but sadly Team 17 confined this new feature to the Campaign and Worm Ops modes.

You have to raise and lower the bones (stop laughing) to move through the map to its conclusion.

Katherine Parkinson has stepped up to the plate as narrator this time around, taking over from her IT Crowd colleague Matt Berry. She does an admirable job in her role as Lady Tara Pinkle, a not-so-subtle knock at Lara Croft, but she never really captures the same magic that Berry brought to the role. It seems very much that the developers were trying too hard to make lightning strike twice.

With a name like Clan Wars you’d assume this game would be centred on clans, maybe even have those clans take part in a war or two. Well you’d be right, Team 17 is trying to make a big push on the online multiplayer front. You can set up your clan, customise them and then take the fight online against other players. That is to say you could if anyone was ever online, every attempt I’ve made has come back with no games currently available.

Beyond all that it’s all par for the course. The staggering array of weapons is back, from the humble shotgun to the legendary Concrete Donkey. Customisation options are through the roof as well with a menagerie of hats, hairdos, accessories and voices to choose from. The gameplay is exactly what you’d expect it to be, explosive and entertaining but I’m not awarding Team 17 any points for this, they had all their points for this exact gameplay over the last decade.

Is it just me or is the Sheep’s face really red? Maybe it has something to do with the Skunk next to it…

One final feature that is worth both mention and praise is that Worms Clan Wars now has Steam Workshop support, meaning players can download user created content to enhance the Worms experience. No more milking the gamers with DLC to add a few new map textures as they can create their own and share them around. Kudos Team 17, kudos.

All in all there isn’t much to say about Clan Wars. If you’re a fan of the series and you can’t live without more campaign missions then pick it up. But if you and your mates are getting bored of versus sessions on Revolutions and want to spice things up then it’s not worth your money as it adds nothing new to the formula. Worms Clan Wars is a great game…a great game called Worms Revolutions in a new hat.