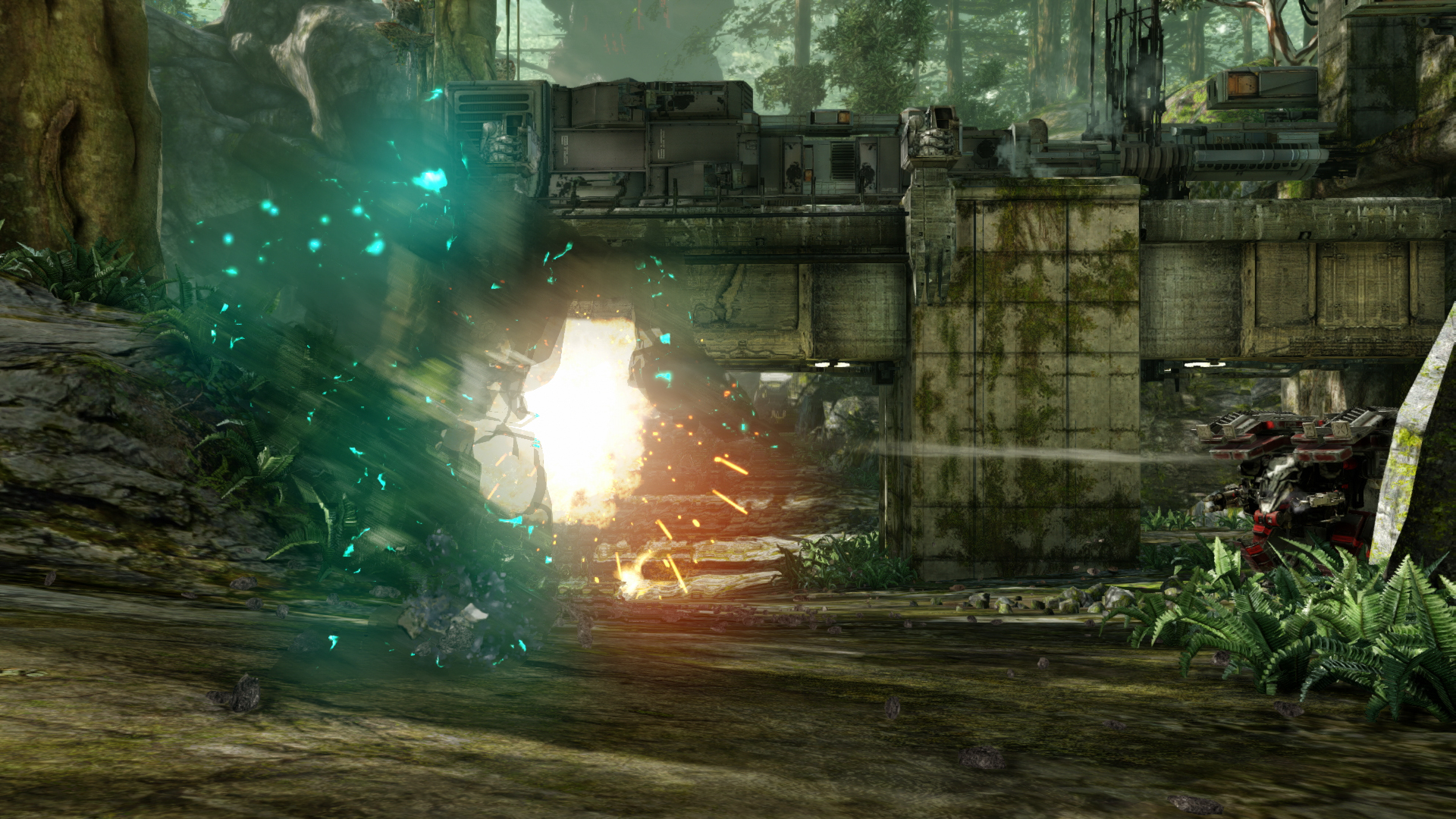 The biggest addition is one of the new game modes, called Co-Op Bot Destruction. In this mode a team of mechs work together to fight off  a whopping 25 waves of rogue AI enemies, with each wave becoming increasingly difficult. Players will be able to gather EU from fallen AI enemies to upgrade their core systems such as weapon damage, armour and cooldown time. Pilots will also receive both XP and HC for competing in this game mode, so you won’t be missing out if you decide to give the deathmatchs a rest. For those of you in to your Hawken back-story, there is even a cool justification for all these horde shenanigans.

“Before the outbreak of the Hawken Virus, Crion had been experimenting with a dangerous new form of artificial intelligence. However, before this new AI could be completed, Crion was destroyed by the Hawken Virus and all traces of the AI were assumed eradicated.

However, disturbing rumors have arisen that this AI was not destroyed, and has in fact become self aware. The latest reports seem to suggest that the intelligence has taken control of one of Crion’s hidden mech production facilities and begun producing an army of its own. To combat this new threat, Prosk and Sentium have formed special task forces with the sole objective of eliminating the AI before it overwhelms the battered human population of Illal.”

It’s essentially just Horde mode Hawken style but that’s no bad thing. There is a reason everyone and their mother has added horde mode to their games; it’s incredibly fun, not to mention satisfying to team up with some friends and do a bit of comp stomping.

The other new game mode is Offline Bot Training, which pits you against a bunch of AI controlled mechs in a practice deathmatch. You won’t get and XP or HC for competing in this mode, but it’s a great place to sharpen your skills or try out a new mech before you throw yourself in the deep end.

There is also a new mech coming to join the Hawken line-up; the Predator. Stay tuned for an in depth look at what the Predator brings to the table but for now here is a quick overview. the Predator is another sneaky mech, equipped with cloaking technology as well as an advanced infra-red vision that allows it to see enemy mechs through walls. It also comes equipped with two brand new weapons; the Breacher and the EOC Predator. The Breacher is a multi-function weapon which serves as either a flak cannon or a railgun. The EOC Predator is a multiple mine thrower which fires sticky mines which can be remotely detonated. On the equipment side of things the Predator has yet another new toy; the ISM Disruptor MK-I. This cool sounding gadget is a projectile that disrupts the visuals of anyone caught in the blast radius.

Invasion rounds things off with a myriad of bug fixes and balance changes, all of which can be seen here.

So there we have it folks, the Invasion update. Let us know what you think of this latest Hawken update in the comments below.