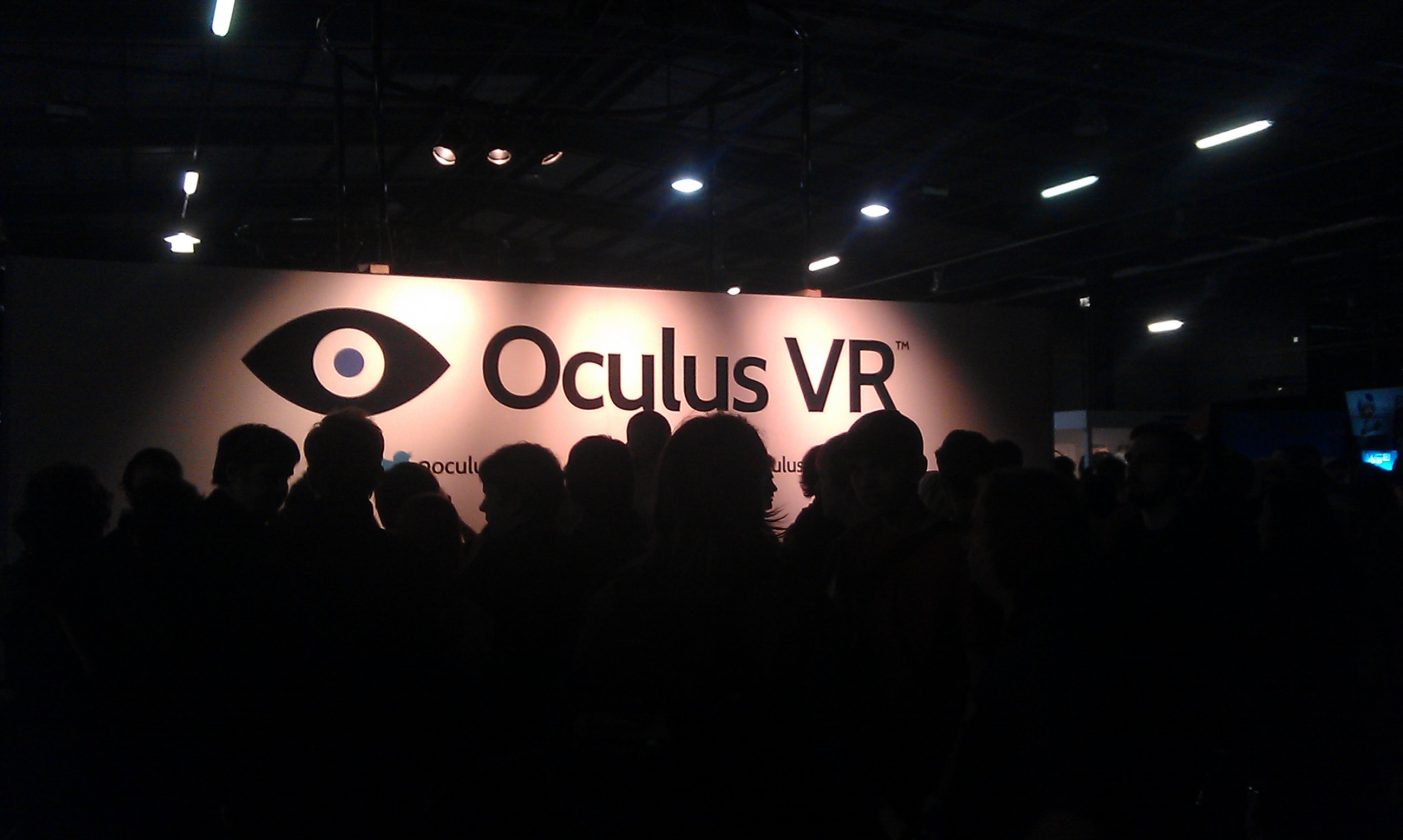 Gaming companies are always trying to bring us the next big thing in gaming. Nintendo brought motion control to the masses with the Wii, Microsoft gave us the Kinect and Sony the PlayStation Move and Sixaxis. All of these features and devices are designed to improve the gamer’s immersion into the virtual world. A sword fight should be better if you have a sword in your hands and not a controller right? Wrong. The Wii leaves you flailing like a moron, the Kinect makes you look like you’re trying to re-enact Minority Report without the cool holograms and the Sixaxis has you turning what feels like a detached car steering wheel.

But fear not, just because the big three have failed to impact the way we game in any significant way, that doesn’t mean it can’t be done. Step forward, Oculus VR and their product, the Oculus Rift.

The Rift is developing a lot of buzz in the gaming community, both from fans and developers. John Carmack, the co-founder of Id Software, Gabe Newell, the co-founder of Valve and Cliff Bleszinski, former design director at Epic Games have all thrown their hat into the ring in support of the Oculus Rift. Luckily for us, the Oculus Rift was on show at PlayExpo this year, so I swung by to have a quick test and see what all the fuss is about.

As you can see, it was pretty packed.

Three games were available to test on; Hawken, War Thunder and iRacing. Sorry to any racing or flying fans out there, but Hawken was too good a chance to pass up so that’s the game I checked out. So I plonked myself into a seat, strapped the Rift on, donned my headset and pawed around at nothing until someone handed me the controller. The first thing I noticed was how comfortable the Oculus Rift is. Considering its size, the Rift is surprisingly light and comfortable to wear. Obviously this was only a short trial but I honestly can’t imagine it being any more uncomfortable to wear than a large gaming headset.

Your first few moments in the Rift really are indescribable, but I’ll attempt to do so anyway. At first it just feels like you’re looking at a big TV in a really dark room…then you turn your head. Instead of the screen turning with you, you actually turn. As I was playing Hawken I was sat in my mech cockpit so when I turned my head from left to right I could look around the inside of the cockpit. On paper this doesn’t sound all that impressive but you’ll have to take my word for it that this is truly some next level stuff we’re dealing with here. We have found our future, this is Shangri La.

Sorry but there really is no way to show the game through Oculus Rift in screenshots, so here is a normal Hawken screen.

It gets even better though. Once you have the controller in hand you can start to move around and really get a sense of the world. The guy helping out with the demo told me to use my jet pack to get as high as I could and then hurl myself off a building, and if that’s not solid advice in life I don’t know what is. We’re a family site here so I can’t say exactly what it felt like, but suffice to say it was both a little scary and a bucket full of amazing. You really do get a sense of motion using the Oculus Rift and falling from a great height exemplifies that beautifully. That feeling you get in the car when you go over a steep hill and drop down the other side is the best way to describe it. Not as intense mind you, as whilst your eyes think you’re falling, the rest of your body is fairly aware that it isn’t but even so, this is an amazing leap forward in player immersion in video gaming.

I’ve mentioned that I was using a controller several times and it’s worth pointing out that you’d pretty much have to as not being able to see the keyboard would make gaming very tricky. You might not think that you look at your keyboard very often, but those quick glances to make sure you’re over the WASD soon become apparent once you can’t do them.

But just as quickly as my peek into the future began, it was over. A tap on the shoulder signified the end of my trial run with the Oculus Rift. I had a quick chat with one of the developers who has overseeing the demos and he was happy to answer my questions. The Rift still has no release date but for those of you willing to get on the cutting edge, you can buy yourself one of the developer versions now for a bargain $300. I was tempted myself when I saw that price, but I’m going to behave myself and wait for the finished product. For now it’s back to this stupid HD flat monitor…what is this the Stone Age?