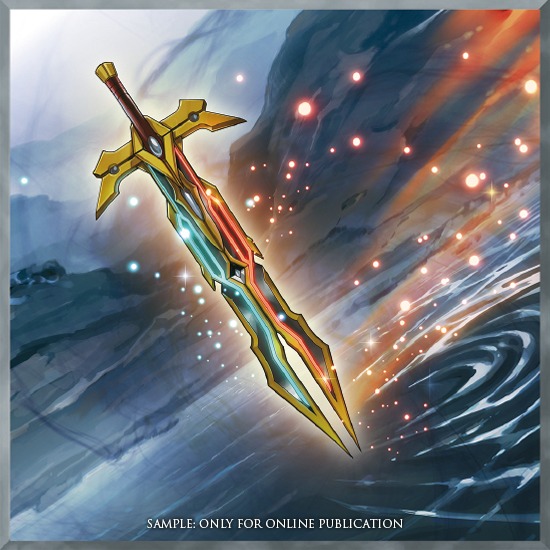 Equip Spell Card
Equip only to a “Noble Knight” monster. It cannot be targeted by an opponent’s card effects. During your turn, except the turn this card was sent to the Graveyard: You can banish this card from your Graveyard, then target 1 “Noble Knight” Xyz Monster you control; Special Summon from your Extra Deck, 1 “Noble Knight” Xyz Monster with a different name, by using that target as the Xyz Material. (This Special Summon is treated as an Xyz Summon.) Xyz Materials attached to it also become Xyz Materials on the Summoned monster.) You can only use this effect of “Noble Arms – Excaliburn” once per turn.

Excalibur’s effect holds some promise for the Noble Knight deck as it allows for some much needed protection to be added to the deck. Excalibur also bodes well for the future of the deck, with the effect stating that it summons Xyz Monsters with a different name to one on the field, we can expect to see another Xyz Monster added to the deck soon, following the other addition to the Extra Deck of a Synchro monster.

What are your thoughts on Excalibur? Let us know if you are excited for the future of the Noble Knight deck in the comments below.