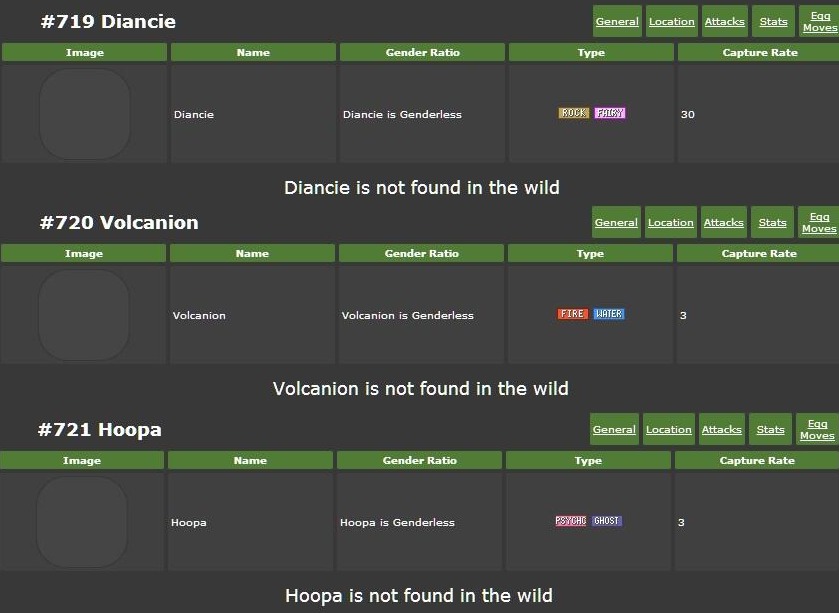 Three Pokémon could be being added to Pokémon X and Y in the next few weeks/months. During all of the supposed leaks a few weeks ago a list appeared that had the names of 14 new Pokémon. All of the Pokémon on said list have since been confirmed to be in the games bar three, Diancie, Volcanion and Hoopa. Players forgot about those three names and dismissed them as fake, but eariler today Seribii, a popular Pokémon fan site, recently put these Pokémon up in their online Pokédex after Zygarde, the 718th Pokémon listing them as follows:

I don’t know about you but these Pokémon actually sound pretty awesome. Regardless of this however, the Pokémon were taken down from Seribii a short while ago for unknown reasons. This coupled with the previously revealed list, could mean there is a strong chance these Pokémon are the real deal!

What do you think these new Pokémon could be? New legendaries? Or just normal Pokémon?