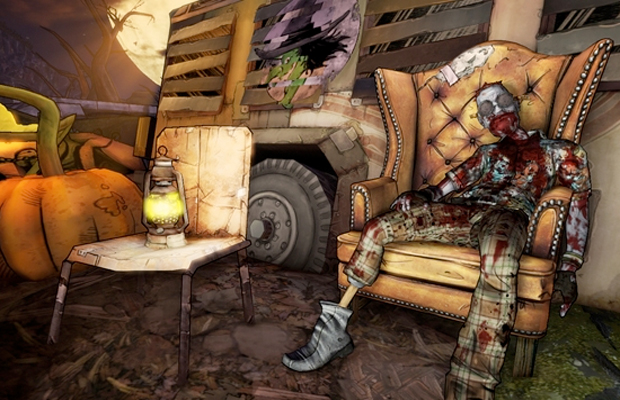 2K Games and Gearbox will be releasing Borderlands 2’s next DLC, Headhunter 1: T.K Baha’s Bloody Harvest, which will become available on October 22nd for the Xbox 360, PlayStation 3 and on Steam.

It is the first of several packs where you hunt down bosses in a newly created area, Pumpkin Kingpin’s pumpkin patch, in order to win his head and a unique skin.

“In TK Baha’s Bloody Harvest, you’ll be tasked by the eponymous zombified corpse to discover the pieces of a key that will lead you into the heart of the Pumpkin Kingpin’s pumpkin patch (try saying that 3 times), where you will confront the Kingpin himself in an epic battle to claim his giant pumpkin head as your own.” As described by Gearbox.

The game’s add on is very small and is meant to be complete in one sitting.

Will you be getting the DLC and wearing your enemies heads? Let us know in the comments.