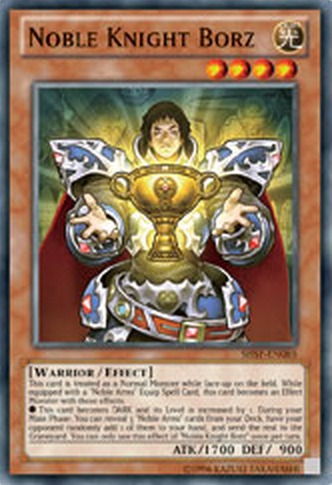 The Noble Knights are a very interesting archetype. Obviously based off the legends of King Arthur (not THAT king Arthur) the set has been popular with duelists for a long while now. However the deck suffers some consistency issues and lacks speed. This all changes with Shadow Specters and the newly introduced Noble Knight Borz:

So Noble Knights get a Spellbook Library of the Crescent in monster form which is sure to add some much needed speed to the deck. This deck could be one to watch during the next format if they keep getting support like this…

What do you think though? Will Noble Knights get more good support? Or is this the best they are going to get?