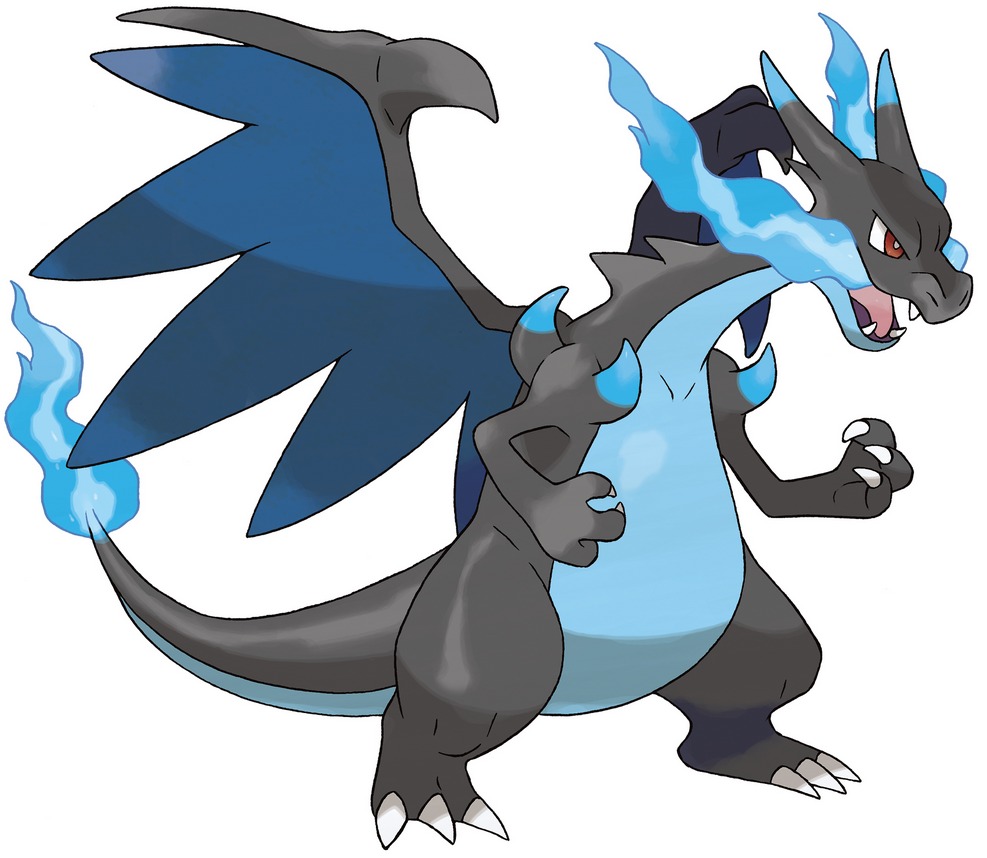 As you may or may not know, Pokémon Origins aired today in Japan. During the episode a Charizard Mega evolved into a brand new version of the Mega Charizard we know of. This Black and Blue Pokémon is called Mega Charizard X and according to Nintendo, it will be an exclusive Mega form for Pokémon X Version (Like the other Mewtwo forms)!

Mega Charizard X is a powerful new Fire/Dragon-type Pokémon which is created when Charizard holds Charizardite X in Pokémon X! It has the ability “Tough Claws” which increases the power of its physical attacking contact moves and it also has an attack boost while in this form!

I don’t know about you but that is one cool looking Pokémon!

What do you think though? Do you like the look of Mega Charizard X? Or is the other one better?