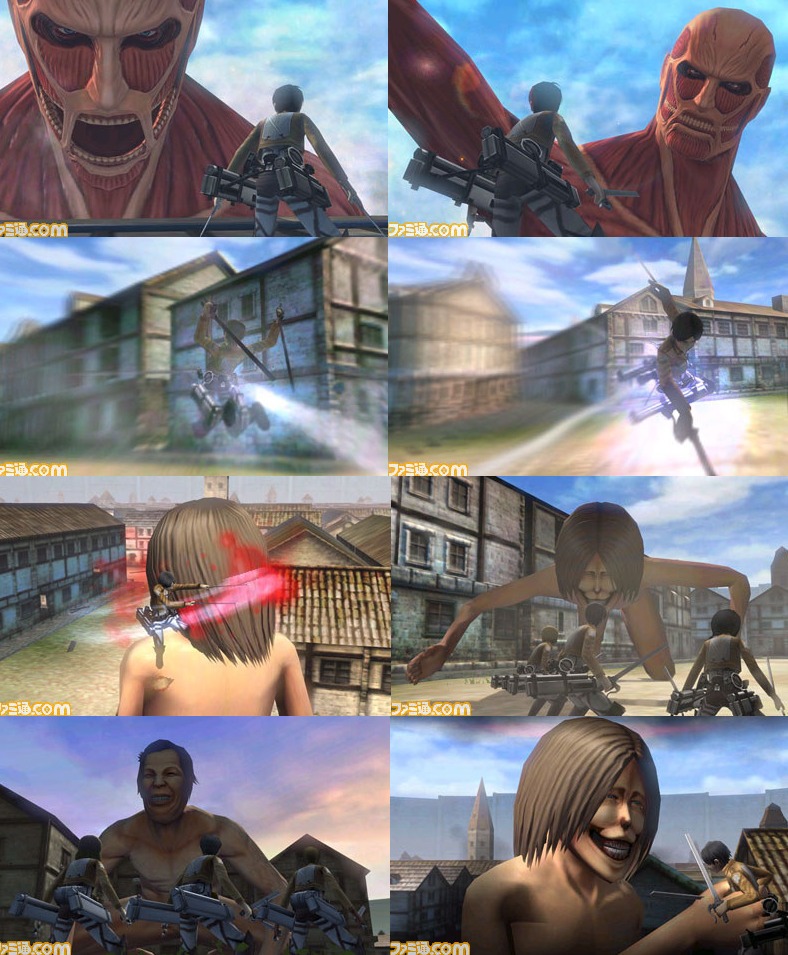 The first set of screenshots for the newly named “Attack on Titan: The Last Wings of Mankind” game coming to Nintendo 3DS have been uploaded online.

Attack on Titan: The Last Wings of Mankind will be released in Japan on December 5th and will be sold for 6090 Yen. The game is set to feature high speed  combat using the 3D maneuver gear from the anime. You will only be able to use Eren in the story mode but after completing it you can unlock Mikasa and Armin to play with as well. 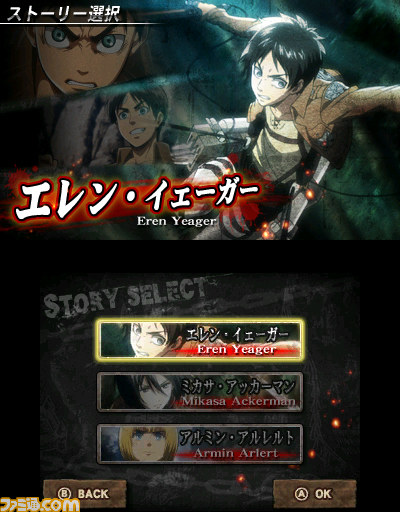 The gameplay revolves around being given missions to go out and kill Titians with a team of AI partners to help you (in single player). In the muliplayer co-op, you and three other friends can go and hunt Titans as a group instead.

There will also be a degree of character creation in the multiplayer as you can create your own personal soldier and level them up via the RPG elements in the game.

Well, I think I got what I, and the fans, wanted!

What do you think? Like the look of Attack on Titan: The Last Wings of Mankind? Will you be getting it?