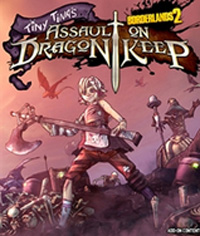 Bethesda, publisher for Arkane Studios surprise hit Dishonored, have announced a Game of the Year edition of the game will be coming out October 8. This comes shortly after the release of the final piece of Dishonored DLC, titled The Brigmore Witches. You can read our review of the add-on here.

The Game of the Year edition will include the full game as well as all of the games DLC add-ons; Void Walkers Arsenal, Dunwall City Trials, The Knife of Dunwall and The Brigmore Witches. This content adds around 14-16 more hours on top of the modestly lengthy main story. If pre-ordered from specific retailers you can also get the Dishonored Tarot deck which previously came with the special edition of the game. The new tarot deck comes with 13 new cards to reflect the new characters released through the DLC.

Dishonored: Game of the Year Edition will be coming out on PS3, Xbox 360 and PC.

What do you think? Have you already played Dishonored? Does this package tempt you? Let us know in the comments.