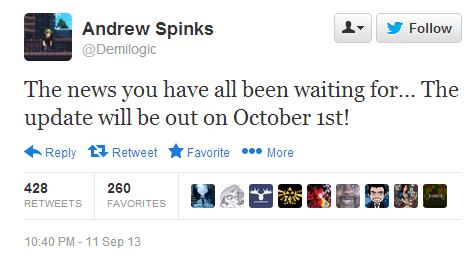 Terraria’s highly anticipated 1.2 update for PC will be coming on October 1st according to a tweet by Andrew Spinks, the games creator.

What are your thoughts on Terraria’s coming PC update? Let us know what you think in the comments below.