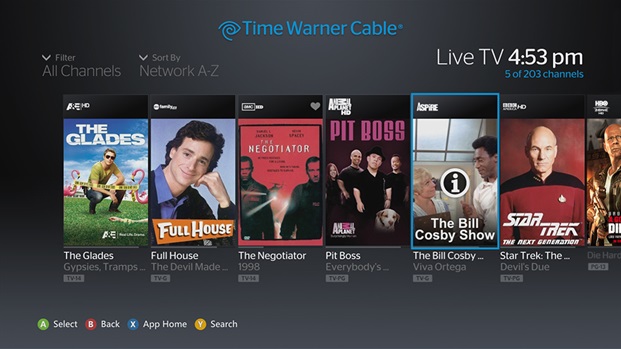 For the longest time, games consoles have been the number one place to enjoy gaming in your household. As time has passed we have seen improved AI, graphics, ways of displaying a story and even the integrity of the console itself. The Xbox 360, PS3 and the Wii U have transcended to become more than just games consoles as they can allow you to listen to music, watch movies, check what you missed on TV and even go onto the internet. As the next generation is on the horizon and another evolution of gaming is coming with it, should we now class games consoles as services instead of just gaming devices?

To properly answer this question let us take a journey back, to before E3, where the Xbox One was revealed. During this event, gamers from around the world tuned in to the live stream that would show the next step in Microsoft’s path of gaming. However, after the event came to an end, many people were in uproar. This was due to the event being more about publicising the service capabilities of the console instead of the major gaming attributes. Many die hard gamers came out to the company, throwing threats in their face and laughing at the ‘TV, Sports, TV, Sports’ mentality of Microsoft. This then placed the console on a very difficult position as E3 was on the horizon.

Is this the kind of content we want from games consoles?

During E3, we witnessed the Xbox One’s competition in the next-gen, the PlayStation 4. The showcase of the console was a grand spectacle as the many companies tied with the console came out to express their joys with the device as well as what they are currently producing. If there was one thing the announcement got over, it was that Sony was definitely putting games first and services second, catering to the gamers that want to game. Although the PS4 has announced their service plans on the console, they still hold close their emphasis on games first and services later, especially when it comes to their business plan. Microsoft came to E3 with a conference completely focused on games, but some people still criticised that it was too late due to the PS4 reveal.

So what are Microsoft doing different in comparison to Sony concerning next-gen? Microsoft is going ahead with the Xbox Live Gold membership plan that gamers have been used to. The membership will allow gamers to play online and use the various services available on the console such as Netflix and on demand services. In comparison, the PS4 will allow everyone to enjoy the use of free-to-play games, on-demand services and streaming apps for no need of a membership. However, if customers would like to have PS Plus, you can check out free games every month, online playability and even more games you can check out and purchase via the PS Store.

Look at all those PS Plus Guarantees

As you can see, the one that stands out straight away is PlayStation Plus’s system. It concentrates on giving you the gaming content you would want rather than the service content you would want. On a side note, it is interesting as to how the Xbox One will deny you access to free on demand services just because you do not have a gold membership. Details such as these are still susceptible to change before the consoles release, but as of now that is quite shocking. Both memberships will give you an array of classic games to download for discounted prices or even free which is a definite plus for both sides.

The next big area of discussion is the matter of these ‘services’. The Corporate VP of Microsoft, Phil Spencer, said in an interview to The Guardian that:

“Consoles today are as much a service as they are an individual purchase, Our commitment through Xbox Live and updating the software and keeping the games coming is a long-term service commitment.”

This was addressed alongside the inclusion of the Kinect with every Xbox One console on launch, which is ‘needed’ in the services that the console brings. Services are nice on a gaming console, it makes things easier than having to log into a computer and check something. However not every gamer wants a ‘service’ when it comes to gaming. They just want to be able to pick up a game, play it and shut off the console when they are done. This is without the worries of having to pay for a membership, being online permanently or having a device rigged to your console in order for it to function ‘as intended’.

I know where I stand on the matter. Being able to call people on Skype, stream your gameplay live whilst playing and being able to catch up on missed TV is a great addition. However, a games console is just that, a device someone uses to play and interact with video games for the sake of enjoyment. Take adding on these services and making people pay for them, as well as the use of going online. This can be a very negative scheme as you give your populous nothing. However, if you give them something for nothing and then give them incentives towards the services that are gaming related, then the deal has value. In the end of the day, I want to play my games and have fun with it. If I want to watch a film or listen to music, I will either shove in a Blu-Ray/DVD or turn on my stereo.

Which one do you prefer?

So that’s my thoughts on the matter, what do you guys think of consoles turning into ‘Services’? Do you think next-gen will remove the term ‘Games Console’ and replace it with ‘Entertainment console’? Let us know your thoughts in the comments below and tell share with us your service ventures on the VGU Forums.