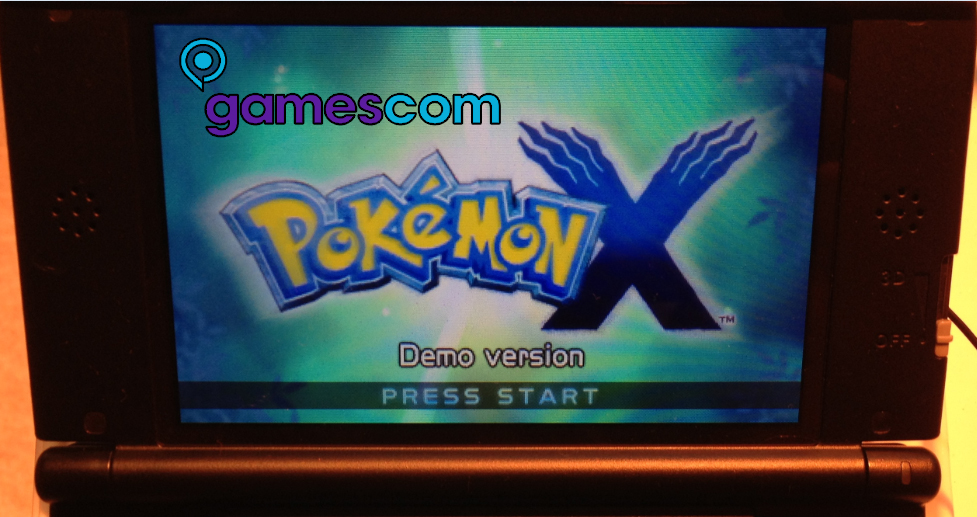 Pokémon X and Y is one of the biggest handheld games coming out soon so I was very eager to try out the demo to see if it’s worth all of the hype. Pokémon fans, rest easy, this demo is not only awesome but does a really great job showing off everything available in the new games.

As you start the demo you enter a battle against everyone’s favourite flagship Pokémon, Pikachu. There are two big complaints that we have always had with the Pokémon series, sort out the looks and give the critters actual voices instead of beeps. So you can imagine how happy we were when the first 3D battle was against a Pikachu who proceeded to squeak out a “Pika Pika!” when he appeared. 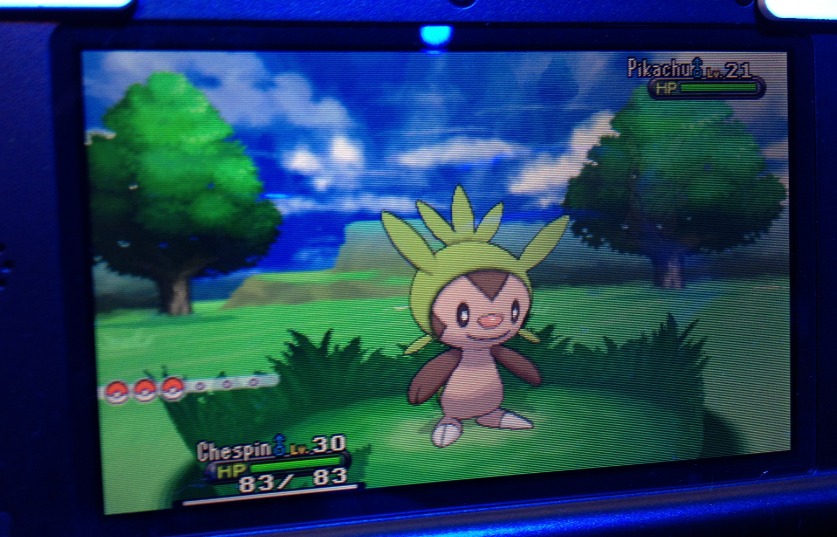 I started with Chespin which is lucky as the starter is randomised each demo playthrough and I happen to really prefer this new starter Pokémon.

Really, everything in the Pokémon series has been stepped up by X and Y and the demo really shows this off. The battles are seriously cool to play, the new 3D environments are a joy to walk through and the trainers and people are interesting to see and talk to. This and other small additions, like going into a first-person perspective when you enter wild battles and when you throw PokéBalls create a new feel for a Pokémon game while making sure that it retains the winning formula from previous titles in the series.

A worry that some fans of the series have had with the change to 3D is that the animations and battles can end up taking a long time, and while this is true to an extent, it is not that noticeable. Yes, the battles do last slightly longer but no so long that they become an inconvenience. This combined with the catchy battle theme and great SFX makes each trainer battle and random encounter worthwhile to play through.

Another feature the demo includes is a very basic version of Pokémon-Amie, a feature that lets you interact and play with your Pokémon in real time. The demo version does not let you use the music or face matching games but it does let you stroke and feed your Pokémon. As you can expect this is absolutely adorable and if you are a younger gamer or just loved Nintendog/cats you will love every second of this!

Some other small changes to the game are that running is now standard and by holding down B you end up roller-skating to go faster, Wild Pokémon now wander around on the field in 3D for you to interact with and trainers have full 3D models before and after the battles as well as the Pokémon.

So after going through the demo and seeing all these new features you get approached by the new Professor, Sycamore. He gives you a Mewtwo and then asks that you battle him. So, what so special about this Mewtwo? It can turn Mega! Turning a Pokémon Mega is a simple as tapping a button in the respective Pokémon’s move list while in battle. Then, after selecting an attack, the Pokémon will turn Mega and then continue to attack. This is the final battle of the demo and it is a great end to the whole experience.

If you were not excited for Pokémon X and Y already, VGU can honestly say now, you should be!