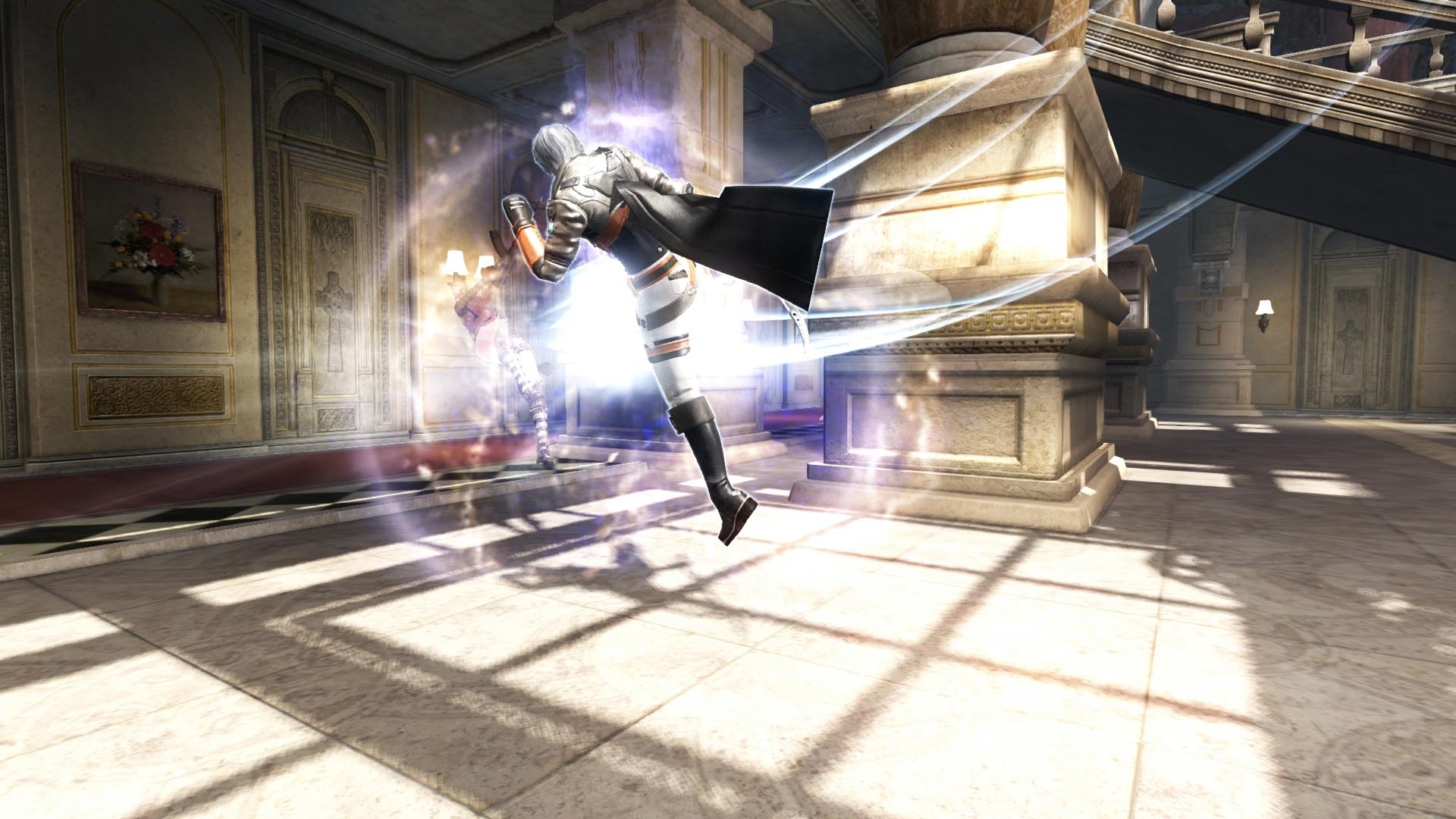 During GamesCom we got a chance to sit down with the guys over at ProSiebenSat.1 Games and try out the successor to Gunz, Gunz 2.If you are unaware of Gunz it is an arena based third- person action FPS with themes taken from Korean/Japanese anime art style.

The first game garnered a cult following after bugs and exploits were found which completely changed the original game and something called “K Style” was born. This was basically bug abusing and being able to wall run and doing tricks by bugging your character movement in ways which you were not meant to. The most well-known bug was jumping in the air with a sword slash would cause you to float and this was known as the Butterfly. Gunz was a game that if you did not know K Style you would not be able to win and this put off new players.

Gunz 2 has scraped the bugs which caused K Style and this has caused some discontent in the community with them “betraying the roots of the first game” but Gunz 2 has taken the bugs that served the gameplay and turned them into full-fledged game mechanics. This is the developer’s attempt at taking the good bits from the original game but making it more accessible to new players.

A notable feature taken from the original game is the wall running which allows you to use the environments to your advantage dodging you opponent or taking them down from above. Just run up to an object or a wall and double tab the space bar and you are able to wall run.

Gunz 2 will make you remember the chaos of games like Unreal Tournament and Quake with small areas and a fair amount of players, meaning the action never really stops until the match is over. This makes the game enjoyable to play and you may find yourself saying “just one more match”. When starting a game, the matchmaking system will check your stats and your level and put you with players around your skill level to keep the game competitive rather than just experts pounding on new players.

Story within Gunz 2 is pretty basic. Two factions are fighting against one other for a resource which they inject into their body, which in turn allows them to pull off the crazy moves within the game making it a valuable part of their universe. Even though it is not an original idea they have done well with backing it up within gameplay and models adding just a little depth to the action shooting genre. We were told they had a 15 page document for the story with logos and faction designs etc. which was refreshing to see a developer put some effort into their background story even though it is not entirely needed.

Gunz 2 is currently in closed beta with content including 3 playable classes, 4 different game modes and 5 maps. There are going to be enhancements to the content, smaller regular patches adding new costumes, weapons and other items with bigger updates hopefully every 6 months with new character classes and game modes. If they can pull the updates off it should increase the replayability and prevent gamers getting bored of the same thing over and over again.

The 3 current classes are a long range Assassin, a jack-of-all-trades Gunslinger who is all about bullets and grenades and a Shield Trooper which is a slow moving, high defence guy with a flamethrower. During the closed beta they are balancing the classes and once that is over they will be looking at adding more different classes for additional variety. A good move the Gunz 2 team have made is listening to the community and taking their feedback on what classes they would like to see in the game. So they would be looking at what fits the game play and the style and seeing if they can actually add in those community suggested classes.

The game modes available at the moment are the standard death match, team death match, team elimination i.e. last man standing wins game play aka Counter Strike, and then a non PvP mode which is your standard horde mode against AI controlled bots for co-op play. There are also 9 different levels with 2 boss fights which is a good idea for an online shooter to have a smaller co-op styled campaign.

An achievement system is also in place allowing players to unlock new weapons etc. and these achievements span both the PvP gameplay and co-op gameplay allowing players to choose more how they are able to unlock rewards. Gunz 2 is free-to-play game but is not pay-to-win and while it does have an online store, we were told all purchases are cosmetic, buffs or time saving and everyone has access to the same weapons and abilities regardless of money.. This is now a must have system in any free-to-play game and the store has two currencies; normal in-game gold and real money platinum and the store clearly lays out both options. Weapons and skins have can be bought with both in-game money and real money.

Overall GunZ 2 is a game for players looking for the classic fast-paced combat but has a twist on the mechanics like the wall running to add to the gameplay and the tactics players have to use. The visuals are good looking, taking from the Korean & Japanese anime style and adds onto it by allowing players to not only play competitively online, but also with their friends via the co-op campaign.

Check out GunZ 2 when it hits open beta to play the more refined experience and see the fact sheet attached below for the summary. Remember to let us know what you think in the comments below.