Call of Duty: Ghosts is one of the most anticipated shooters coming out soon with its dogs and its scuba diving exciting fans at various different reveal shows recently.

Naturally, a lot of players have been wondering what exactly has changed from previous Call of Duty titles, so, let’s jump straight into the multiplayer game! As you start you will notice that the level of customization has been increased, you will end up taking a while to make a character for yourself, putting together weapon sets, skills, perks, looks etc. It all makes the game feel more personal when you are using character builds and looks that you make which is a nice touch.

We started by playing a standard control point game; this meant that I could explore the map a bit and really get a good idea of all the game had to offer. To start, being honest, this game does not look that amazing. Don’t get me wrong, it looks great by current gen standards, but it doesn’t scream “next generation” which is a shame. However, something which has improved is the overall smoothness of the gameplay. Moving and swinging you gun around feels a lot nicer than it ever has in a Call of Duty game and this allows more fluid gameplay than in previous titles. This also carries over for the animations which are a lot better, smoother and more realistic than before which improves the quality of the multiplayer experience. 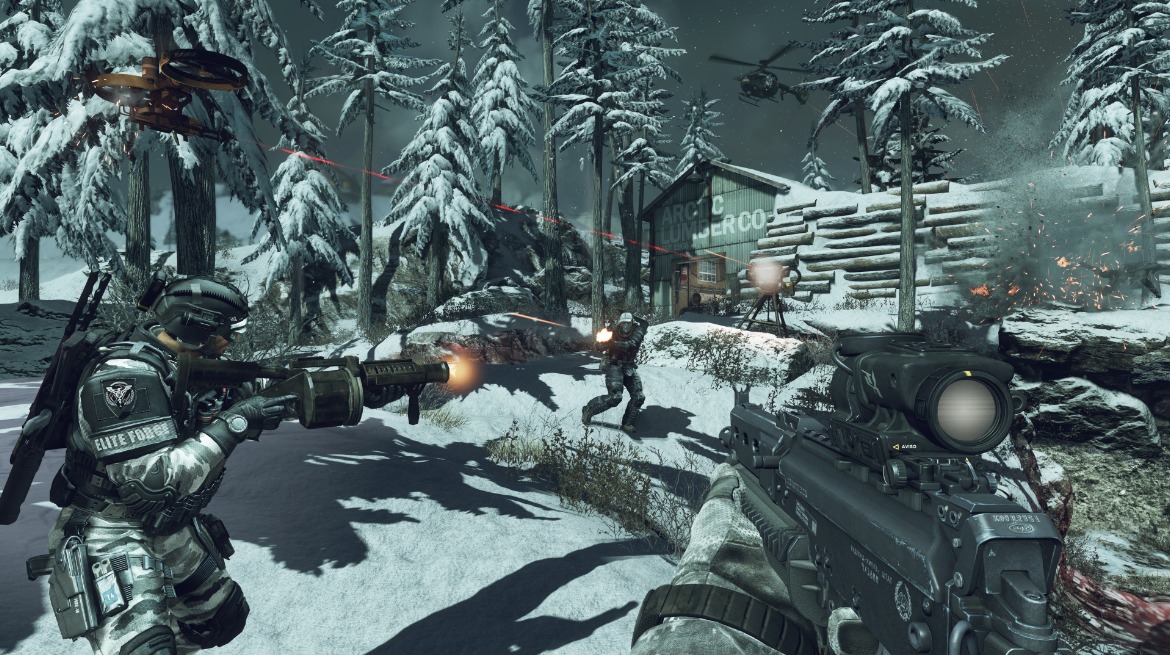 After playing for a while we noticed that we had not really seen or used any of the new features. For the life of me I could not figure out how to slide or lean around corners. This is a shame as they sounded like they could have mixed up the gameplay a bit but there was never really any need to use them outside the normal tactics employed in a session anyway. Also the we all couldn’t see how the map was “dynamic”, as far as I saw throughout the match the map remained pretty much the same. Some other players in the group claimed that some debris moved around but I didn’t see this.

The sad fact is that Call of Duty: Ghost sits in the “alright” category of the FPS games at Gamescom this year. It is by no means a bad game, it actually was really fun to play, but it seems like it has been outshined by the other titles available this year. If you are a fan of the series you are going to like this improved type of gameplay. But, maybe hold off on getting this game if you are looking for something a little different from your next gen FPS.