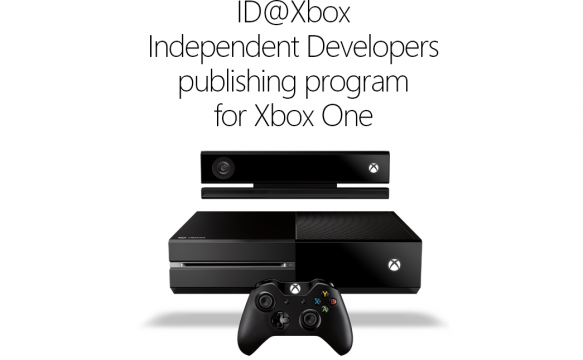 Rather than have lots of flame-baiting comparison articles, we thought it would be better to look over the Gamescom performances of Microsoft and Sony separately to see if they hold up on their own. So let’s kick things off with Microsoft.

Microsoft started their Gamescom with a super-secret-but-not-actually-secret-at-all conference in what appeared to be a bunker several miles under the earth. Phil Spencer and Phil Harrison, aka Phil and Lil, presented this conference behind closed doors rather than having an open conference like Sony and EA. Straight out of the gates they revealed their new indie self-publishing scheme, called ID@Xbox. They showed off a montage of indie developers yapping about what they wanted from the scheme. It wasn’t too cheesy and it revealed/confirmed some details about the scheme. Here are some of the highlights:

All in all, pretty cool stuff for indie developers. Microsoft might have started on the wrong foot and it will show in the early indie line-up on Xbox One, but they should start to catch up pretty quickly with these changes.

Next we had the revelation of a brand new exclusive title for Xbox One, Fable Legends. OK so we all saw it coming a mile off thanks to Microsoft copywriting the name a few days prior, but whatever. I’ve never really been a big Fable fan, I’m more of a sci-fi guy but this new one does actually intrigue me a bit, mainly because you can play multiplayer co-operatively, or take on your friends as the villain. Also it was fittingly voiced over by Michael Gambon, a living legend most famous for his role as Dumbledore in the later Harry Potter films.

Next we had a quick trailer for Fighter Within which showed some people getting beaten up. It’s coming first to Xbox One. There is a phrase we heard a lot at Gamescom from both Microsoft and Sony, coming exclusively first. We also saw another Ubisoft title in the conference, Tom Clancy’s The Division which will have SmartGlass integration and some Xbox One exclusive content. Again big whoop, the game looks cool but the SmartGlass functionality looks a bit pointless and exclusive content is pretty much a given with most games for one console or another.

While we’re on the exclusively first train, Microsoft revealed that Peggle 2 and Plants vs Zombies: Garden Warfare will both be coming first to Xbox One.
Mojang were wheeled out again as the ‘look at us we love indie’ poster boys to reveal that their new game, Cobalt, was coming to Xbox One and Xbox 360. It looks pretty cool, kind of like Castle Crashers with guns. Mojang are cool and all but they don’t really count as indie anymore, they probably have more money than some countries do.

We will never let him forget this moment…never.

Right, that’s the indie crowd sorted, Call of Duty time. Mark Rubin from Infinity Ward wandered out on stage to reveal that Call of Duty Ghosts would have dedicated servers on Xbox One. This could be a pretty big deal, especially if Sony’s PS4 does not have dedicated servers for COD. They also revealed a new game type called Blitz. Both teams have a scoring zone they must defend. Teams get points for getting players inside this zone, whereupon they are teleported back to their spawn point. This new game type sounds pretty cool, providing a more tactical sounding game type, as you must not only get into the enemies scoring zone but defend your own as well. Think capture the flag on steroids and you’re pretty close to what Blitz will offer. COD Ghosts will be available in bundles with the Xbox One with exclusive content at launch, again cool but pretty much a certainty.

This next series of announcements annoys the crap out of me, simply because I am one of only 14 men in the entire United Kingdom that doesn’t like football. Microsoft will be giving away a free copy of FIFA 14 with pre-orders of Xbox One in Europe. This is a fairly huge announcement, despite what the naysayers would have you believe. Yes a PS4 and a copy of FIFA 14 is still cheaper, but this deal closes the gap to the point where price is no longer an issue. Couple this with the revelation of FIFA Legends, which will allow players to create their ultimate dream team including legendary players from throughout history. Freddie Ljungberg and Ruud Gullit strutted out on stage to reveal this new feature which will be exclusive to Xbox One. Once again, for football fans this will be a huge swing for Microsoft. FIFA is the biggest franchise in Europe, and to offer football fans such an amazing exclusive could be the deciding factor on which console they pick up. Incidentally, if anyone wants a copy of FIFA 14, I’ll have one for sale in November. God I hate football.

Did you see that ludicrous display last night?

Outside of the conference, Microsoft dropped a few little details here and there. For starters we got the full list of launch titles that will be available on Xbox One, which you can find below:

We also found out about Killer Instinct’s pricing model, which I’m going to go out on a limb and say that I like. A lot of people are complaining but at the end of the day, the game is free. You get one character and you can pay for as few or as many characters as you want. Most people have one or two favourite characters anyway, so they can just grab those whilst the ‘completionists’ can buy the pack that contains all the characters. The full pricing plan is here:

My money’s on the giant wolf man if I’m honest.

That’s pretty much everything covered. There were a few other little titbits shown, like Ryse: Son of Rome’s multiplayer mode, but nothing huge. Overall it was a decent Gamescom from Microsoft, but nothing ground breaking. There were only a couple of game reveals and no Crackdown 3, no Banjo Kazooie, no new IP’s to speak of. Maybe they’re saving something big for the Tokyo Game Show in an effort to upstage Sony on their home turf. We also didn’t get a release date confirmation which we were all expecting. There are lots of rumours about manufacturing problems but this seems to be conjecture. It’s much more likely that Microsoft were simply waiting to hear Sony’s PS4 release date so they could beat it to market.

If I had to give an arbitrary score to Microsoft’s Gamescom showing, I’d go with a B-. Nothing bad and a few big announcements, but they hardly knocked it out of the park. Stay tuned for follow-up articles on Sony and EA’s showings at Gamescom, as well as news and previews from the guys we sent out to the event.

What did you think of Microsoft’s Gamescom showing? Did you agree with our assessment of it? Let us know what you think in the comments below.