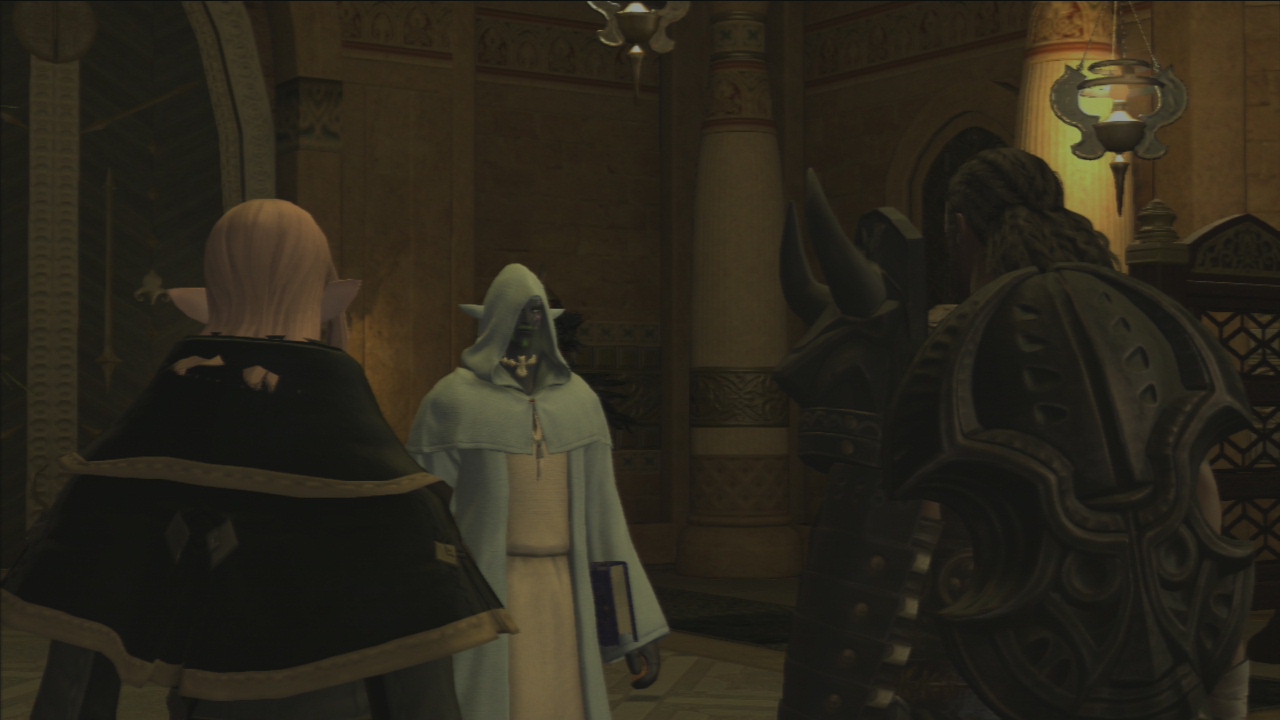 Final Fantasy XIV originally came to audiences a few years back and sadly didn’t live up to the expectations. Many players were disappointed with the title but diehard fans still remained to reinforce the good parts of the game. As time when by, Square Enix had many new developers added to the team and came to the conclusion that A Realm Reborn was the next step forward. After playing the original, will the repackaged and redesigned game stand up to the expectations? Let’s get onto our airships and find out.

The storyline begins where the realm of Eorzea has been changed after a battle that occurred two years ago involving the Warriors of Light and the Garlean empire. As the battle waged on, neither side showed any sign of letting up. That was until this star that hung above the battlefield cracked open to reveal the king of the Primals, Bahamut. The dragon lord ravages the land killing and destroying troops and machines from both sides. After they retreated, both sides reorganise themselves as the next confrontation is about to begin. The interesting thing to bring up about the story is that the battle referenced in a Realm Reborn actually took place in the game. It was the last and largest event that involved every player going all out. Truly a pulse pounding moment in gaming.

A cutscene featuring your character. In this case it is my character, a Arcanist & Thaumaturge

Character creation is quite deep as you have a great array of different styles to play with. As well as aesthetic touches with the shape and size of your character, you also have the choice of what race you wish to play as. Any race can play any role but certain races will excel in specific classes, catering to the ‘stats before hats’ gamers. We have the most human race the Hyur, the half cat half man Miqo’te, the mystical and elfish looking Elezen, the proud and tough Roegadyn and the cute but deadly Lalafell. The interesting trick to picking your race is that your race does not determine your starting location, your class does.

The great thing about all these classes is that you can be every single one of them. You can switch out between your classes with ease and be a jack of all trades. However, if you want to go down a specific route, then Job Classes are a special addition to levelling your character up. When you get to a certain level in your classes you will be able to assign yourself to a job that puts you into a more specialised role in combat. Jobs include:

The Eorzean fashion sense is unique to all classes. This is how your early level Thaumaturge could look

Every job and class will allow you to mix and match certain abilities with one another. A Summoner can have the effectiveness of Thaumaturgy alongside the companion summon skills of the Arcanist. This allows players to become the character they always wanted to be and literally try out anything and everything they desire.

As well as freedom of creation, you also have the freedom to explore as well. One thing that Realm Reborn has improved is the challenge for players upon exploring the world around them. For example, you can go into a starting area with level 1-5 monsters but they are also accompanied by level 10 – 15 monsters. This allows low level players to compete alongside the higher level players, as if you can look into what you could be able to do in the future. On top of this you will always have a challenge when it comes to fighting same level or slightly higher level monsters, creating the need to practice your skills instead of just button mashing.

Creatures and other enemies you will face off against won’t just auto attack you either, but rather they will use devastating abilities that can be either an area of effect, a cone in front or behind them or even a projectile that flies through the air at a set location. This immerses the player into combat as it is more than just standing in front of something all day and slashing. You generally feel more cunning as you dodge an enemy attack, strafe behind them and finish them off. Animations during combat flow from one attack to another, even if you’re going from one ability to another. The combat overall feels challenging, polished and very immersive. A great plus for an MMO title.

One problem I did encounter in my time playing the Beta, that is mainly a concern on the PS3 version, is that targeting feels very clunky in places. In order to perfect targeting on the PS3 you must press X twice to ‘Lock On’ to your target and then you are free to blast or swing away. If you fail at doing this, you could end up blinding swinging at a teammate’s Carbuncle as your enemies kill you. Although the PS3 version of the game is incredibly solid and works really well with the controller, targeting can become a major concern, especially when it comes to an important team fight situation that requires your assistance.

Never felt so great to ride a Chocobo. Later on in the game, you can gain a Chocobo of your own

With a beautiful world to explore, many classes to play, music to enjoy and quests to be completed, Final Fantasy XIV: A Realm Reborn is looking to be the reviving jolt that the game needed. It feels more like a Final Fantasy title now than it was back in the vanilla age. This could be the beginning of a grand adventure. Although there is a lack of voice acting in places and a small issue concerning targeting on the PS3, all of those negatives can be washed aside with the engaging narrative and the classic, re-envisioned soundtrack that drives your gameplay experience. If you are a fan of MMO’s, a fan of Final Fantasy or both, then this is the game you simply must get involved in.

What do you guys think of Final Fantasy XIV: A Realm Reborn? Were you in the Beta? Did you find any problems with the game? Let us know your thoughts on the title in the comments below and share your adventures in Eorzea in the VGU Forums.