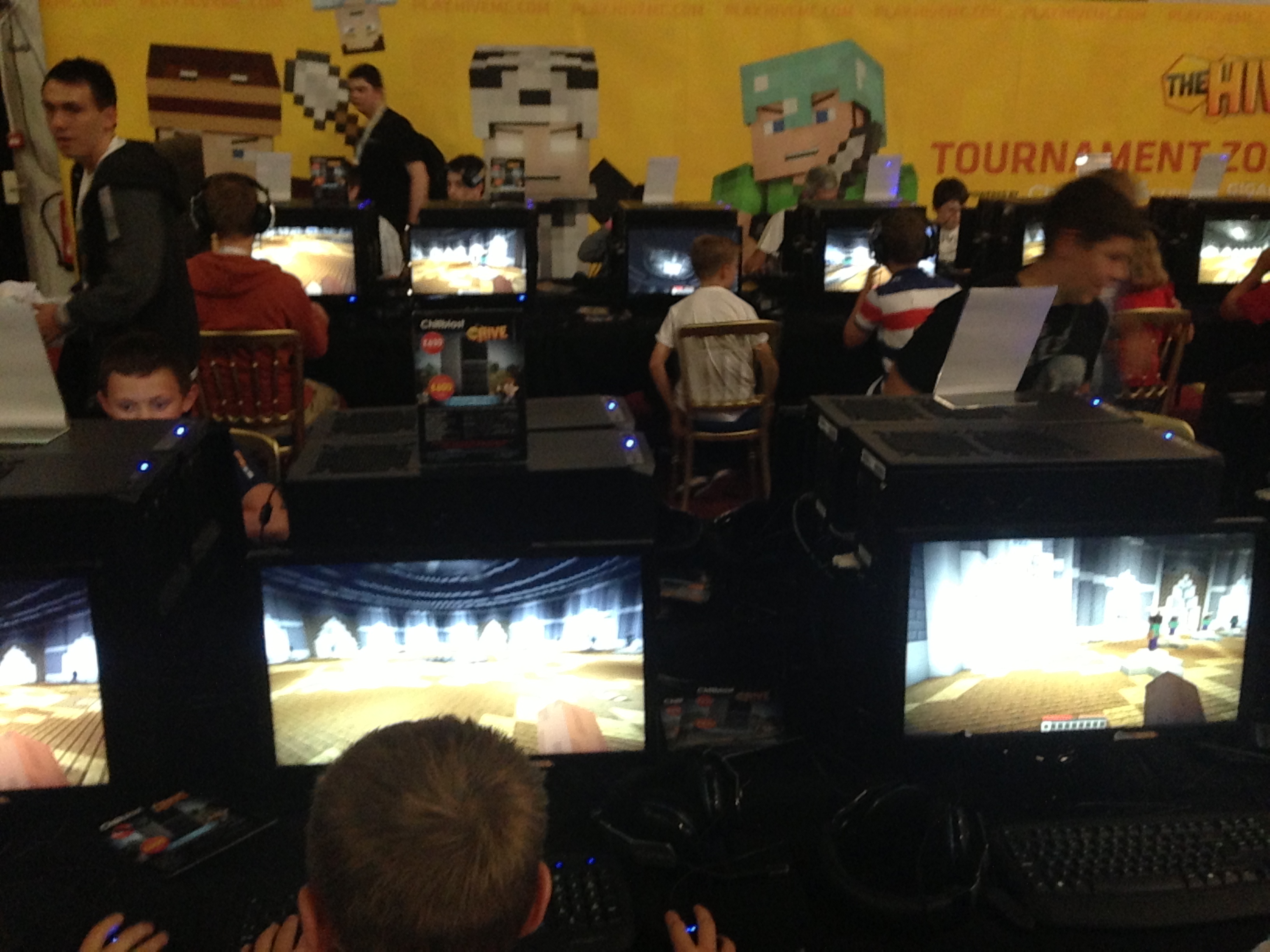 Queuing is the most horrific and painful moment in any LAN event, or Gaming show in general, but here in Telford, on a pretty murky, cloudy day there is a bit of special atmosphere building up. An instinct that tells you, “when I get in here, something pretty damn awesome is going to go down.”

The event, set up in the International Centre, has changed several huge rooms into what can only be described by a humble gamer as myself as a utopia. Lines upon lines of computers, rolling back as far as you can see, teams crowding around each others PC’s, jeering the clutch Counter Strike snipe or deadly lane gank on League of Legends.

Whilst competitive there are smiles, people downing pints of Coca cola and necking back boxes of pizza, meeting new people and trying out new and exciting games.

People of all ages co-operating on Minecraft servers across the event, team play at its finest.

Whilst the competitive scene is a tearfully beautiful moment in and of itself, the main floor, full of retailers, gaming demonstrations and exhibits is another experience entirely. Firstly, VGU has gained interviews with Logitech on their latest mouse products and an upcoming game designed by Dead Shark Triplepunch, Epigenesis  a unique game, currently in pre-alpha footage that combines both Quake, Unreal Tournament and the Madden Series into one different hybrid. Expect a preview of these items soon.

Our meetings set up the investigation of the main exhibit floor. Locations such as the nostalgia Nintendo store, with games going back to the SNES, a party floor with several key games across several consoles from Nintendo 64 to Xbox 360 and several booths promoting 3D vision, disability assist based games and all the new  shiny headsets and nick-nacks. Alongside all of this there are kids of ages across the board with Minecraft pickaxes, swords and spades. Yep, Minecraft came out in style today with hundreds working together on several desktops to build giant super structures and fight to death in various arenas. Personally it was this mix of the hardcore gamers, the families and those who simply came to visit the event to see what gaming is all about that formed a mood which felt out of this world! 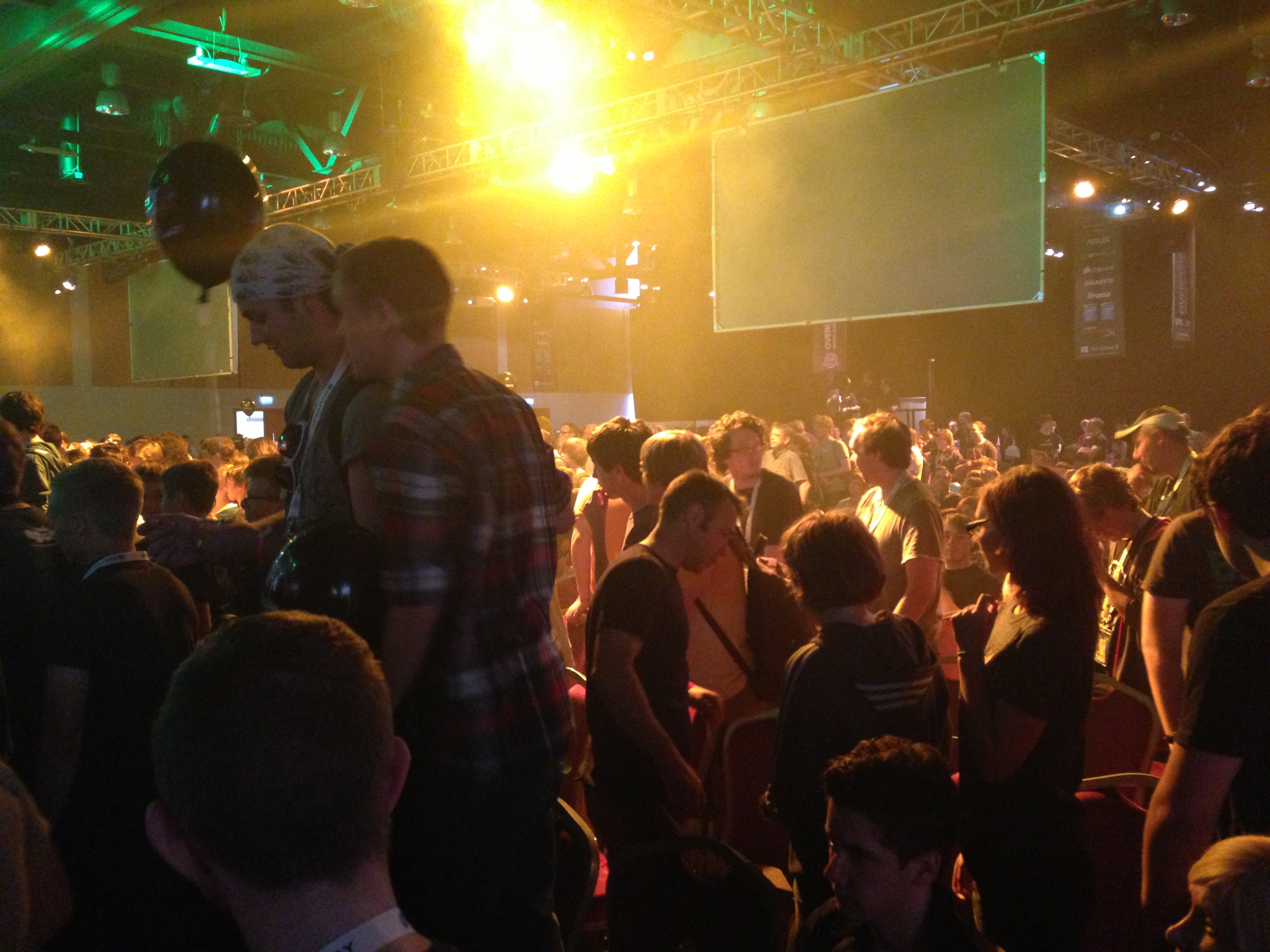 The rooms were packed and the fans came out in style.

Over the weekend the Insomnia Festival is holding competitive events, with prize funds up to £5,000 being provided to several successful teams. Thousands are expect to flow in and out of the event over this time. LAN events such as these are expected to grow and grow with each successive year becoming varied and intoxicating. If you’re in the Telford area be sure to check it out with people such as the famous youtuber’s Yogscast making an appearance over the weekend and VGU will return again to the Insomnia festival over the coming couple of days, and in the next few years as we give you more exclusive coverage of the event.