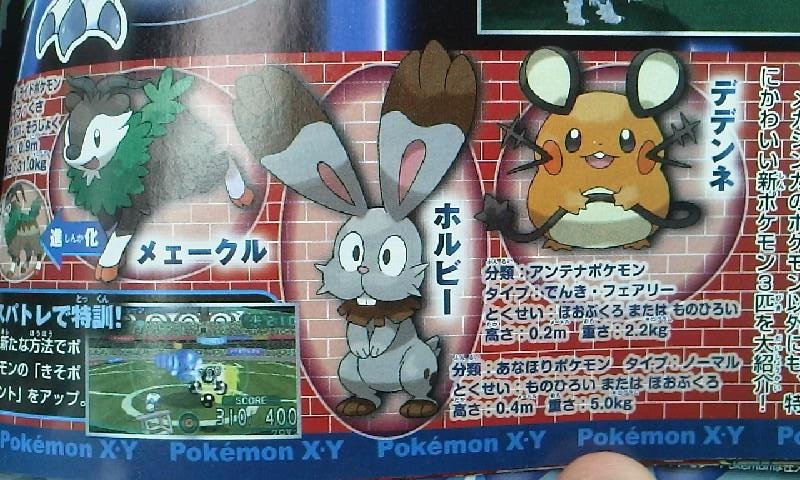 I don’t know what to think but here are the scans for the latest CoroCoro Magazine:

Starting off with the newly announced Pokemon, we have the pre-evolution to Gogoat, Meekuru. The rabbit Pokemon is a Normal type called Horubii (0.4m and 5.0kg) and has the ability Pick-up. Finally the Mouse looking Pokemon is a Electric/Fairy type called Dedenne (0.2m and 2.2kg). 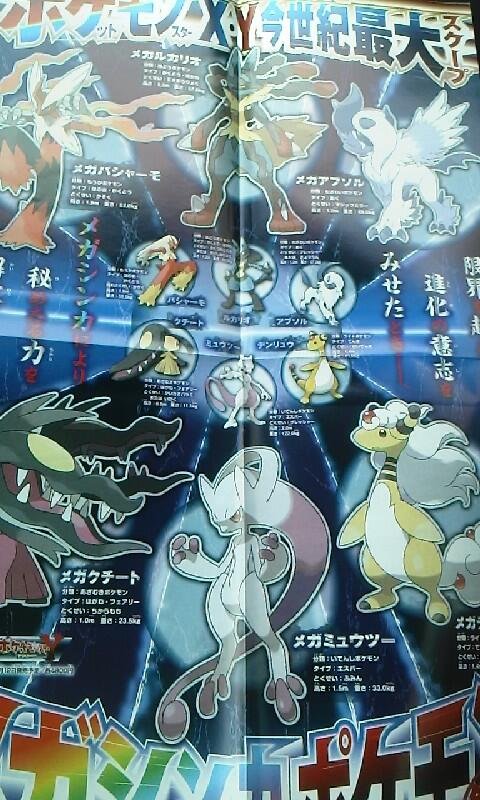 All of these Pokemon evolve into this new form via a process called “MEGA Evolution“. 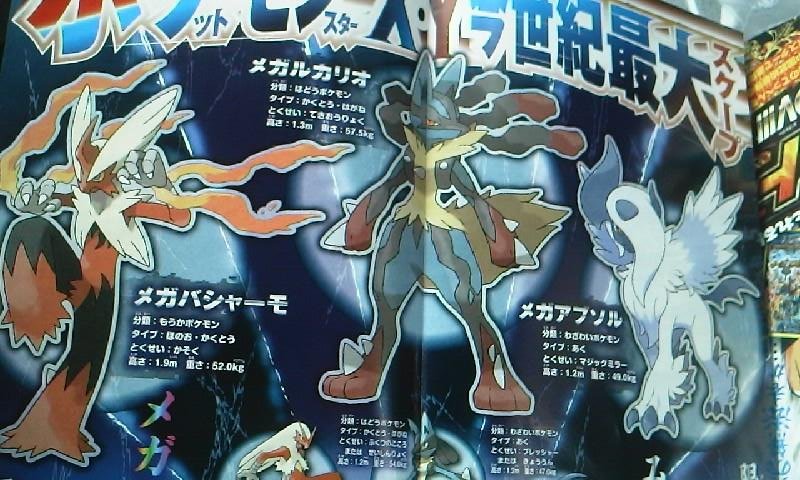 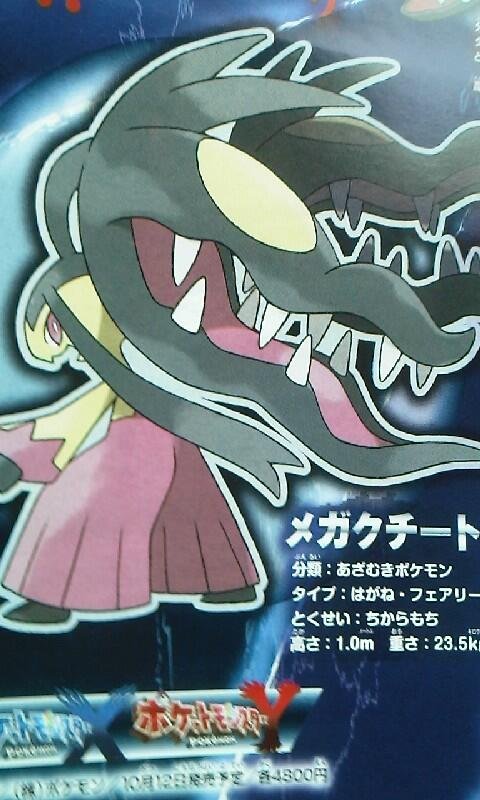 Fans have been looking for an evolution for Mawile for some time now! 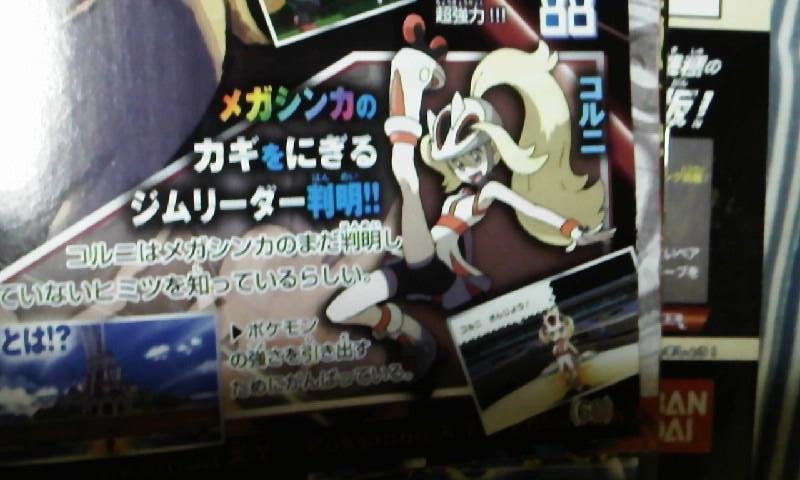 Say hello to the newest gym leader, Koruni. She holds the key to understanding how MEGA Evolutions work! 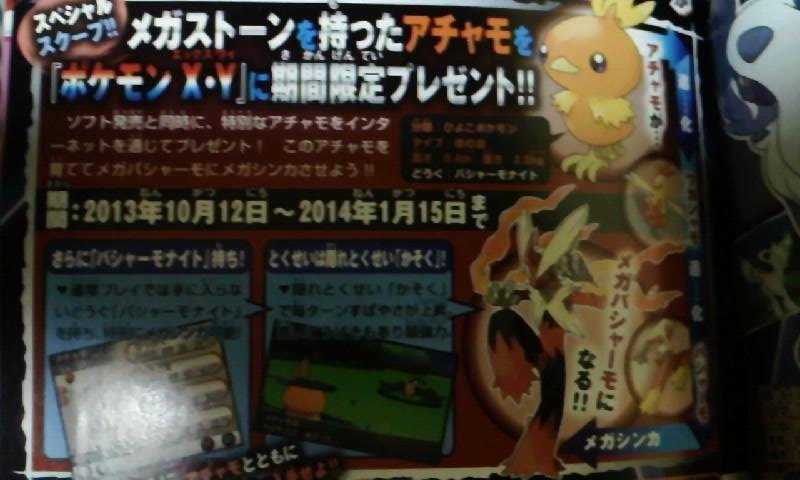 The scans also revealed the first event for Pokémon X & Y! A Torchic will be given out from 12th to January 15th and it will be holding a Blazikenite! Does this mean it can become MegaBlaziken?

These scans are confirmed to be 100% REAL!

MegaAmpharos is a Electric/Dragon Type and has the ability Mold Breaker, MegaMewtwo has the ability Insomnia and according to further sources, the MEGA evolutions can only be used in battle and are NOT forms, or even technically evolutions.

MEGA Pokemon are just changed versions of there base form. It is thought that the Pokemon will stay the same in the field but when sent into battle holding like the Blazikenite, the item the event Torchic is holding, they will evolve into there MEGA version for the battle. When the battle ends they will return to there normal state.

What do you think of the new Pokemon for Pokemon X and Y? What about the new MEGA Evolutions? Let us know what you think in the comments below