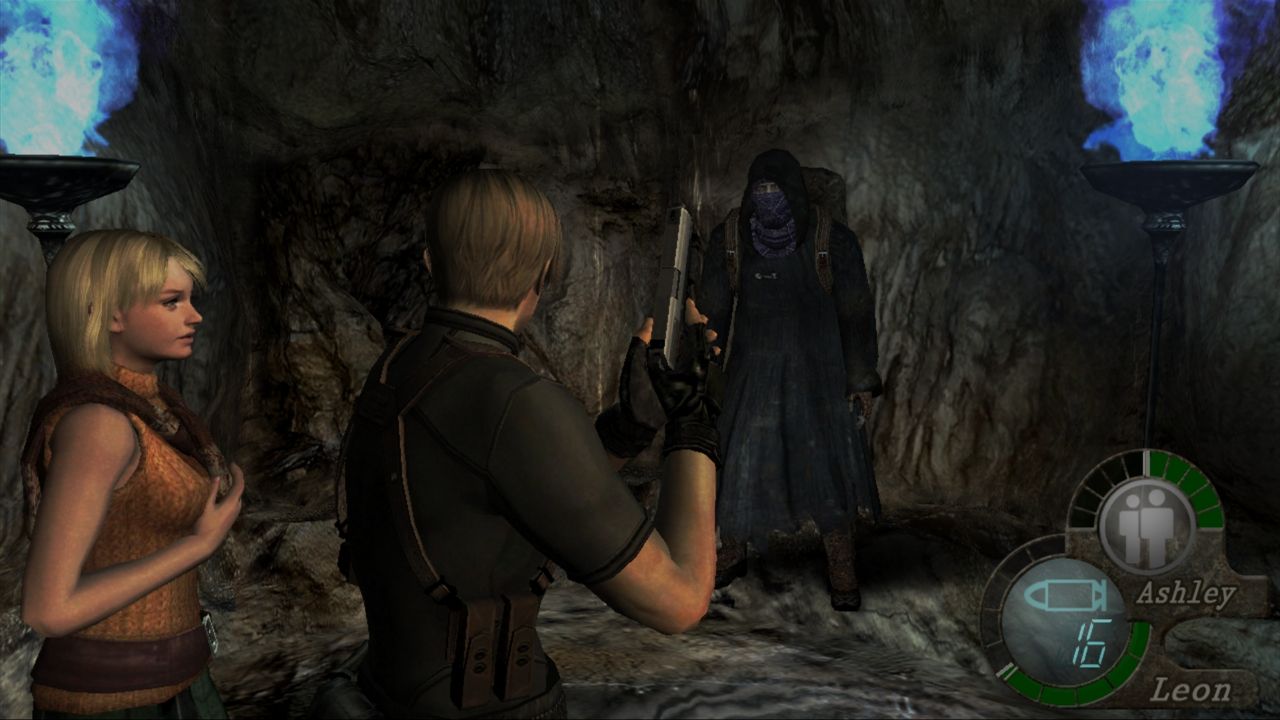 Shadow of the Colossus

What it technically is: A vast open-world action game with basically nothing in the vast open world except the bosses. And triangle is Jump.

Why we love it: In spite of Shadow of the Colossus’s empty landscape – or probably because of it –the game has garnered the sort of respect from fans (and its cult following) that you would expect to see associated with gaming’s Golden Geese; it occupies the same place in gamers’ hearts as Metal Gear Solid or The Legend of Zelda: Ocarina of Time.

And deservedly so. The Forbbiden Land is a huge place, but it is filled with wonder and mystery. Who lived here? When was it forbidden, and why? These are the questions you ask yourself when playing, and the emptiness only serves to intensify the feeling of distance and isolation.

Part of the game’s genius is that simply defeating all 16 Colossi doesn’t take you through every explorable area.

Making an action game where the only combat in the whole game is versus sixteen boss fights is a bold move, but each boss fight should be taken as a puzzle, each with a clever solution (or solutions), that provides the perfect “a-ha” moment every time you figure it out. The empty open world makes the boss fights that much more amazing, and in today’s conventions of game design whereby the player is simply put through one action-packed set-piece after another, the Forbidden Land in Shadow of the Colossus reminds us of the beauty of quiet moments.

What it technically is: 90% escort mission where the escort in question is so helpless they have to be physically dragged from one point to another, lest they get taken away by hordes of enemies you can do very little about (armed only with a wooden stick, no less).

Why we love it: Ico’s use of Yorda, the princess that the player must guide through the game, is more of a puzzle design tool and only becomes anything like a hindrance when she is dragged offscreen by flying shadow creatures. But putting that aside, Ico is a beloved classic not just for its emphasis on the relationship between Ico and Yorda and their escape together, but for its interesting level design and puzzles, which mostly hinge around getting Yorda from A to B through clever use of physics, elements and levers. And if you get stuck long enough, the princess might actually get up off her arse and point you in the right direction (literally).

The 3rd-person climbing and jumping set the groundwork for the future of the genre.

The gameplay also saw Ico clamber around environments in such a way as to provide the DNA for many modern action-platformers like Prince of Persia: The Sands of Time right the way up to Uncharted and Tomb Raider. It’s worth playing the HD edition of this game as it is probably more influential than you may realise.

What it technically is: A platformer in its purest sense: attempt jump, die, and repeat until skilled enough to be successful. It just so happens that it’s also exclusively first person.

Why we love it: A game based on 1st-person platforming was never attempted before or really since Mirror’s Edge. Platforming works because players are able to see the character’s feet at all times and are aware at any given moment of the player’s position in relation to the world around them. Many 1st-person shooters in the late 90s (I’m looking at you, Turok) often included some type of jumping puzzle, and having to run so far off an edge so that it moves off the bottom of the screen before hitting jump can cause all sort of problems, chiefly running off edges. This was something that DICE obviously realised, as this occurs very little if at all in Mirror’s Edge.

Moments such as these work well regardless of perspective.

Mirror’s probably had some rough spots, and players were often frustrated by being repeatedly gunned down while trying to navigate some sort of ledge, but when the game hit its stride, the 1st-person free-flowing parkour truly gave a sense of speed and traversal, to the point where many cried out for a sequel (which EA is now happily providing). 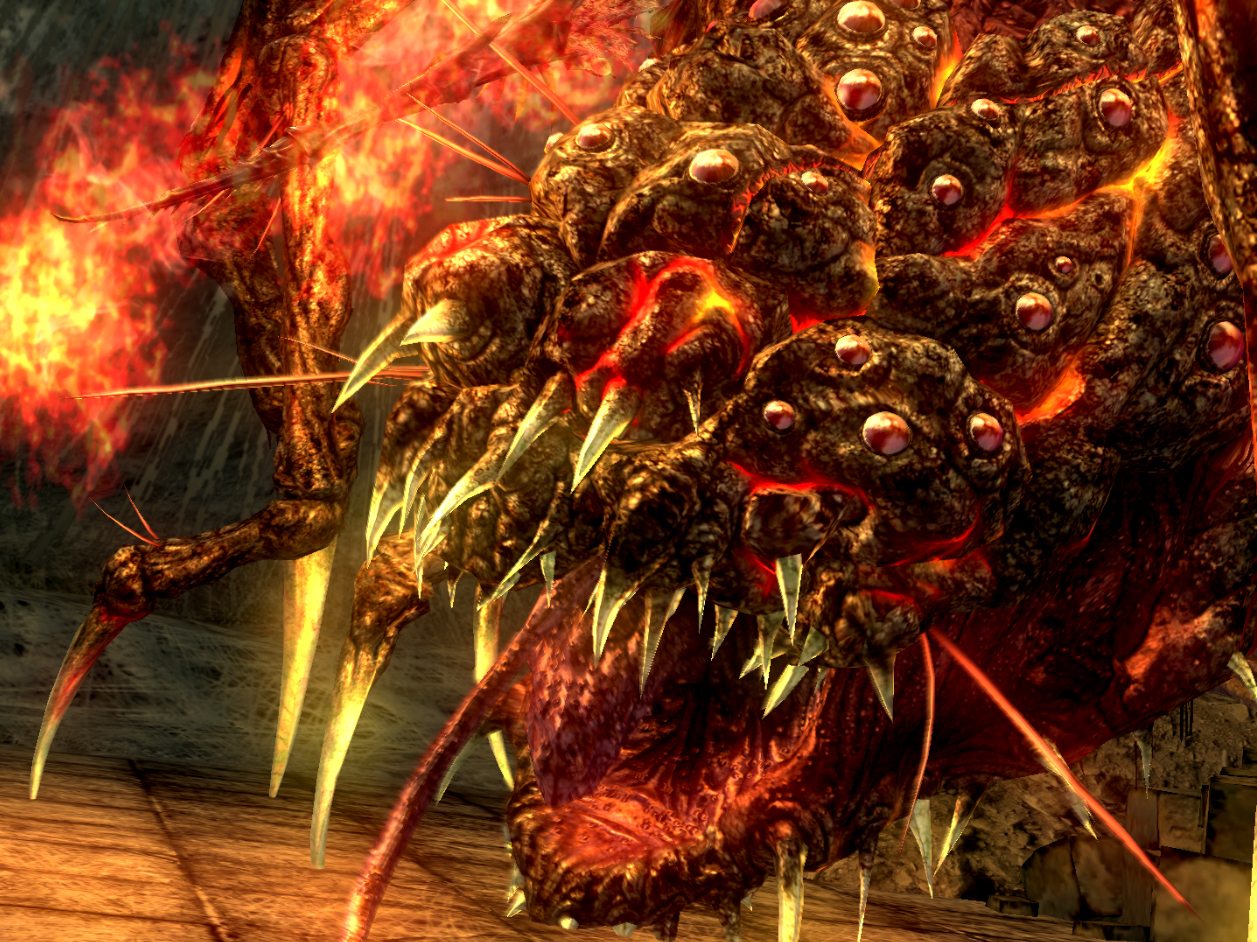 What it technically is: It’s an ultra-difficult and masochistic descent into gaming hell and back.

Why we love it: It’s an ultra-difficult and masochistic descent into gaming hell and back, with giant spiders.

So there you have it. It just goes to show that to ably appreciate what a video game is and whether or not it’s good, you simply have to get your hands on it and play it, experience what the creators intended, and decide based upon the medium’s intended outlet as opposed to videos, trailers, screenshots or sometimes even a description.