The Doom That Came To Atlantic City launched last year on kickstarter, and it smashed its $35,000 goal with a final total of $122,874. With that amount of money you would expect The Forking Path to be able to deliver the board game at the very least, but sadly not. Last week project lead Erik Chevalier posted on the Kickstart update that:

“Every possible mistake was made, some due to my inexperience in board game publishing, others due to ego conflicts, legal issues and technical complications. No matter the cause though these could all have been avoided by someone more experienced and I apparently was not that person.”

Sometimes things go bad. People with lack of experience or bad luck prevents these things, but that isn’t the end of the tale. Just where did all that money go? Well that is explained to:

“After paying to form the company, for the miniature statues, moving back to Portland, getting software licenses and hiring artists to do things like rule book design and art conforming the money was approaching a point of no return”

Well back up there a moment, Paying for the company to move to Portland? The Kickstarter fund was not supposed to cover that little cost, and many fans noticed that. Rightfully raising hell over this serious misuse of money, backers were left with little else to do than comment back and wait for possible refunds. Further clarification can be found on another update made by Chevalier here.

Thankfully there is both good news and bad. The good news is that Cryptozoic Entertainment will be releasing the game after the rights defaulted back to designers Keith Baker and Lee Moyer. The two worked out a deal with the publisher and it will be getting an eventual release. The bad news however is that Cryptozoic will not be taking be taking responsibility for the majority of Kickstarter rewards past delivering the game itself. In an open letter from the two designers they further explain what is happening to make sure this game has a future.

While this story doesn’t have a happy ending, it isn’t all doom and gloom. While highlighting the dangers of crowdfunding in the wrong hands, it could have been much worse. The game can now be viewed Cryptozoic here.

What do you think? Did you back, do you want this game or just sticking around to see how bad this car crash could get? Let us know in the comments. 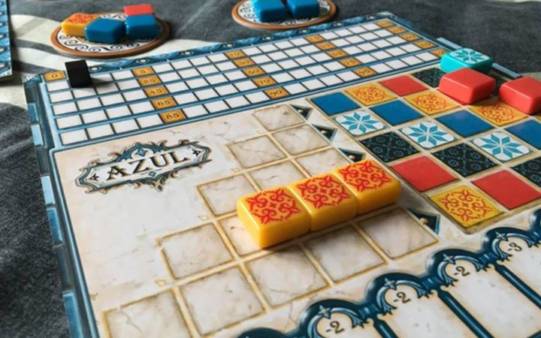