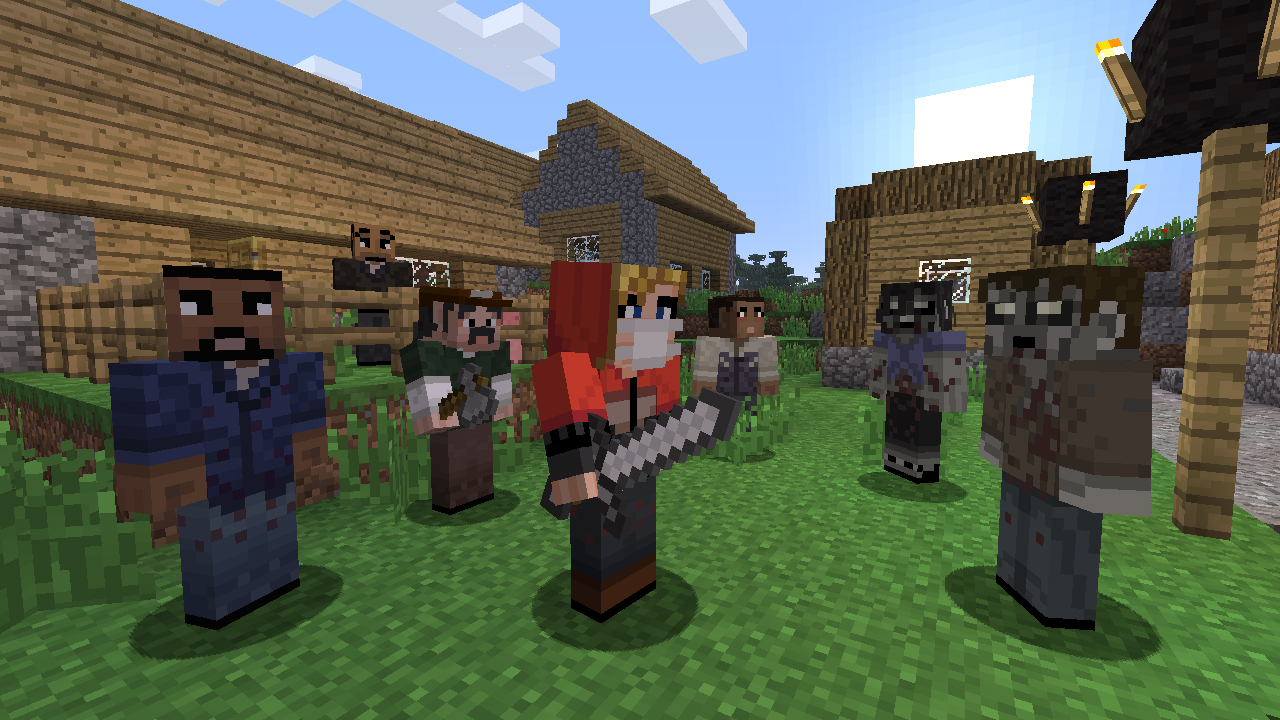 In what seems like a match made in heaven, the survival-horror aspect of Minecraft just got a little more post-outbreak.Telltale has released new screenshots of the Walking Dead skin pack for Minecraft: Xbox 360 edition. So far given the title of Skin Pack 5, the pack will feature 7 new skins, two of which are the actual walking dead, so you can enact your wildest Walking Dead fantasies. The skins are based on Telltale’s game of the same name, which recently saw the release of the 400 Days DLC, which we rather liked.