Mass Effect is one of the biggest sci-fi gaming franchises in existence at the moment and has been touted as the Star Wars of our generation by many. If that’s true then Mass Effect fans everywhere could be in for some rough times in the near future.

You see we’ve had our original trilogy. Mass effect set the ground work, introduced the major players and established the universe…much like A New Hope. Mass Effect 2 then swept in, bringing with it a much darker tone…that would be our The Empire Strikes Back then. Finally Mass Effect 3 united the galaxy to bring the big bad to its knees, kind of reminiscent of The Return of the Jedi don’t you think (minus the Care Bears thankfully). However if we follow this train of thought any further then we end up in a truly horrifying place…the prequel trilogy.

Thankfully Bioware have shown a little more competence then George Lucas in recent years, but where can the Mass Effect series go from here? This question applies to both gameplay and setting, but we’re here to look at settings on offer.

Prequel vs Sequel vs Sidequel is the first major question we have to deal with. Sequel seems the least likely here for a few reasons, but mostly because of the ending to Mass Effect 3. It doesn’t matter which ending you picked, they all did one important thing that pretty much cripples the idea of a sequel…they destroyed pretty much the entire Mass Effect universe. No not the actual universe, planets races etc. but more the feel of the universe.

All of the races have gotten together in a giant friendship circle and beaten the greatest threat the galaxy has ever known. The mass relays are kaput, even if only temporarily. Every home world has been decimated, the citadel is in ruins… hell the whole galaxy is in ruins. People like playing World War 2 games, but how many games have you seen set in 1946 Berlin where everyone is just sweeping up the mess?

Imagine this, but in space.

The Mass Effect universe is going to need hundreds of years to recover, if not more. Sure you could set it much later than that, but then you lose the connection to the original games. Another point to the detriment of the sequel idea is the Reapers themselves. As I said earlier they were the greatest threat the galaxy had ever known, and more importantly could ever know. What could possibly follow on from the Reapers that would raise the stakes without instantly eating the entire galaxy for breakfast? Nothing.

The Leviathans are still kicking around at the end of Mass Effect 3 but they had their butts royally handed to them by the Reapers in the first place, so even they couldn’t do the job as the new villains really. 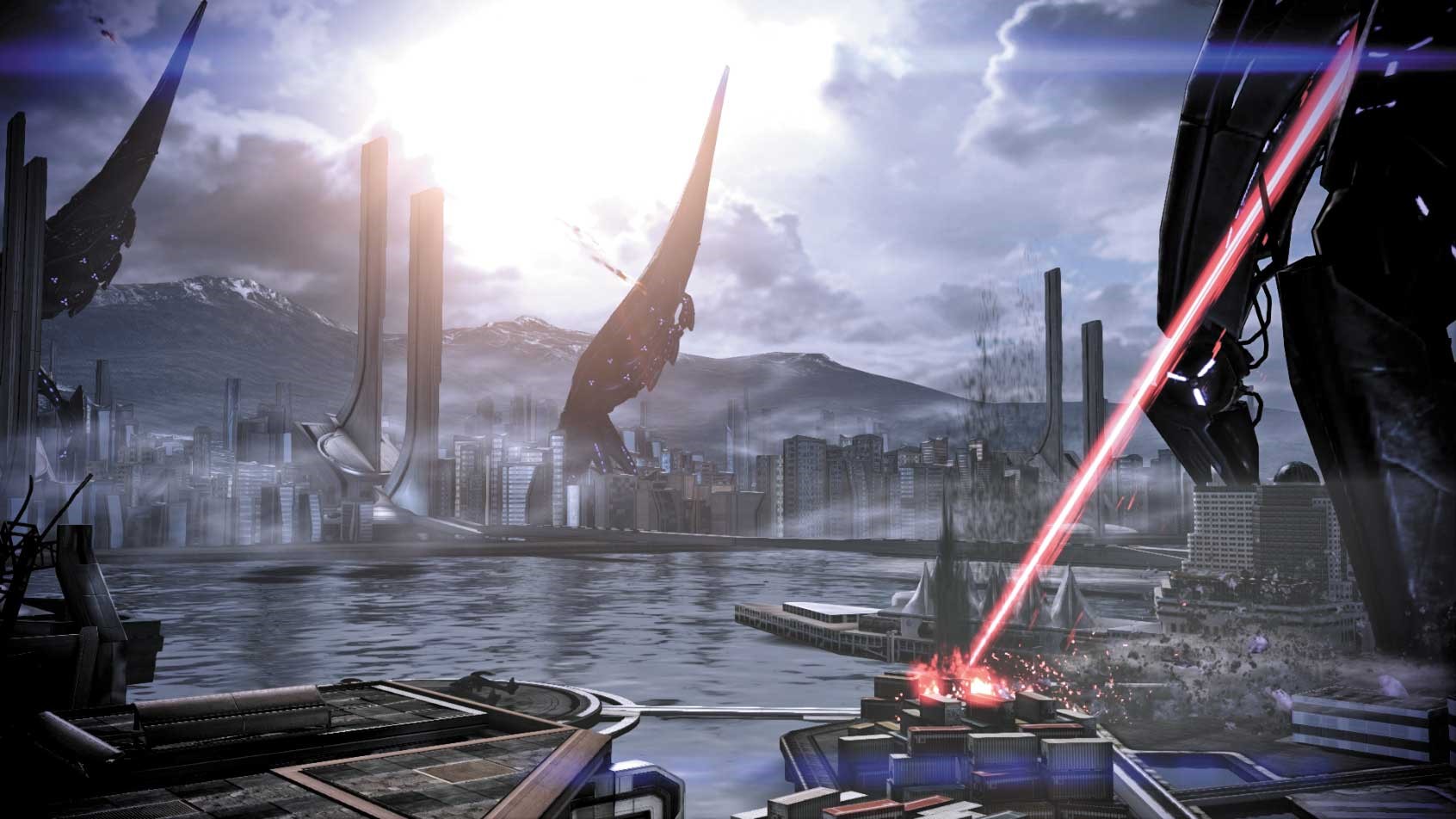 All of this aside, if you are going to have a sequel and not set it stupidly far into the future, then which ending becomes canon? The endings, whilst all very similar in terms of wrapping up the Commander Shepard trilogy, would lead to vastly different universes afterwards. There is no way Bioware could make a game which could fit with all four endings, especially not the extra one they tagged on in the Extended Cut. So they’d be forced to make an ending canon, which they simply wouldn’t do as it would be a final kick in the teeth to everyone who’d completed the original Mass Effect trilogy.

So that’s the sequel idea out the window, what about the dreaded prequel, the destroyer of franchises?

Well in all honesty this is probably the best way for Bioware to go with the Mass Effect Universe. With their somewhat suspect decision to tear their beautifully crafted universe apart in the Mass Effect 3 finale, going back in time to before the Reapers ripped up the upholstery seems like the only way to continue the franchise. But Mass Effect has a pretty fleshed out universe, so Bioware will be spoilt for choice as to the setting of their game if they decide to go down the prequel route. Let’s start in the recent past and work our way backwards through some of the more interesting periods in galactic history. 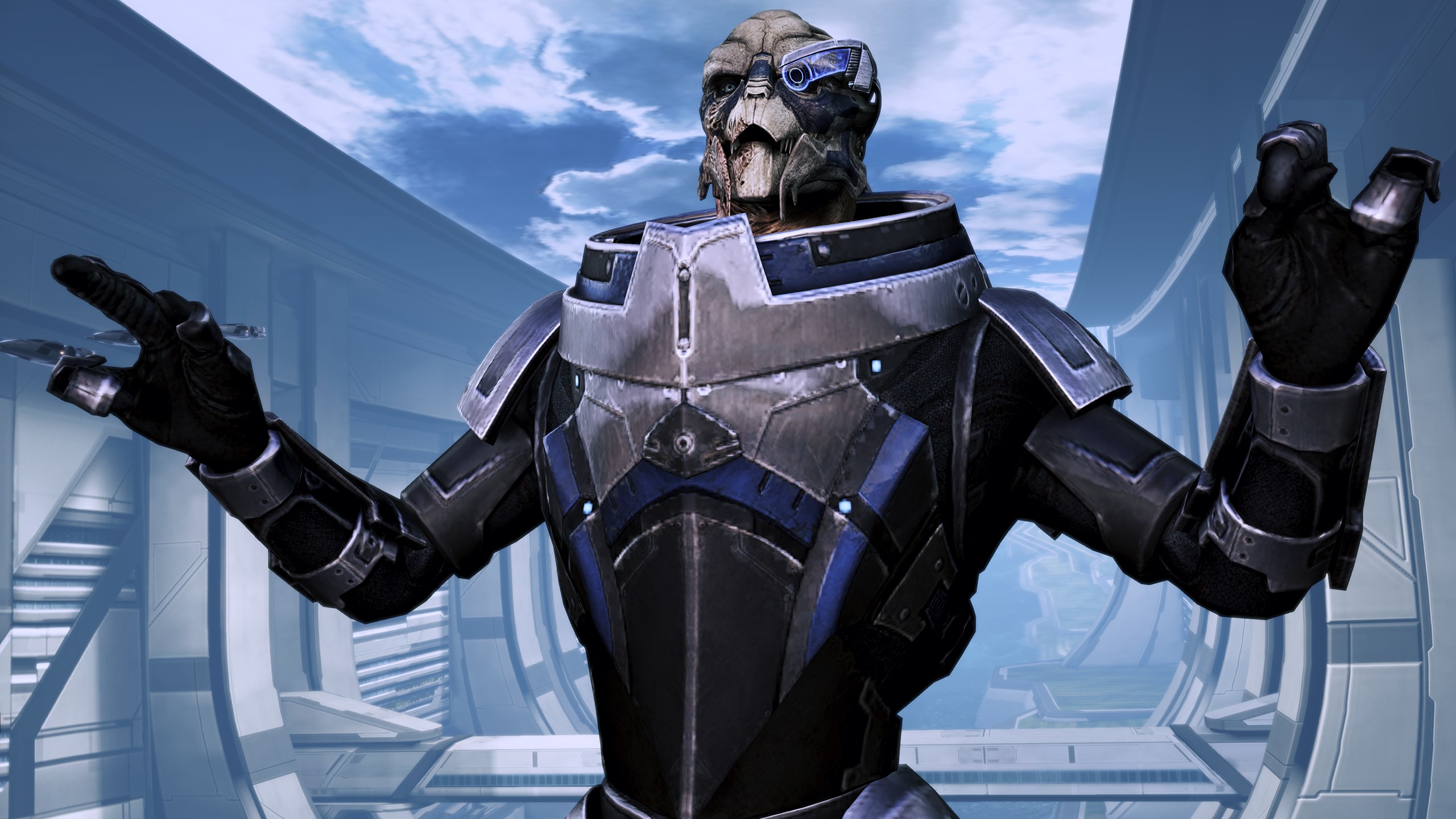 Little known fact; Garrus in also a conductor in his spare time. Here he is performing Für Elise with the London Symphony Orchestra.

The first port of call for this whistle stop tour is the First Contact War. You remember all that bitterness between the humans and the Turians? Remember Pressley and Williams being all racist in disguise? Well that was all because of the First Contact War. The First Contact War was a relatively small engagement between the Systems Alliance and the Turian Hierarchy in 2157 CE, 24 years before the original Mass Effect. Long story short the Turians see us stupid humans messing with a mass relay that has a do not disturb sign on it and decide to start a war over it. Its lasts three months and then everybody says GG, shakes hands and humanity joins the galactic community.

It would be nice to be fighting a slightly less evil enemy for a change, and it could certainly make for a nice stand-alone title but the First Contact War couldn’t support a series of games, it just didn’t last long enough.

So what if we went a little further back in time, say to the Geth Uprising? The Geth, machines created by the Quarians as a source of cheap labour, become self-aware. The Quarians naturally soil themselves and try to wipe out the machines before they revolt. The Geth then proceed to open a can of whoop-ass on the Quarians who are forced to flee their home world of Ranoch. Bad times. Again, this doesn’t seem like enough to fill out a full series of games. Also we’ve been blowing the Geth to bits for three games now, it’s time for some new central bad guys. 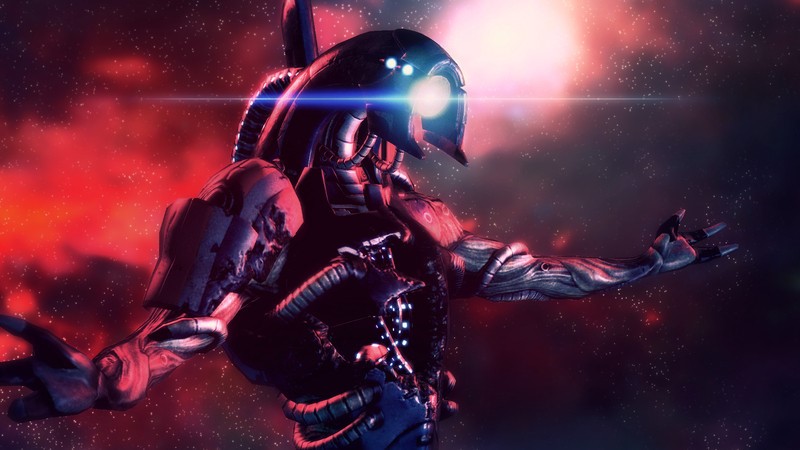 Sadly things don’t get any better if we delve deeper into the Mass Effect lore either. Whilst both the Rachni Wars and the subsequent Krogan Rebellions sound good on paper as settings for a game, neither of them would work in practice. Why not? Well for starters there are no humans. Most gamers need a recognisable face to identify with and we wouldn’t get that if we went pre first-contact. Add to that the fact that we know how it ends and you’ve really got no suspense, no mystery or drive for the plot. A game set in this era could explore the concept of the Rachni being corrupted by the reapers, as we learned they were in Mass Effect 3, but again this mystery really isn’t meaty enough to be the basis of a whole game.

OK so we’ve pretty much ruled out any kind of prequel set during the current Mass Effect cycle i.e. since the last Reaper combine harvesting session. But we could always drop another level and go chill out in the Prothean cycle. The series could start with the Protheans fighting the Metacon War against the machines that rebelled against them in their cycle. Then BAM! Reapers messing up the galaxy. From there we follow the last, desperate actions of the Protheans as they try to survive the Reapers’ genocidal campaign. 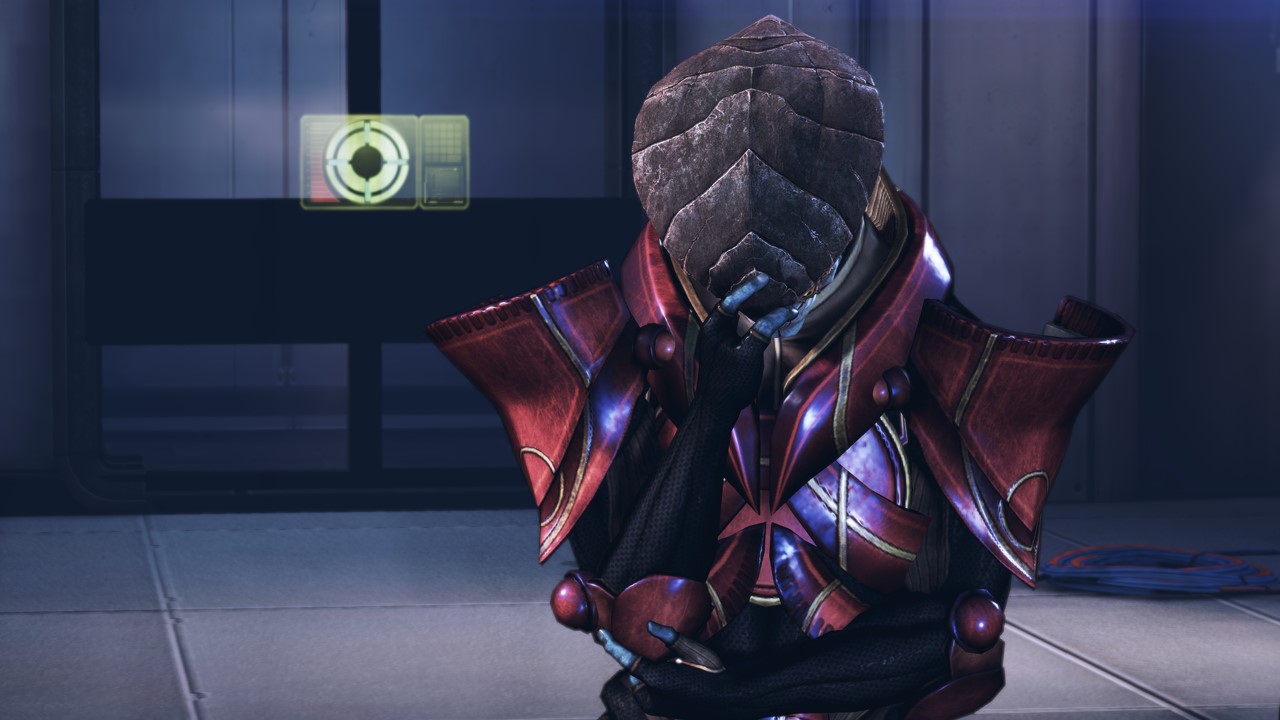 Out of all the prequel ideas, I like this one the most. The only major problem it, and most of the other prequel ideas have is that there would be no humans. Would Bioware and EA be brave enough to cut the human race out of the next Mass Effect series? Would people lose their sense of attachment if they didn’t have a recognisable face or two to sympathise with? I’m not so sure about that last question, but I am pretty sure EA wouldn’t touch the before-humans concept with a ten-foot barge pole, which is a shame.

So there we have it. We’ve spanned over 50,000 years of Mass Effect prequel lore and not found a single working idea for a new game. I guess that’s why I don’t have a job at Bioware’s writing department. But fear not, for there is one final hope, one shining Prothean beacon that shall guide us to our next Mass Effect game…the side-quel.

First things first, yes it’s a real word, we checked. OK I lied we didn’t check, that’s effort. Anyway a side-quel, for those of you who don’t deal in made up words, is a game that runs parallel to the original trilogy but showing a different set of events or the same events from a different point of view. Now this is an idea we can get behind. We get to keep our beloved universe, before space magic and the end of times and all that jazz.

Of all the possibilities, a side-quel seems the most likely to me with regards to the next Mass Effect game. A sequel couldn’t work without a ‘canon’ ending, not to mention nothing could follow up the Reapers as a threat. A prequel excludes the humans, which would leave many struggling to identify with the plight of the races and characters. A side-quel fits nicely as we stay in the universe and time-frame that we’re all familiar with. This also leaves us room for an epic amount of fan-service with regards to the new plot intersecting with Commander Shepard’s story, which would be fantastic if only to here Mark Meer/Jennifer Hale utter Commander Shepard’s immortal line one more time.

And on that note…I should go. 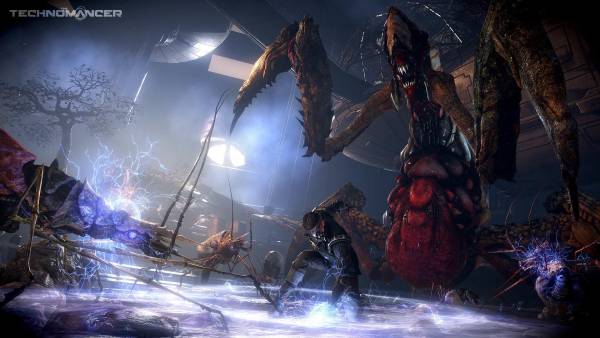 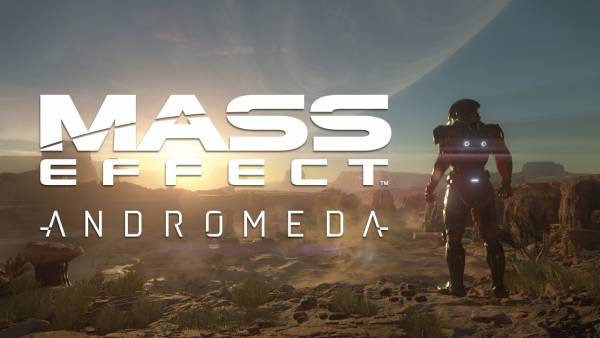 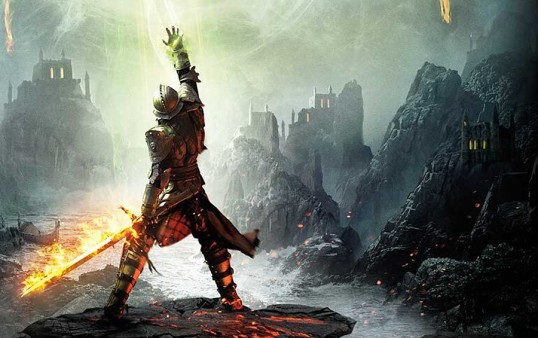 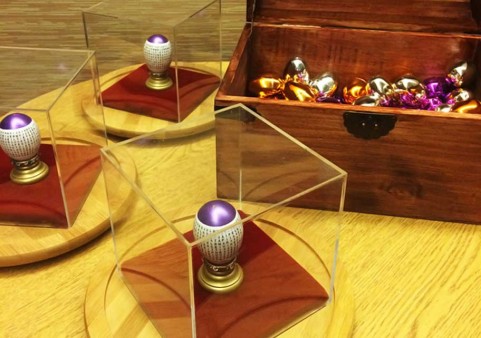 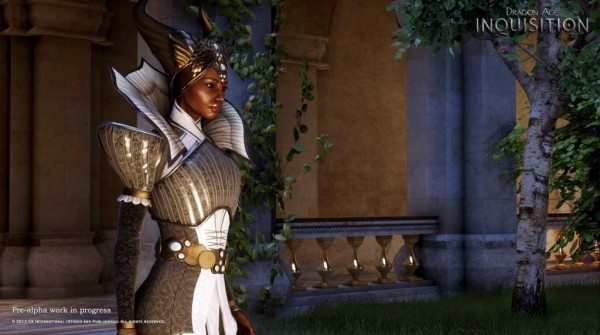