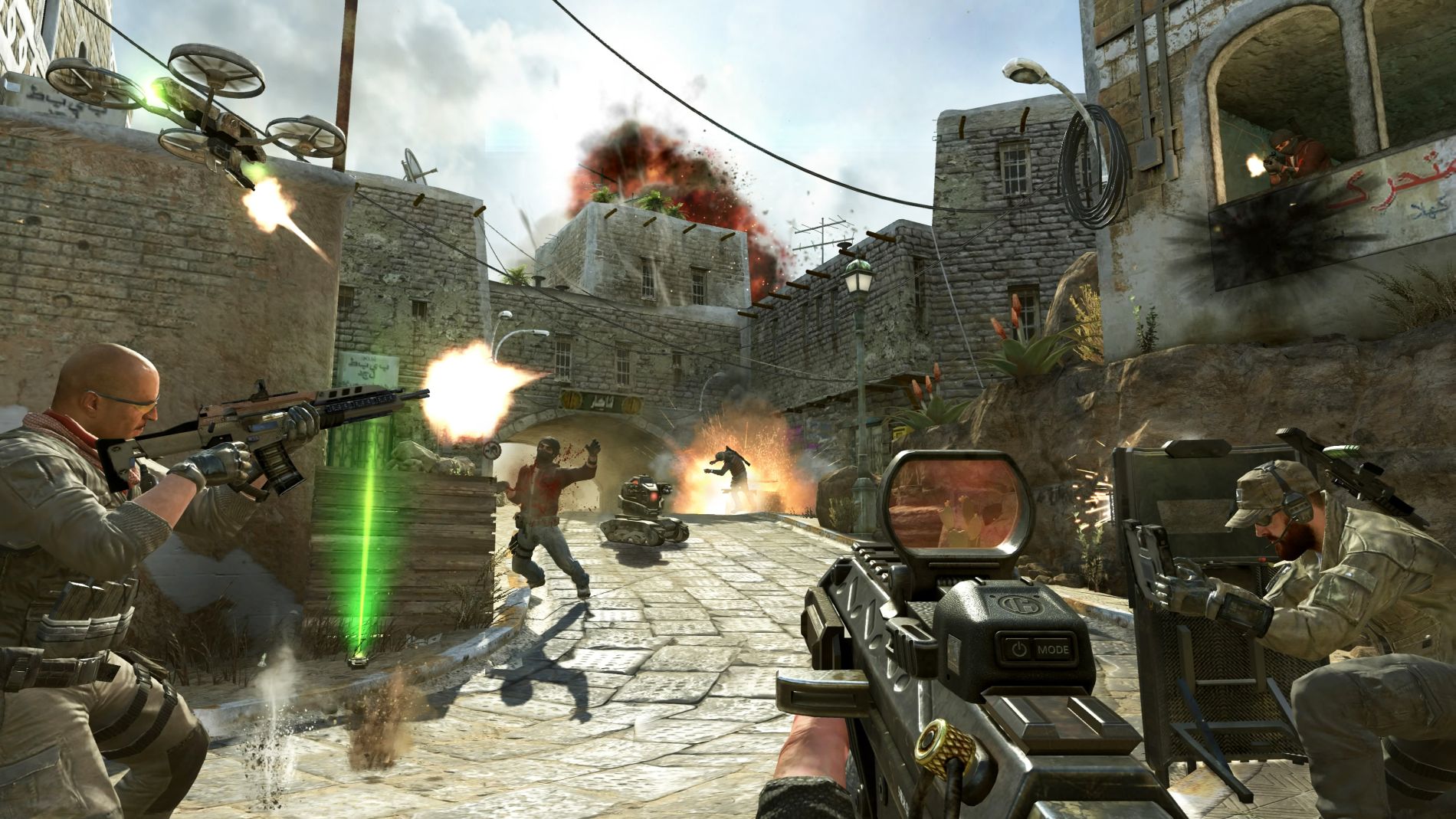 David Vonderhaar, design director on Call of Duty: Black Ops 2 has come under fire from the community after the release of a game balancing patch this week. The tweaks made to the game involved balancing specific aspects of certain weapons.

The patch, released yesterday, made the following tweaks to weapons within Black Ops 2. The AN-94 lost a bit of power by having its damage reduced and the DSR and Ballista weapons saw a reduced rate of fire.

These minute changes to the gameplay of weaponry has caused twitter using members of the community to be very vocal about their opinions with one user saying, “End your ******* life you cancer **** i will **** your daughter,”.

These harsh words, and many variations of them, cause Vonderhaar to casually respond to the remarks also via twitter.

“Not sure these fractions of  seconds are worth the threats of violence. Guns have powerbands and learning curves. Over time, both change. As one goes up, so does the other. That’s the short answer to “why now.””

As a response to this backlash at the developer, Activision’s community manager, Dan Amrich, felt it necessary to go deeper into the backlash of what the community have so absent mindedly said.

“If, in the course of millions of hours of gameplay and the data to go with it, weapons are found to be more effective or less effective than they should be to keep that performance balanced, they are adjusted,” he wrote. “This has happened with every Call of Duty game that’s come out for the last few years, and it will continue to happen.

“Yet Vahn often gets told he should die in a fire or kill himself or is a horrible person. If anybody thinks for a second that this is okay, it is not. But if the loudest voices in the Call of Duty ‘community’ act like an angry mob instead, guess how the entire world views Call of Duty?

“Role-play this for a second. When you make a mistake — because you do, we all do — how would you prefer to find out that there is an issue? Would you like someone to just say ‘hey, I noticed this and I think it’s not quite right; are you seeing what I see?’ Or would you react better to having someone scream in your face that since your mother didn’t have an abortion, you should commit suicide instead?

“This is not the way to show a developer that what they do matters to you. Not at all. If you enjoy your games, have a little respect for the people who make them — and stop threatening them with bodily harm every time they do their job.”

As an aspiring Games Developer it hurts deeply to know that people can be so cruel to those creating the games that they love and to members of the Call of Duty team affected by these vocal members of the community I feel sorry on their behalf. It isn’t fair on those who just want to help provide people with games they enjoy to receive this kind of hate over something so minuscule as a tiny patch to some weapons. I hope that as a community we can mature and make it so these vocal immature gamers learn how to properly behave. For the good of the gaming community, it will help other media forms to better accept us a form of entertainment.

How do you feel about the backlash against Vonderhaar about this patch and how does it make you feel that these kinds of people are members of our community? Let us know in the comments.