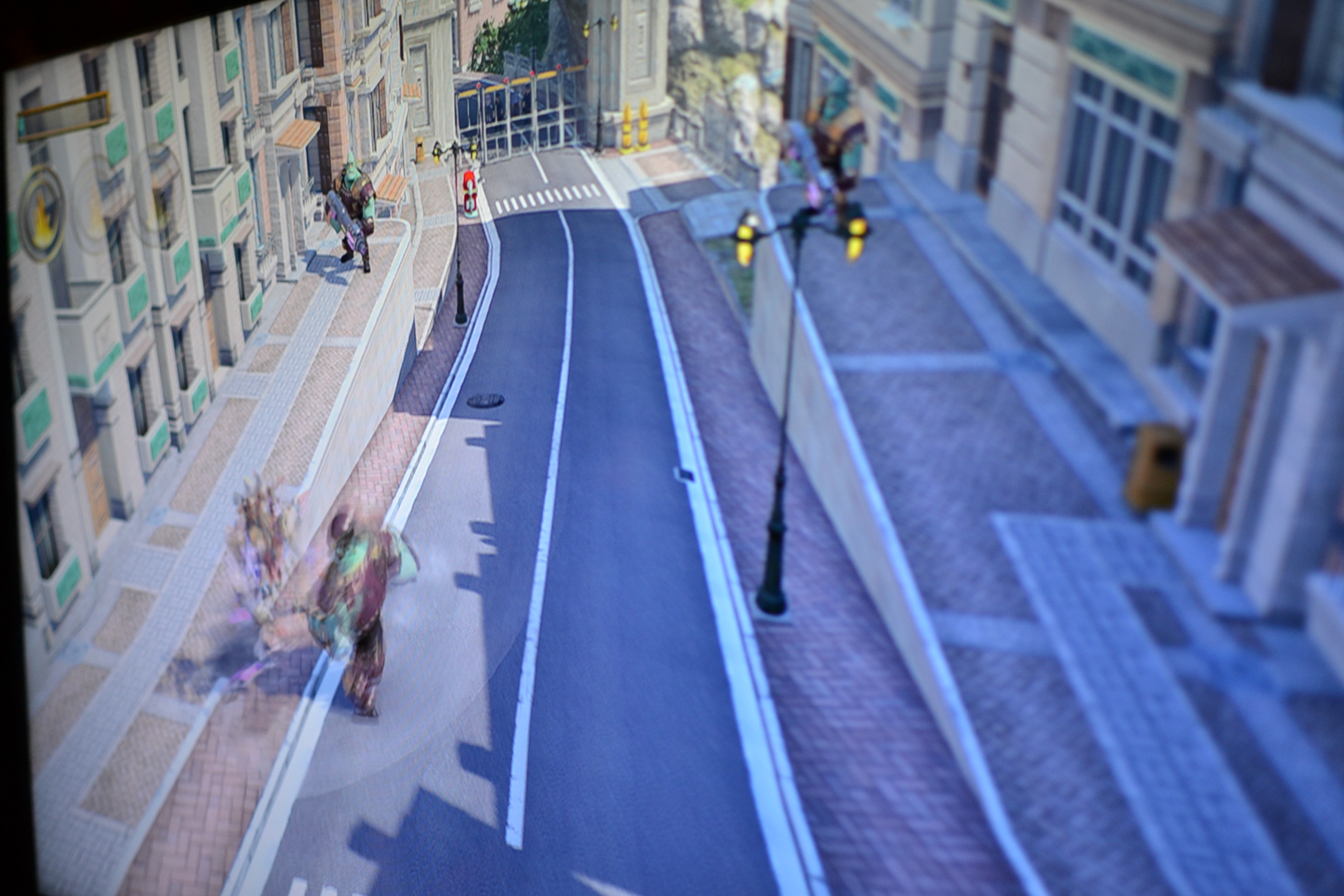 After we made our way into the Sony PlayStation event hall and actually managed to find the PlayStation 4 demo area, (up some stairs, dammit Sony we are that fit) Knack was the first game I saw, and I have to tell you; it looked pretty magical. Oddly enough, there weren’t that many people playing the demo which is a shame because Knack actually turned out to be one of the most enjoyable games I played for the PS4.

I’m having FUN, do you see that? I am having FUN playing a video game!

Knack is a little creature made up of relics and various debris to give him a humanoid form. From what we have seen he cannot talk but he does have a personality and he has joined with the humans to help fight off the Goblin invasion. Knack’s main power is that he gets larger and more powerful as he collects debris and relics but get smaller when he loses them by taking damage. This is great way to make players not want to get hit, they lose power and Knack himself looks weaker.

The demo could be played on three difficulties; easy, normal and hard. I decided to give hard a go to get the best experience from playing what I expected to be a short demo. Starting off in a town, a mid-sized Knack was tasked with heading through the linear town beating up goblins with guns, rocket launchers and axes.

First things first, hard mode is actually hard. I died lots of times because I was not being careful and rushing. This is a good sign as Knack does not feel punishing to play on high difficulties, none of my deaths felt cheap or unfair which is a great as it made me feel like I was playing with some skill.

The combat itself is broken up into mashing the attack button to start a chain of attacks, using the right stick to quick dodge and jumping to dodge or attack in the air. After collecting enough relics and gems you can also unleash a variety of special moves depending on what button combination you hit. These are big flashy attacks that deal a lot of damage in a big area so they should be saved and used effectively rather than just spammed, although you can use them to get out of a rough situation if need be.

This system works well; it is simple yet oddly effective. It is reaching back to the old Crash Bandicoot games of level design combining it with God of War-like combat. After struggling through the first section and getting used to the controls and how to look for secrets the demo took me to a completely different zone to play through. 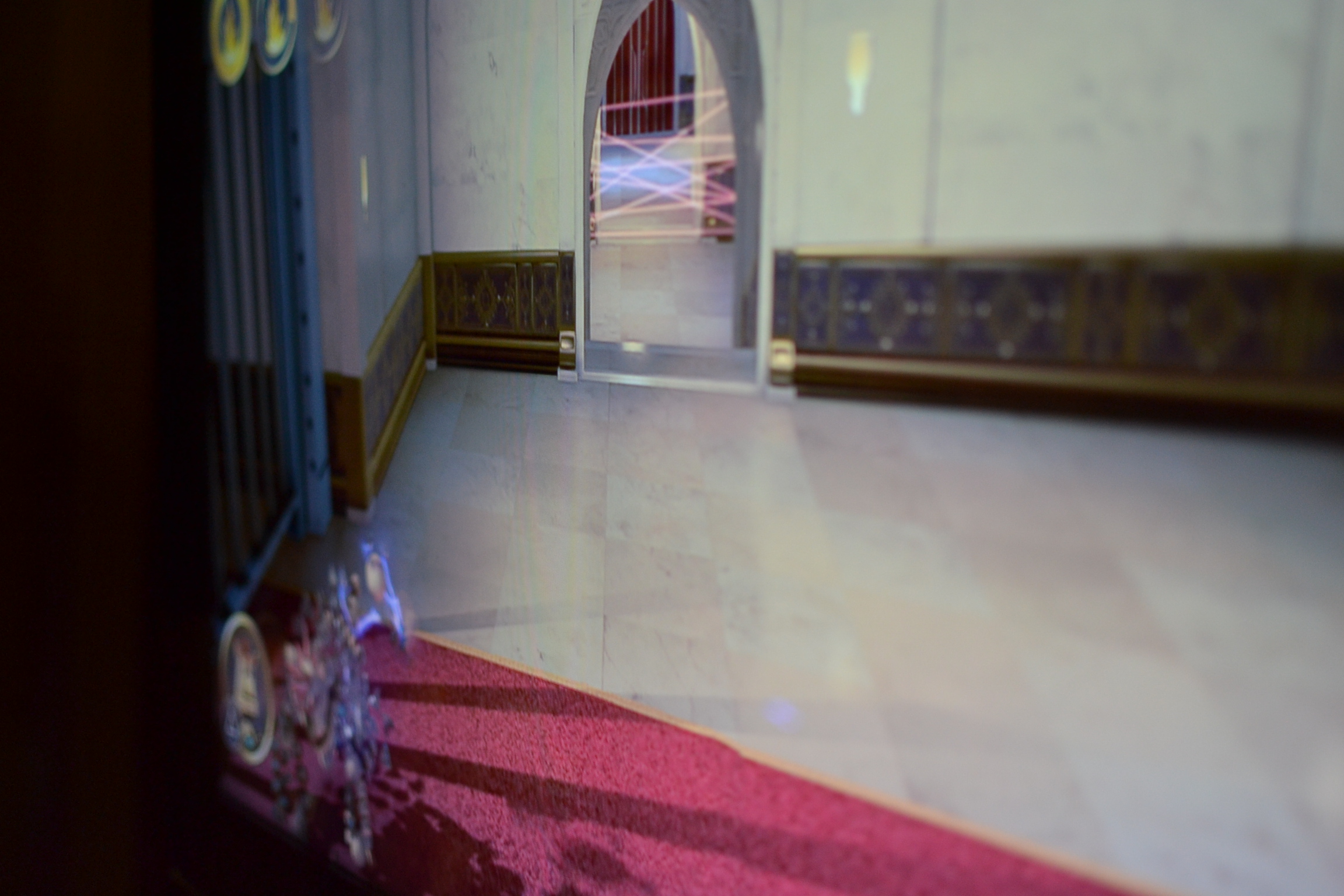 Lasers! My one weakness!

This time, I could change Knack’s modes in order to best fit the situation. In this new area for example, Knack needed to get past a laser alarmed trap. To do this, I had to make him transform into his clear form so he could walk past the lasers and turn them off. After doing this you then have to switch back to normal to fight off the new wave of enemies since the clear form has little-to-no health. What’s nice is that these mode changes don’t seem to be a one trick pony; you can use the clear from for other things as well such as getting into small holes and finding treasure.

After sneaking around some more and finding the exit, the next part of the demo loaded up. In this new area, Knack was in an ice cave filled with more Goblins and traps to avoid. This time when finding relics and debris to join with Knack the ice debris actually changed Knacks appearance adding large icy spikes and ice shards to his design which was a nice change to the norm. According to one of the games producers, Daniel Brook, Knack can absorb various other types of debris to further changes his appearance like wood (as seen in the announcement trailer), so we can look forward to see more interesting and varying forms on the games release.

Something the PlayStation 4 handled really well was the particle effects that effectively make up Knacks body, he can absorbs relics/debris, grow and change his design all at the same time in real time and there is no issue of lagging or texture faults, which was quite interesting to see. However, if Knack is doing to many things at once in game some frame rate issues can develop most noticeably using his Storm like super attack. This may be just an issue with the demo version though.

The ice cave was actually quite beautiful…

After adventuring through the ice cave and revelling in the dynamic reflections and just how cool Knack looked with ice as part of him the demo loaded the last area, the giant stage. Knack was now huge, so big in fact he could one shot all the previous enemies with ease and he could even pick up and throw cars at larger foes! This section was very similar to the first part of the demo, except this time you are giant, and it does a good job of showing just how powerful Knack can become. Everything is bigger, the basic attacks, the jumping and even the special moves. The best thing about this part of the demo however is it still remained a decent challenge to play. This was great as I was worried that Knacks Giant form might be overpowered and make things a little too easy.

After the demo finished I stepped back and realised something. I had a lot of fun. Knack has just about the right amount of charm crossed with a solid action platformer gameplay, which in the end was a decent challenge to play. It has a healthy balance of risk and reward, exploration and puzzles. Adding this on top of a very cool art style akin to Pixar/Disney 3D animations and you get a really solid demo. 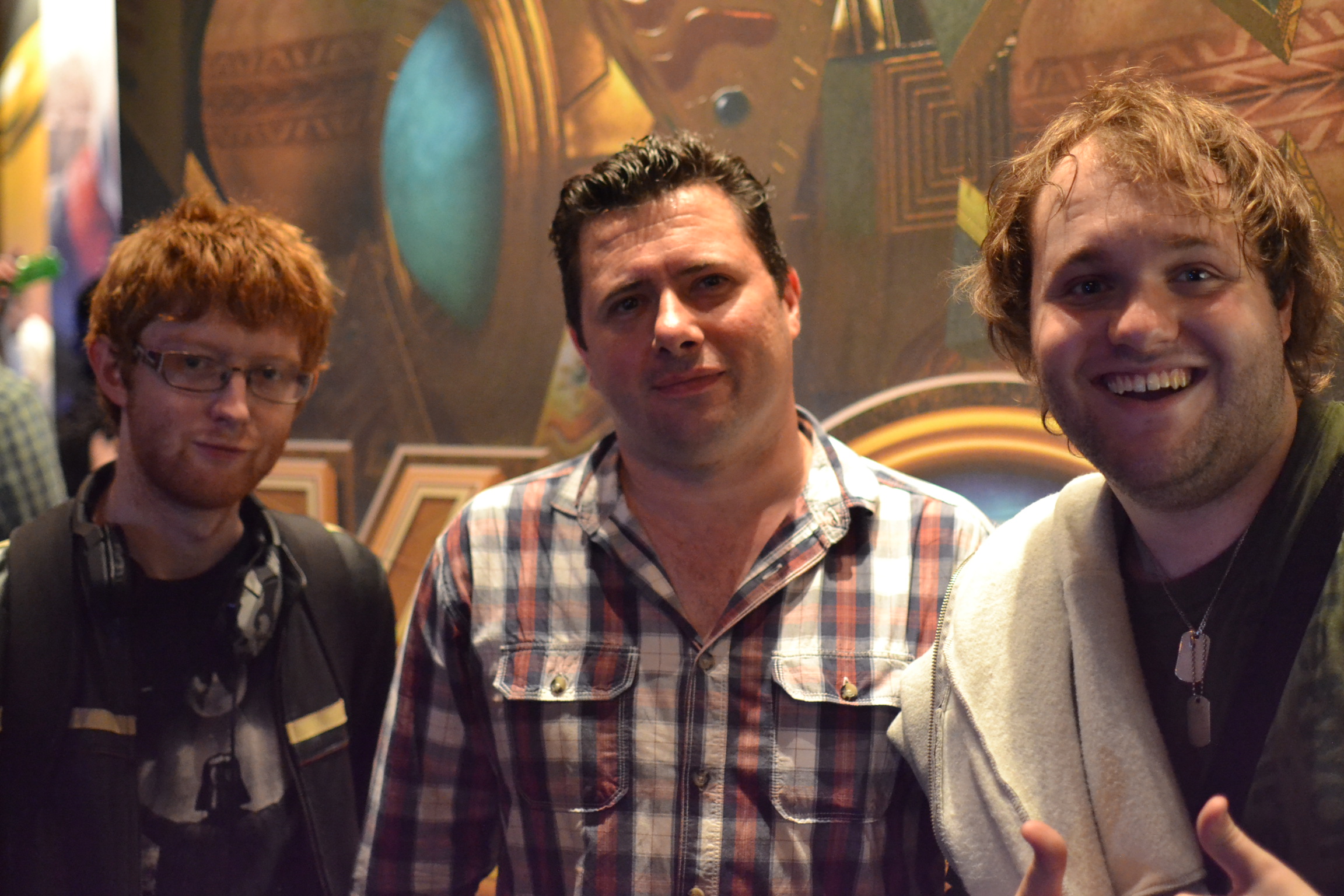 Also, thanks to Daniel Brooke (a Producer for Knack), who played the demo with me!

Knack is a launch title for the PlayStation 4 and it looks like it will be a great title for players of any age to play, so I urge you to pick up this game if you are getting a PS4. Not only will you be sure to get a lot of fun out of Knack and its 10 hour campaign, it will also show you what your new console can do and I am sure you will be impressed!